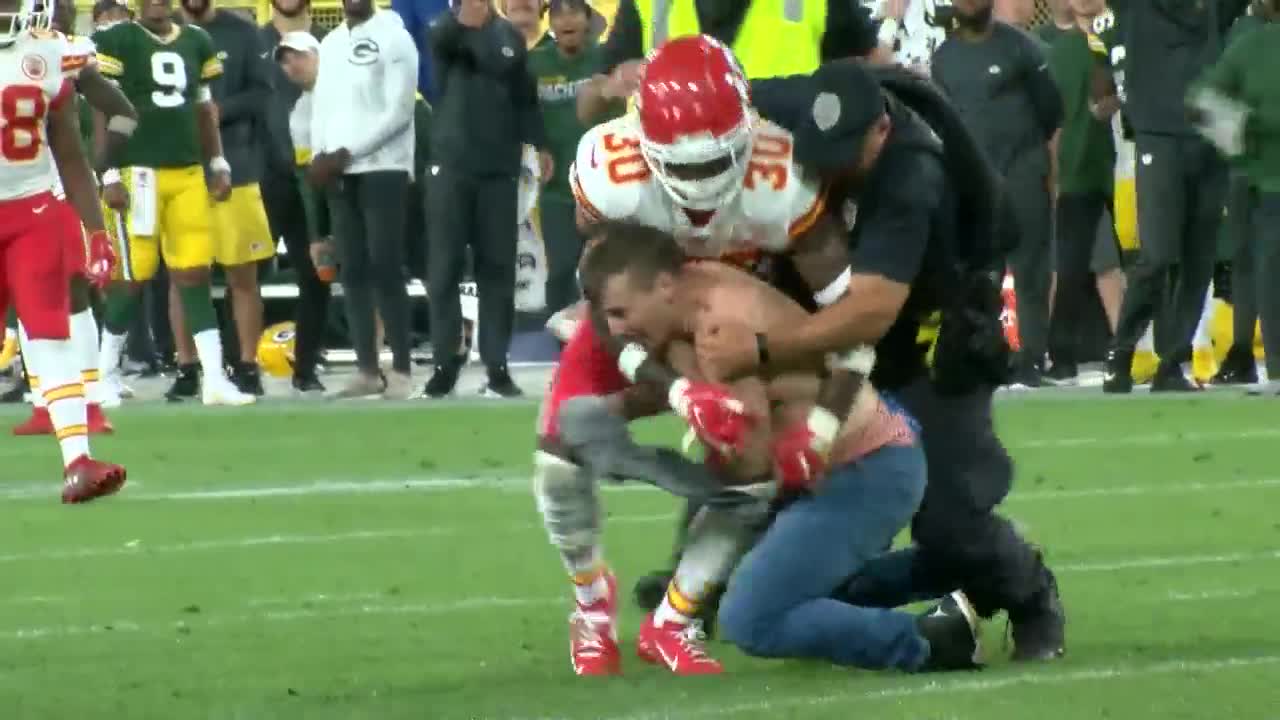 BOOM! A shirtless fan running on the field late in the Week 4 preseason game between the Packers and Chiefs at Lambeau Field was absolutely clobbered by a Kansas City player before subsequently being ushered off the field

If you were watching the Packers take on the Chiefs on Thursday night, you likely saw a 27-20 victory — and a topless fan get completely clobbered midfield by Kansas City safety Harold Jones-Quartey in the fourth quarter.

It was the biggest cheer of the night, according to an AP reporter.

The unnamed man ran the length of the field as he ripped his shirt over his head and did circles around security. A man who gets paid big money to tackle people took matters into his own hands. Literally.

According to TODAY'S TMJ4's Lance Allan, the PG-13 streaker was heard saying to security as he was led through the tunnel, "Did you guys grab my shirt?"

We're going to guess no.