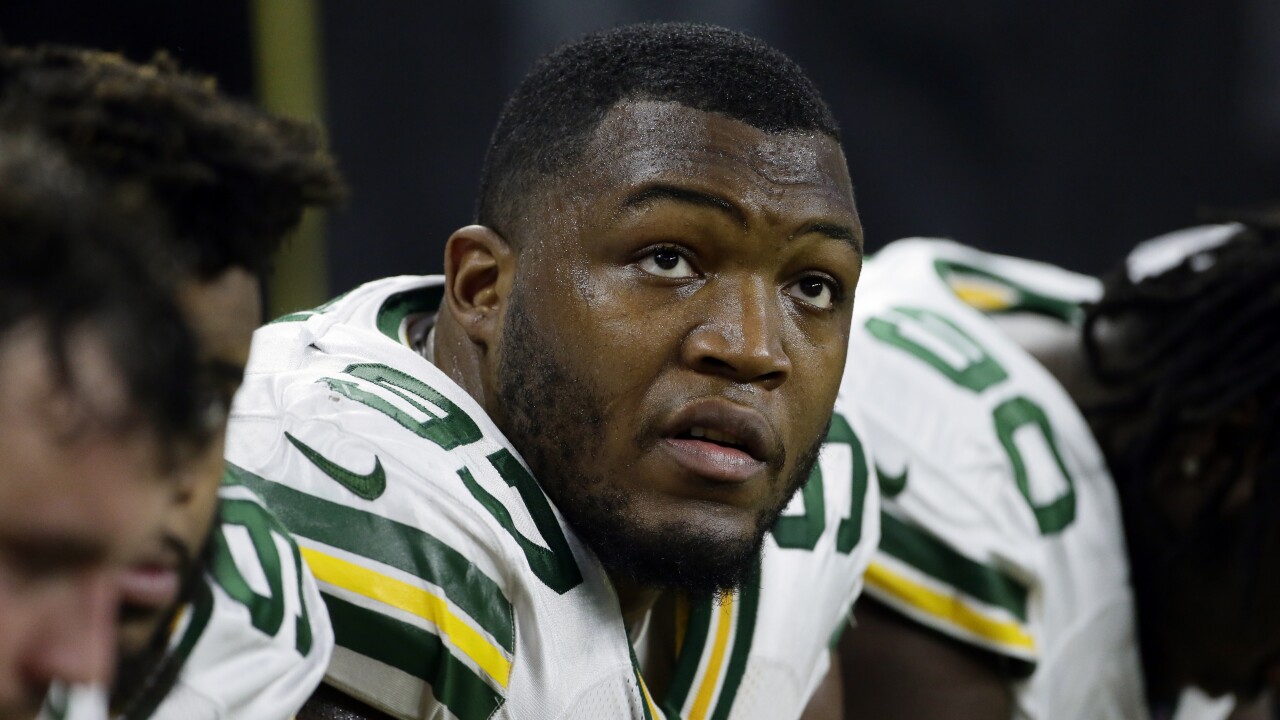 Copyright 2019 The Associated Press. All rights reserved.
Duane Burleson/AP
FILE - In this Dec. 29, 2019, file photo, Green Bay Packers nose tackle Kenny Clark (97) watches from the sideline during the second half of an NFL football game against the Detroit Lions in Detroit. Packers defensive tackle Kenny Clark admits he's surprised at how many players are passing on 2020. Although he is not considering it, he understands why the number of NFL opts outs surpasses the total for Major League Baseball, the NHL and NBA combined. (AP Photo/Duane Burleson, File)

GREEN BAY, Wis. (AP) — Green Bay Packers defensive tackle Kenny Clark won’t be available for Sunday’s game against the Detroit Lions after a groin injury knocked him out of a season-opening victory over the Minnesota Vikings.