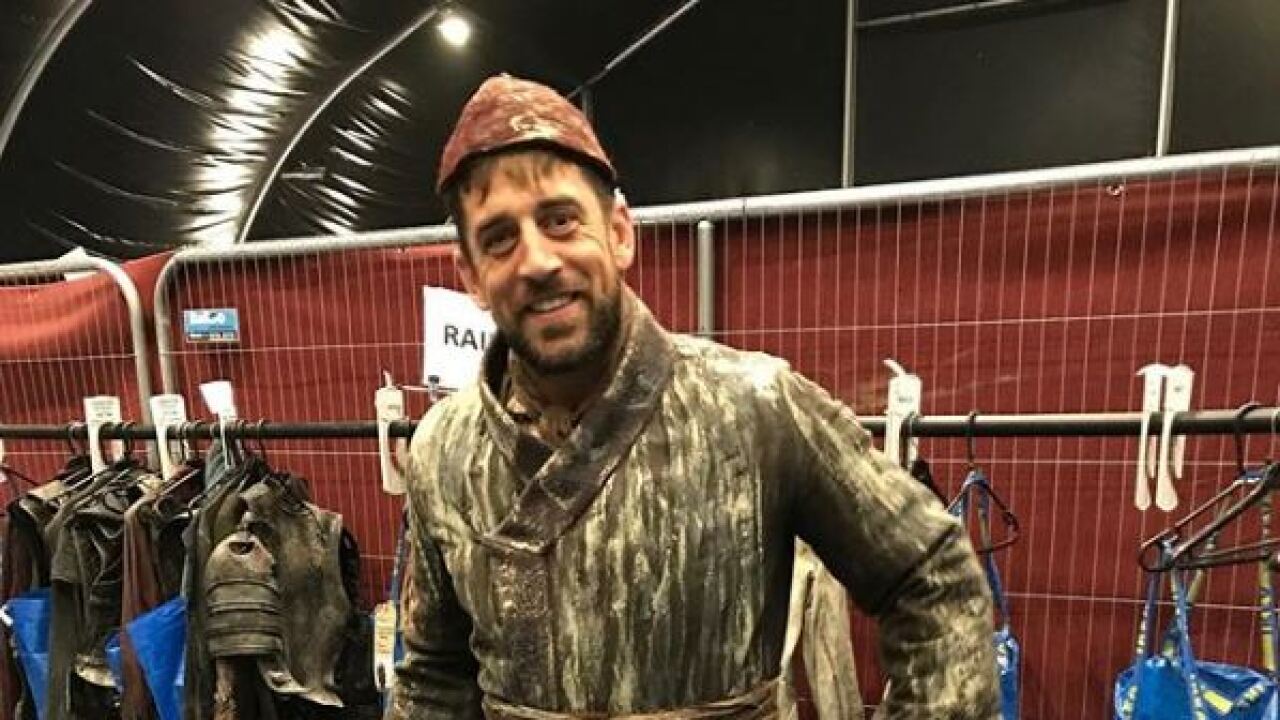 First, a Starbucks cup makes a cameo on a 'Game of Thrones' episode. And now it's Green Bay Packers quarterback Aaron Rodgers.

Rodgers made a brief appearance in the show's penultimate episode, and fans were quick to notice.

Aaron Rodgers got lit up in last night’s #GameOfThrones 💀🔥 pic.twitter.com/9TbuklK9Bq

Rodgers has been a long fan of the hit HBO show. He even hinted at his cameo earlier this month in an interview with Celebrity Page TV.

And this tweet back in April had many fans think Rodgers was heading to Westeros... at least for the fifth episode.

24 hour rule still applies folks, for all those who thought there were better things to do tonight than watch @GameOfThrones #iwaswatching #4moreepisodes #episode5shouldbegood #

Im calling it, you're in episode 5 and you win the war. Lol

Rodgers was even part of a promo for the show's eighth and final season. He coined himself as "Lord Aaron of House Rodgers of Greenwater Bay, the true King in the North."

Time for the Season 1 play by play with Lord @AaronRodgers12 of Greenwater Bay.

Your Binge #ForTheThrone continues with “The Pointy End,” “Baelor,” and “Fire and Blood.” https://t.co/crYx3Euc9u pic.twitter.com/L95Yy8X0q2

"It was just for a few seconds, but I’ll always be thankful to have been on the penultimate episode of @gameofthrones," Rodgers wrote.

The show's series finale is Sunday, May 19th.