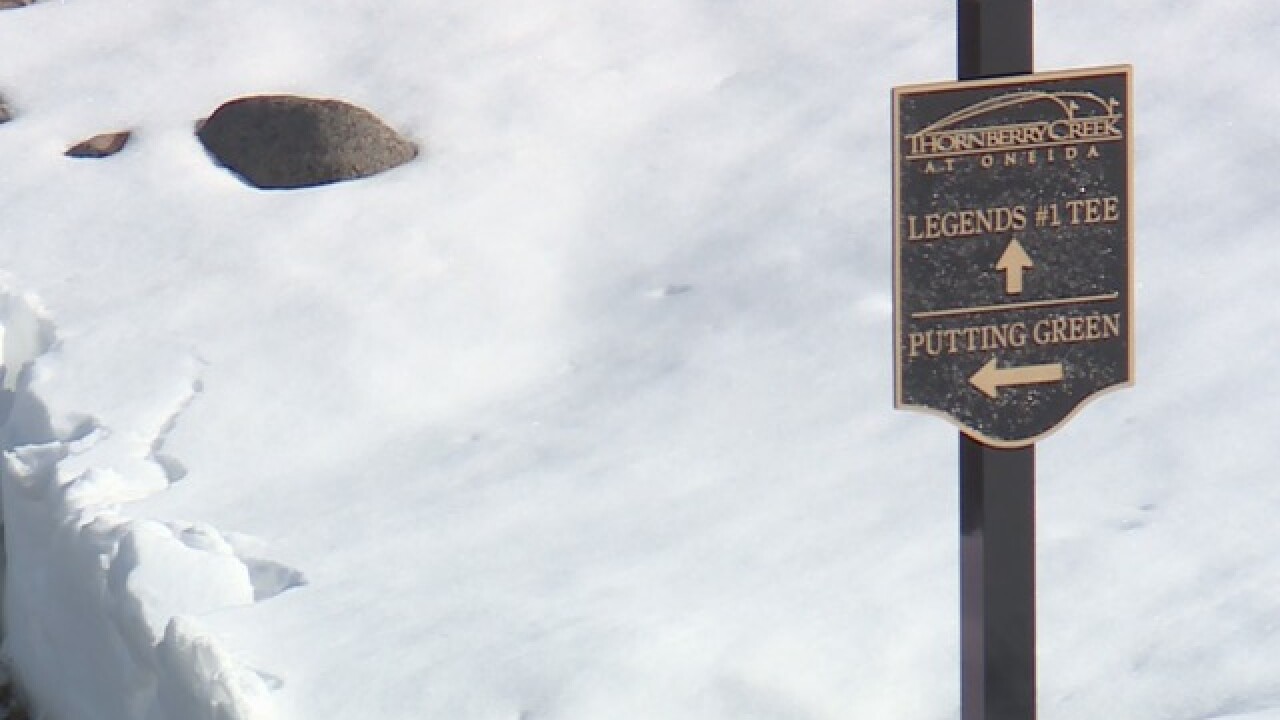 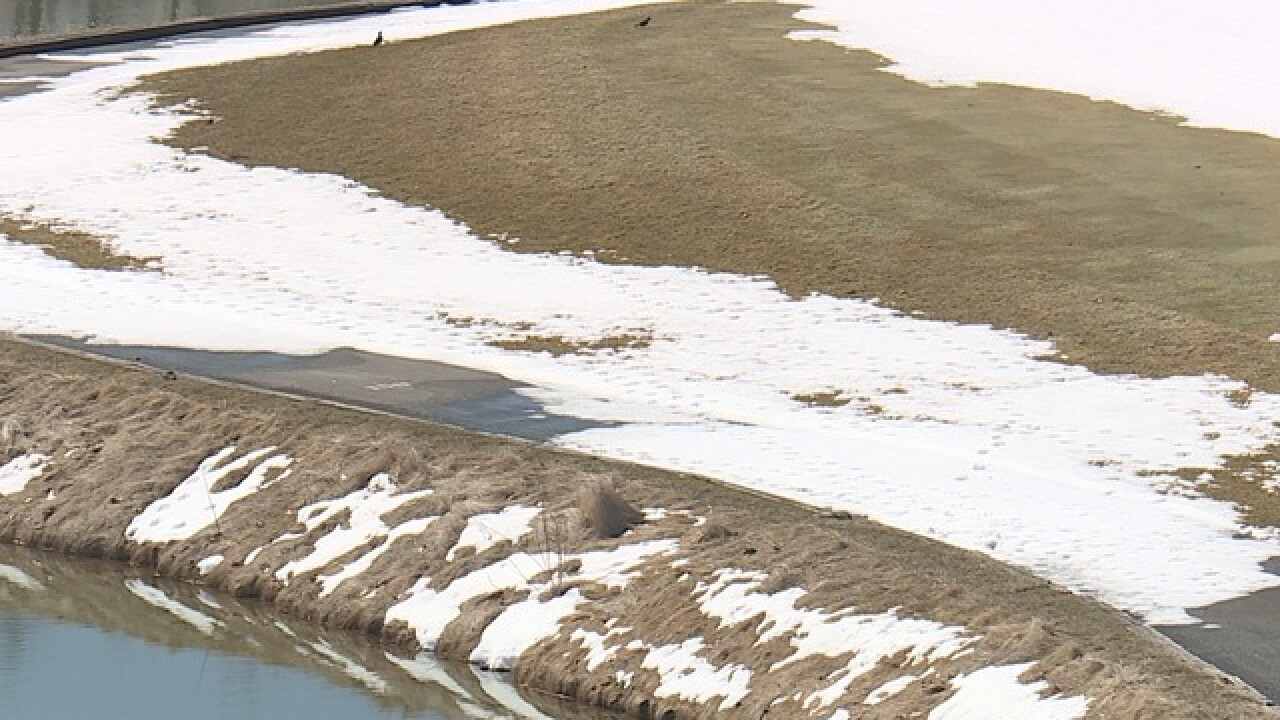 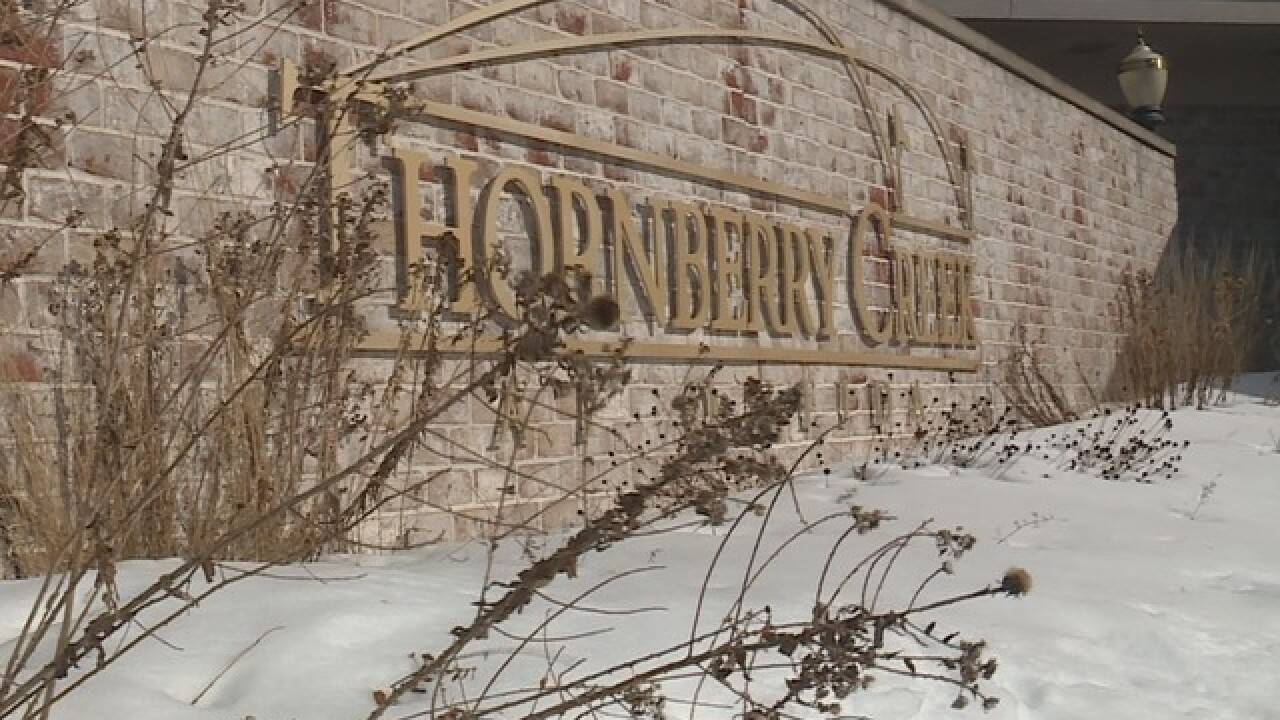 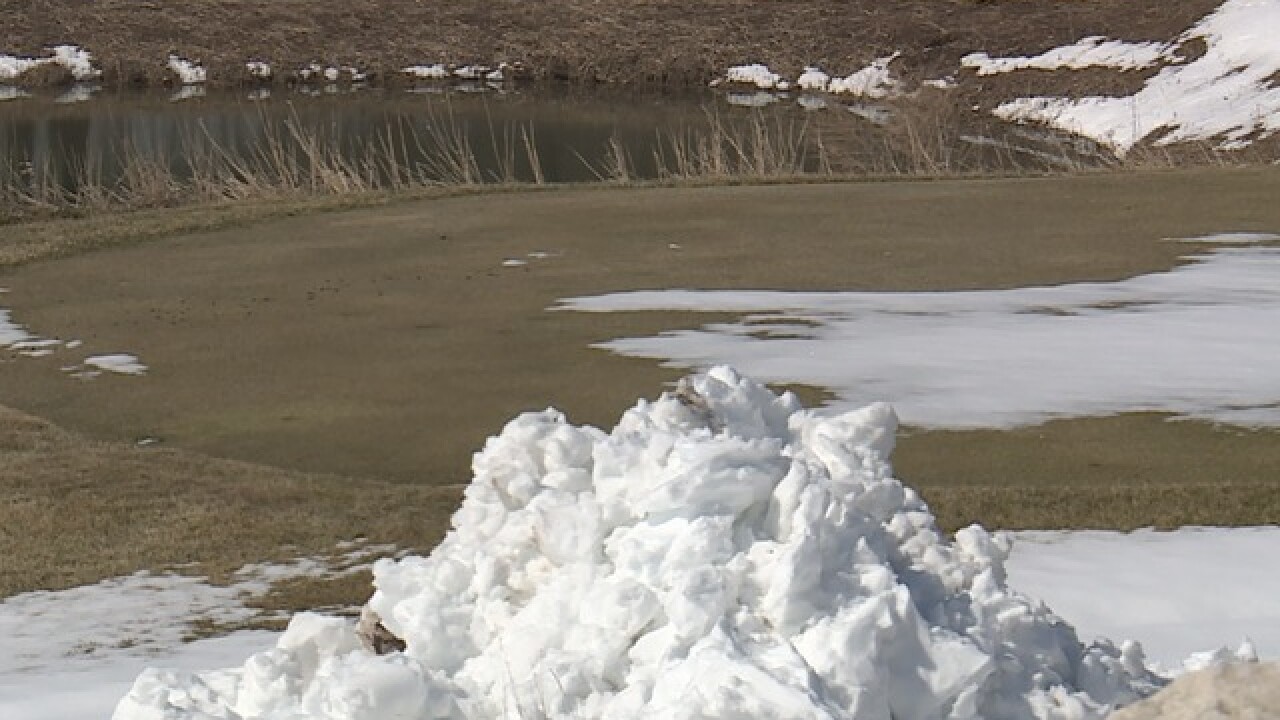 Typically golf courses in Northeast Wisconsin capitalize off of golf fever after the Masters Tournament, but this year it has been a waiting game after a mid-April blizzard dumped two feet of snow right as local courses were preparing to open for golf season.

Normally this late in April, 100 rounds of golf are played daily at Thornberry Creek. Instead, maintenance crews are the only ones out on the greens, cleaning up branches and leaves and evaluating turf conditions, in hopes of opening this weekend.

"At this time of year, there’s really nothing we can do for the snow," said course superintendent Steve Archibald. "Right now, the ground is soft, and if we try to do anything, try to remove the snow, we’re just going to tear up the grass underneath there. So it’s just a melting time."

The Thornberry Creek LPGA Classic is July 3-8, so crews had to create a new eight-week program to prepare the course after the late winter weather. The golf course also had to get creative with 9-hole specials and group deals to capitalize on a shorter window of golf season.

"We were here on Master’s Sunday and we had all our guys sitting at the bar, all of our members who would normally be playing golf, they were drinking beer and sitting at the bar," said Justin Fox, PGA General Manager at Thornberry Creek. "(But now,) we’re trying to get people out here."

Meanwhile, at Green Bay Country Club, the average opening day has been April 13, and they are now aiming for May 5. While the club’s revenue for April is down 7 percent, they’ve made up additional shortfalls with events, more restaurant dining and use of the club’s indoor golf simulator.

"When you put all that into it, you know we have a lot of usage from our members," said Green Bay Country Club GM/COO Stefan Sperlich. "People are still using the club; they’re just not able to golf outdoors."

Typically, Green Bay Country Club would have 10 seasonal maintenance employees on the payroll to work on the course, but only 8 have worked through these late winter conditions. And with so little course maintenance to be done, they’ve been working on indoor maintenance of offices and the clubhouse.

"Had record snow, so this is something we haven’t experienced in 108 years," said course superintendent Ben Larsen. "But with 6-foot drifts out there, we can’t even really get out on the course right now, so big difference from where we usually are."

Many of the club’s members don’t return to Northeast Wisconsin from their winter homes down south until later in May, so despite the down revenue now, the club isn’t worried about its golf season long-term.

"We might be down now a little bit around, you know, for April, but last year we had a lot of rain, the year before there was a lot of cool weather," Sperlich said. "So you know, it just fluctuates. This year we had snow to begin with."

Both clubs are also hoping for a warmer fall to extend the season perhaps a bit longer after this late start.