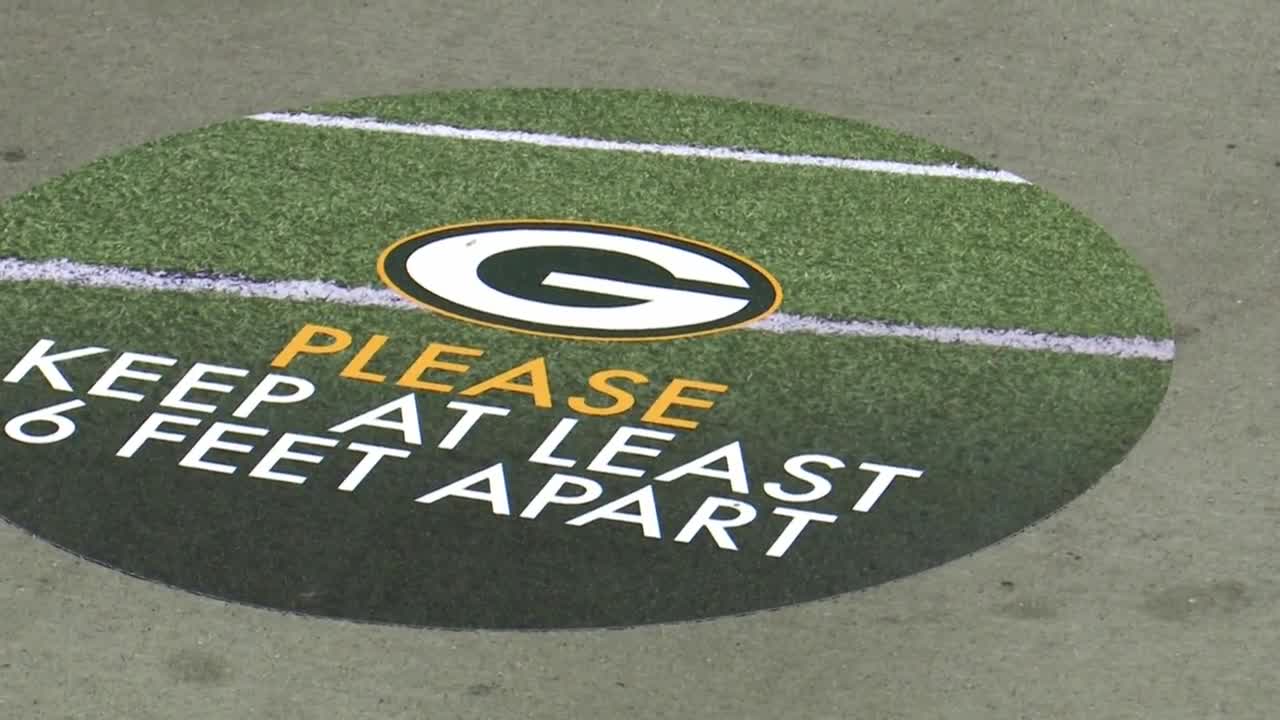 Across the street from Lambeau Field, the Green Bay Gamblers hockey team has successfully played in front of around 800 to 900 fans throughout November.

GREEN BAY, Wis. (NBC26) -- Staying true to the local hockey team's name, a gamble has paid off so far.

"We've had three or four games played already at the Resch Center, and we have no knowledge of any traceable Covid among fans from our building," Terry Charles, a Communications Manager at PMI Entertainment Group, said.

Across the street from Lambeau Field, the Green Bay Gamblers hockey team has successfully played in front of around 800 to 900 fans throughout November.

"I like to say that once you're in our building, whether you're waiting in line to buy tickets or concessions, if you give the six feet, you can easily space and safely do it probably easier than you can in a grocery store," Charles said.

Now the Packers are trying their hand at Lambeau Field this weekend against the Chicago Bears.

"This is a good way to have our first go at having people at a game, because we know it's gonna be that household and that household only," said Packers Director of Public Affairs Aaron Popkey about Sunday's game. "And that's a great group to start with."

For the first time this season, the Packers will be hosting around 300 family members of full-time staff. And if it goes well, the team says it hopes to host ticketed fans at the end of December.

"We've been planning since the summer, making adjustments to the plan as other stadiums have had fans," Popkey said. "We've had over 600,000 people at NFL games this year. Now we'll have our first opportunity."

This weekend, five other NFL games will have fans.

With hand sanitizing stations, socially-distanced seating and masks, the Packers are taking the safe bet at Lambeau.

"There are things out there that people can do and certainly you want to get outside and still take part in activities," Popkey said. "But we want to make sure people are doing it the safe way."