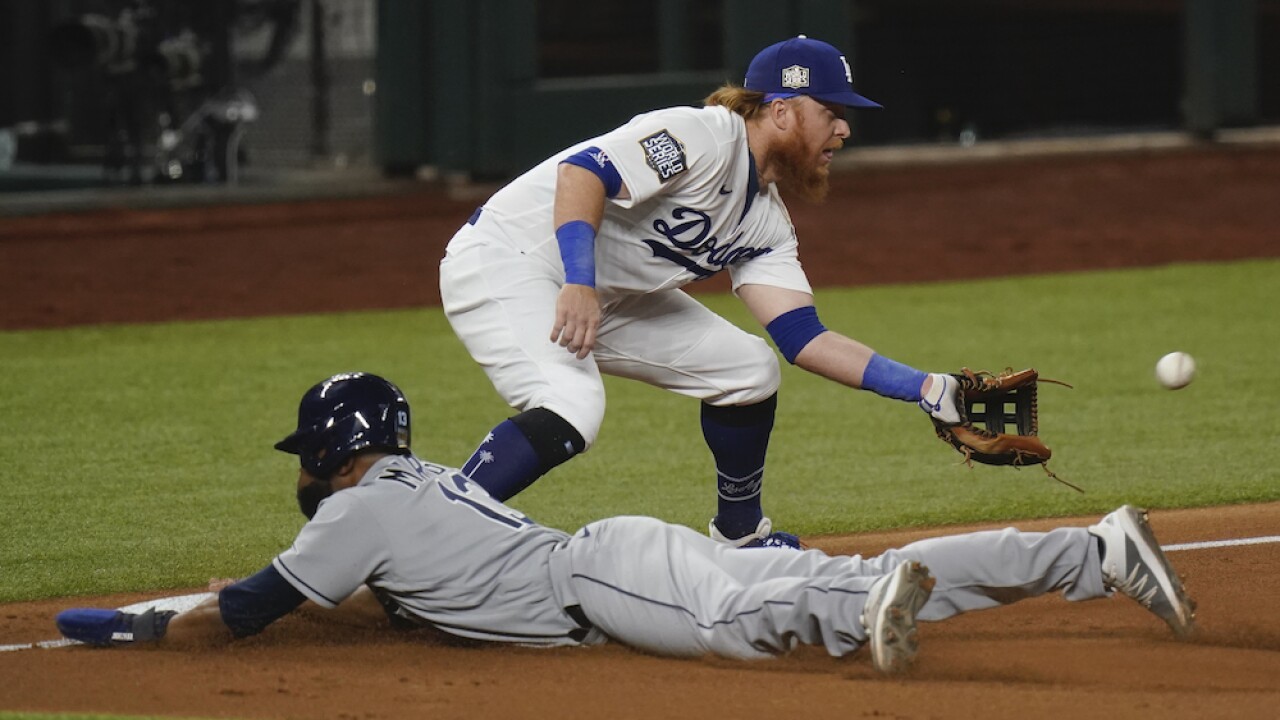 ARLINGTON, Texas — The World Series has drawn a record-low audience of television viewers for the second straight night.

The low for any game before this year came the only other time the Rays were in the World Series, when Game 3 against Philadelphia in 2008 was viewed by 9,836,000.

The World Series ratings are consistent with a drop in ratings across all live sports in 2020, though live sports remain among the most-watched events on television.