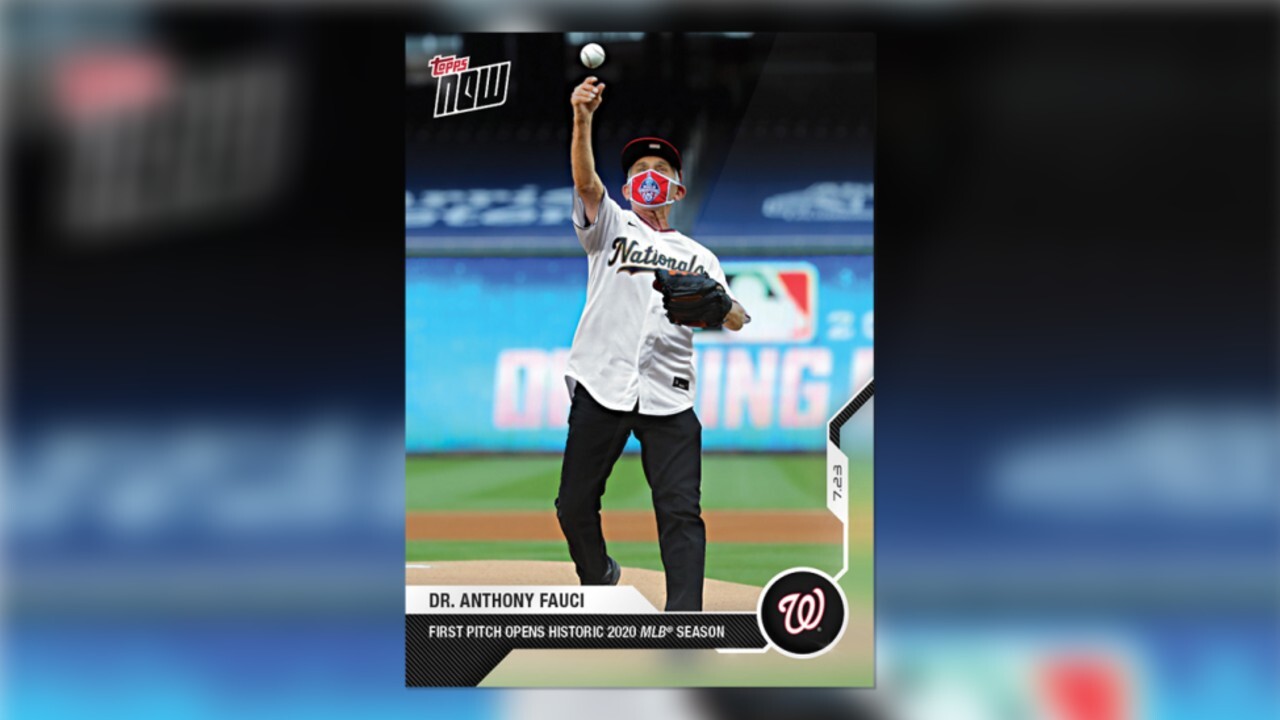 The company announced the news Monday, saying 51,512 cards were sold.

The card showed a picture of the National Institute of Allergy and Infectious Diseases, throwing out the first pitch for the Washington Nationals.

The previous record was set in 2016 for a card of Blue Jays' third baseman Vladimir Guerrero Jr., which sold 19,396 prints, per The Action Network's Darren Rovell.