Demi Orimoloye striving for consistency and leadership this season 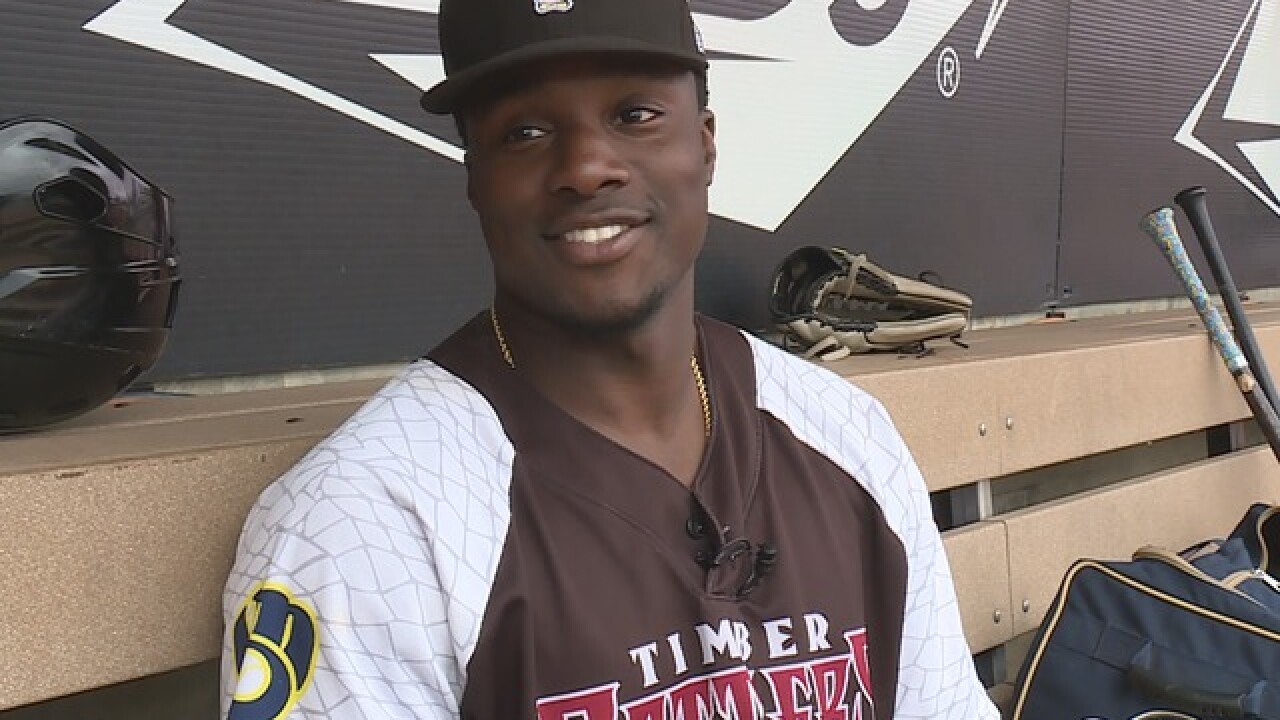 Orimoloye and his family moved to Canada when he was a baby, and despite growing up in Ontario, he didn’t play hockey, instead opting for basketball, football, volleyball and track. He didn’t even pick up a baseball bat until age 10, when he signed up because his best friend was doing it.

It didn’t take long to stick. By 15 years old, he was playing for Team Canada, traveling to Japan, Australia, Taiwan, Cuba, the Dominican Republic and across North America to play baseball. But by starting in baseball later on, the Brewers drafted Orimoloye because of his high athletic ceiling, as he continues to develop with the Timber Rattlers every game.

"You can see him now with more baseball knowledge, there's more comfort to his game, he's anticipating better, and he's allowing that incredible speed that he has to play on the field," said T-Rats manager Matt Erickson.

When you read scouting reports for Orimoloye, there’s a comparison that comes up a lot: body type and athleticism like Bo Jackson. In today’s MLB, some have compared him to Angels outfielder Justin Upton, a player Orimoloye actually admires from afar.

"I mean it's cool, but like at the end of the day you're you, like I'm my own player," Orimoloye said. "But I like watching those guys, so that's cool."

Last season, he said he leaned on Tucker Neuhaus and Monte Harrison in his first year in Wisconsin, and this year, he’s passing on those tips to the younger guys in the T-Rats’ clubhouse. Tied for the longest currently-tenured Timber Rattler, Demi Orimoloye has been focusing on two things in 2018 here at Fox Cities Stadium: consistency and leadership.

"He's not a big rah rah guy," Erickson said. "He's not real loud, but I've asked him to lead by example and make sure he's the first one down here for our meetings, that he's never late for anything because that wasn't always the case a year ago."

"You don't even have to really go out of your way, it's just, when a guy doesn't know what to do, just let them know and just pick up your teammates if they're doing something wrong," said Orimoloye.

As for Orimoloye, he seems to be doing everything right so far this season, batting .276 with an .801 on-base plus slugging percentage through the first 38 games.