Bay Port's Tinch prepares for football, track and field at University of Minnesota 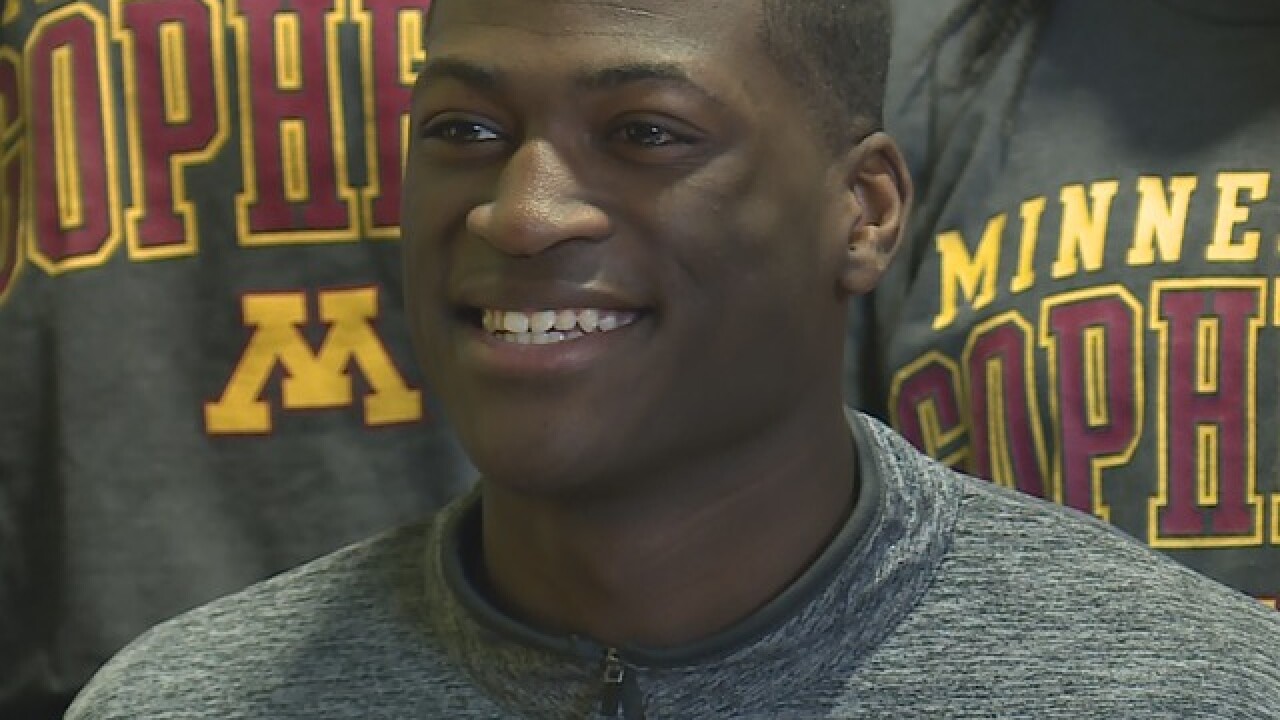 Bay Port's Cordell Tinch signed his national letter of intent to compete for the University of Minnesota on Wednesday, in not one, but two different sports.

Tinch plans to join the track and field team while also playing football for the Golden Gophers.

The Bay Port stand out won two state titles last spring in the WIAA State Track and Field Championships while also setting a new state record in the triple jump. He'll join the Gophers track team right away while red shirting for the football team. Tinch was a wide receiver in high school, but he's still not sure what role he'll play on the team in college.

"They just told me be ready," Tinch said. "We're going to use you however we can and I was like that's fine."