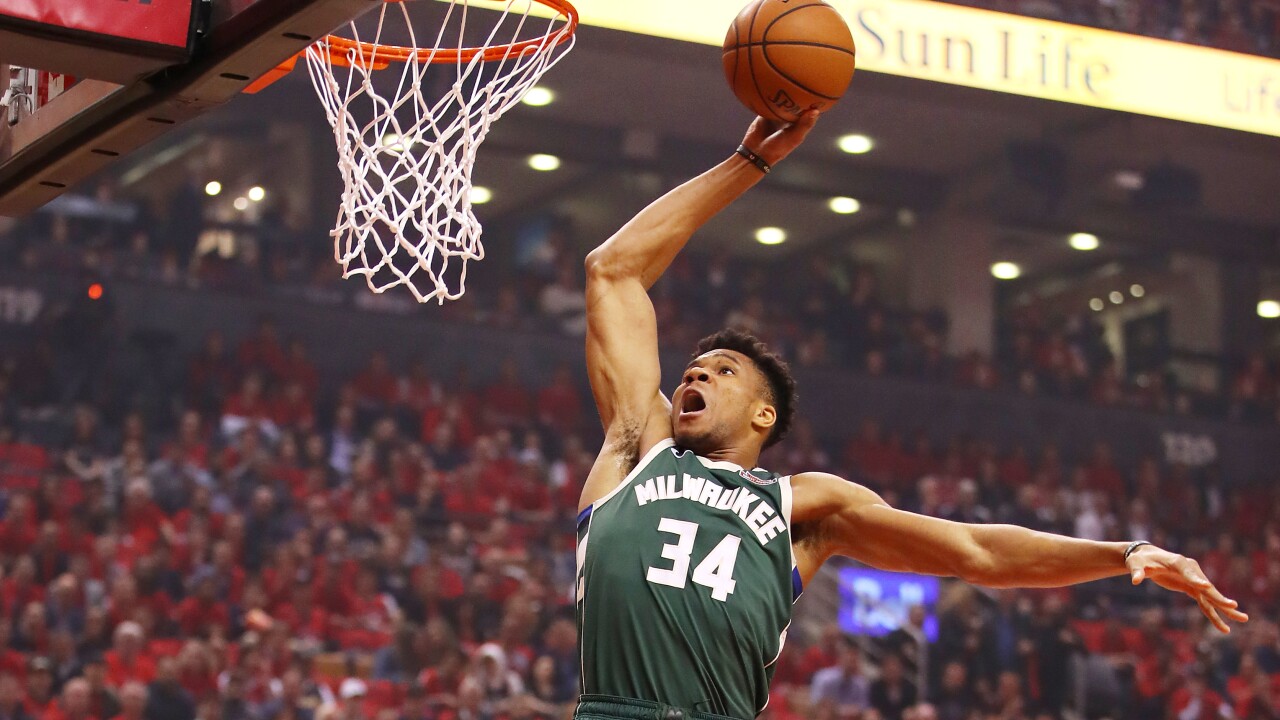 2019 Getty Images
Gregory Shamus/Getty Images
TORONTO, ONTARIO - MAY 21: Giannis Antetokounmpo #34 of the Milwaukee Bucks dunks the ball during the first half against the Toronto Raptors in game four of the NBA Eastern Conference Finals at Scotiabank Arena on May 21, 2019 in Toronto, Canada. NOTE TO USER: User expressly acknowledges and agrees that, by downloading and or using this photograph, User is consenting to the terms and conditions of the Getty Images License Agreement. (Photo by Gregory Shamus/Getty Images)

Giannis and the Bucks are back!

The Milwaukee Bucks tweeted on Friday saying the team will return to the court on July 31 in a game against the Boston Celtics.

That's not all, though. The team also shared a schedule for their first eight games back on the court. It starts with the game against the Celtics on the 31st, and finishes with a game against Memphis on August 13.

Between those two games, the Bucks will play the following teams: