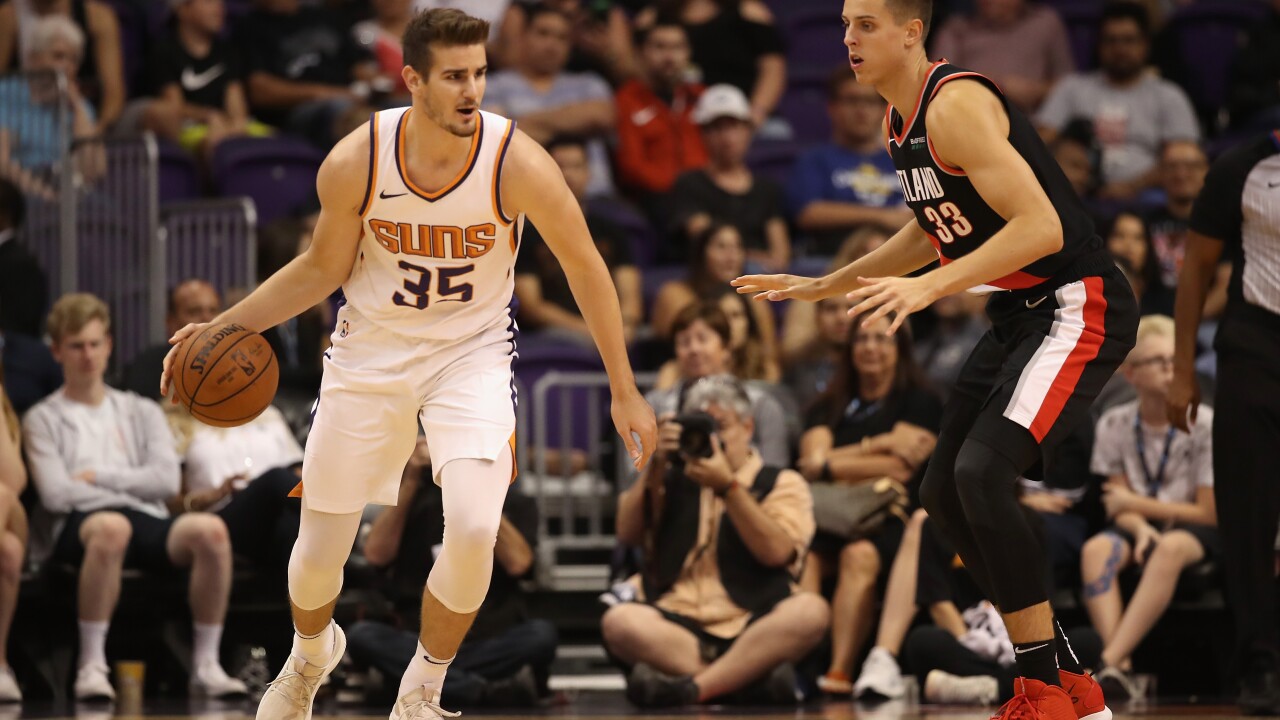 MILWAUKEE -- The Milwaukee Bucks have agreed to a two-year deal with free agent forward Dragan Bender, according to a report from ESPN.

Free agent F Dragan Bender has agreed to a two-year deal with the Milwaukee Bucks, league source tells ESPN. Bender, 21, was the No. 4 overall pick to Phoenix in the 2016 NBA Draft.

Bender has played all of his three NBA seasons for the struggling Phoenix Suns. He has appeared in 171 games and started 64 over that span, averaging 20.3 minutes played and 5.3 points per game, with 3.8 rebounds.

The 'Croatian Sensation' stands 7'1" and played basketball in Israel before being drafted by the Suns.