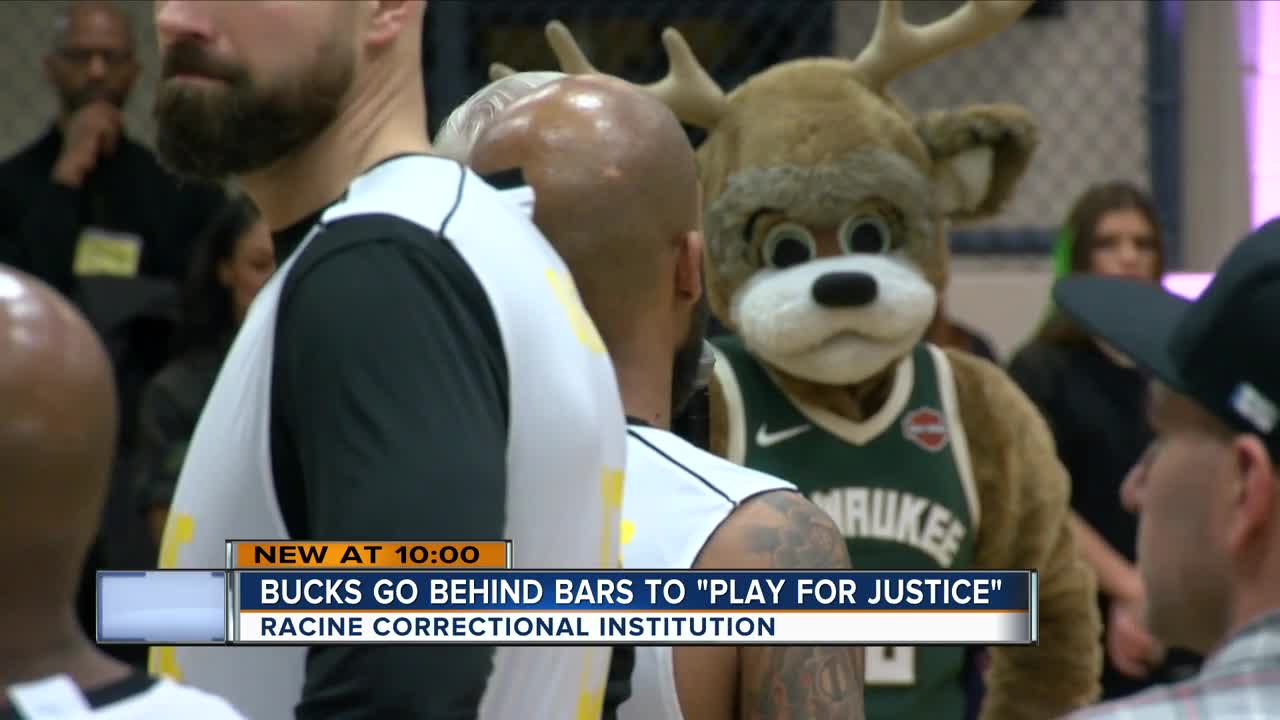 A new program is taking members of the Milwaukee Bucks behind bars.

A meeting on the hardwood at the Racine Correctional Institution unlike anything you would expect. A NBA MVP turned into a coach for men behind bars.

“Okay guys, 3, 2, 1 together,” shouts Giannis Antetokounmpo, a Milwaukee Bucks player with a circle of inmates in basketball uniforms.

Antetokounmpo helped coach the incarcerated people along with Sterling Brown, DJ Wilson, George Hill and Pat Connaughton. The players included members of the Bucks coaching organization and Governor Tony Evers. They teamed up with the group Represent Justice to use basketball as a way to spotlight issues in the criminal justice system. The governor said the state needs criminal justice reform.

“Wisconsin is one of the worst states in the nation as it relates to making sure we don’t have a disproportionate number of people of color and poor people in our prisons. We have a lot of work to do tonight gets us started,” said Evers.

This is the second game with a NBA team at a prison. The first was last week at Folsum State Prison with the Sacramento Kings.

Despite the fun atmosphere, serious discussions happened away from the cameras. Before the game the Bucks met privately with former incarcerated men and those still in behind bars talked about their journey and changing their lives.

“This is not about basketball tonight- this is about justice and getting the system corrected and in ways we know it shouldn’t be right,” said Richard Gray who is incarcerated at Racine Correctional Institution.

The Bucks plan to have another event focusing on social justice in February with the Sacramento Kings.