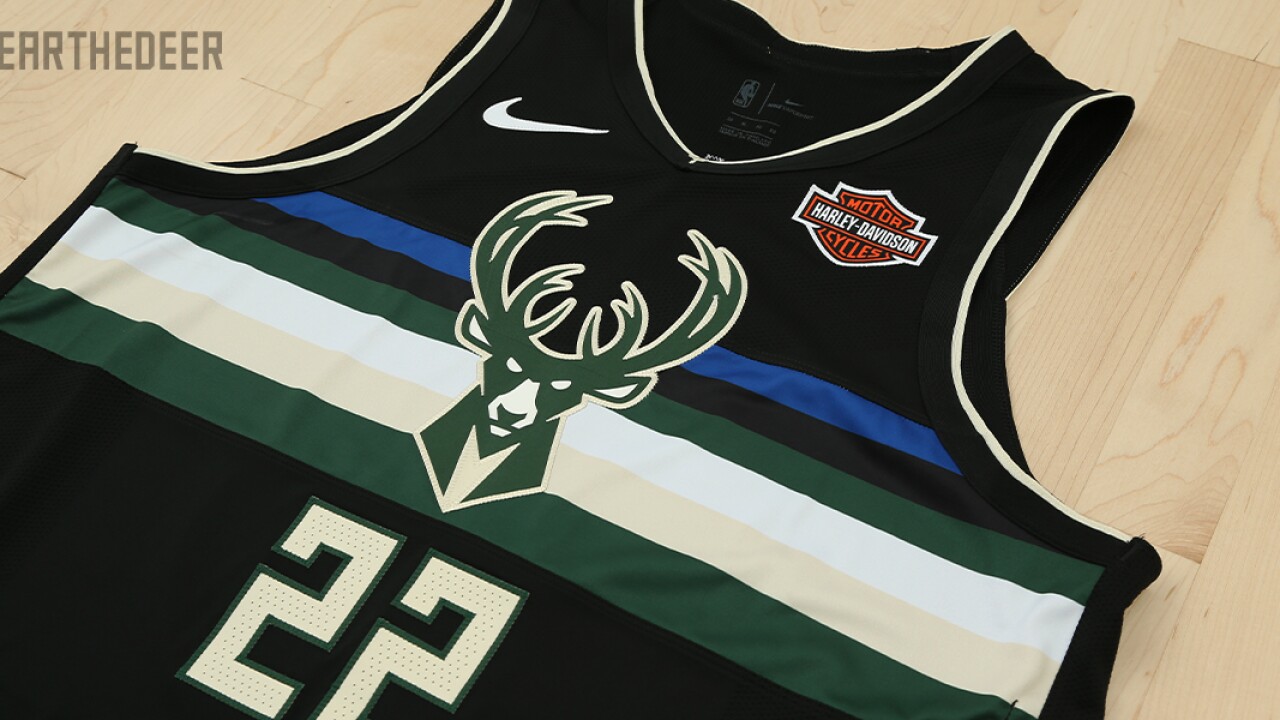 The official start of Bucks season is weeks away and with it, comes new uniforms. The team released a new revamped version of the Fear the Deer uniform, the Nike Statement Edition Fear the Deer style.

The new look takes elements from the previous uniform, while incorporating the team logo front and center, the Cream City rainbow across the entire front, as well as on the shorts in a subtle "M" pattern for Milwaukee.

The Cream City rainbow is a visual representation of the diverse colors of Milwaukee and surrounding areas, showcasing the synergy that exists between the team and the city, according to the Bucks.

Catch this new look on the court at the season opener against the Houston Rockets Oct. 24.

Also, be on the lookout for a new City Edition uniform later this year.