Army-Navy game in December moves from Philly to West Point 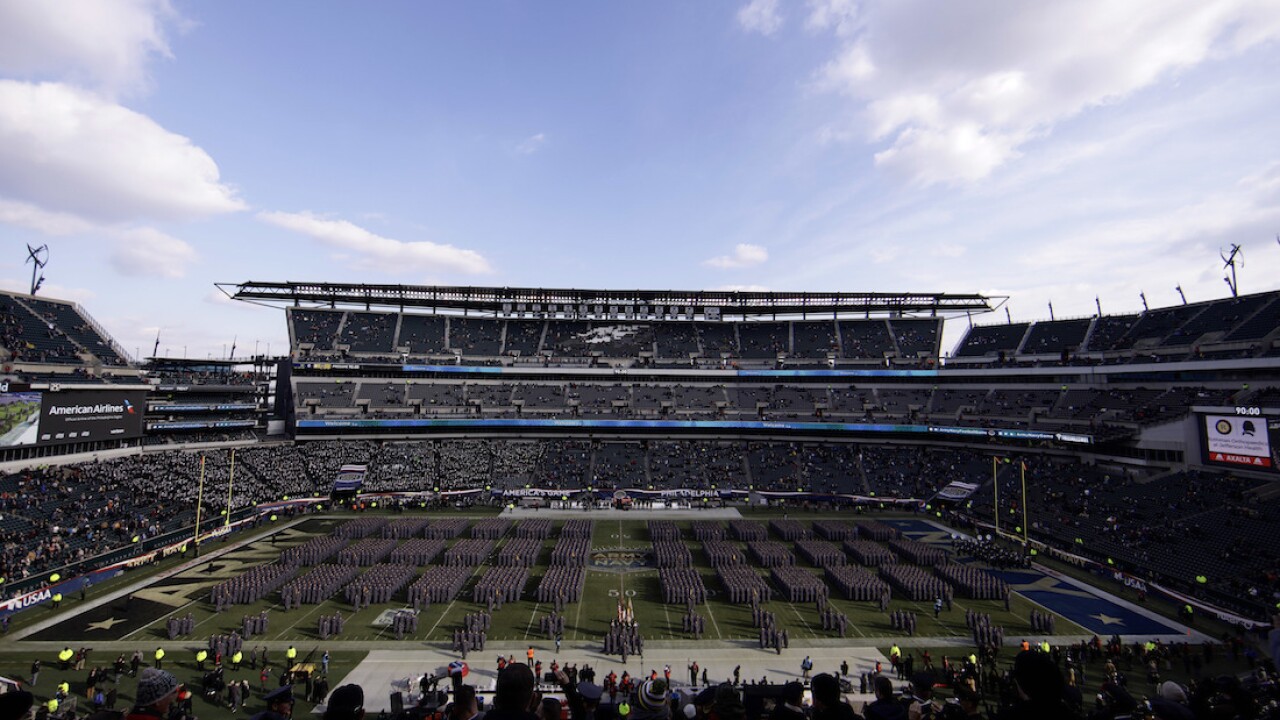 Copyright 2018 The Associated Press. All rights reserved
Matt Slocum/AP
The Army-Navy football game in December has been moved from Philadelphia to West Point because of attendance limits placed on outdoor events in Pennsylvania. (AP Photo/Matt Slocum)

The Army-Navy football game in December has been moved from Philadelphia to West Point because of attendance limits placed on outdoor events in Pennsylvania.

By playing the game on Army's home field in New York, the entire Brigade of Midshipmen and Corps of Cadets will be able to attend.

ICYMI: The 2020 @ArmyNavyGame, presented by @USAA, will return to West Point for the first time since 1943.

The game is scheduled for Dec. 12 and will be broadcasted on CBS at 3 p.m. ET.

This will be the first time the Army-Navy game will be played at a home site since Annapolis hosted the 1942 game and West Point the 1943 game.

"We want to thank the City of Philadelphia, the Eagles, and all involved in the planning for their efforts to navigate this historic game in the current COVID-19 climate," said Army Director of Athletics Mike Buddie in a press release. We are excited about this historic opportunity to host Navy and the Brigade inside the gates of West Point for the first time since 1943."

It is unlikely fans will be allowed at Michie Stadium beyond the Corps of Cadets and Brigade of Midshipmen.