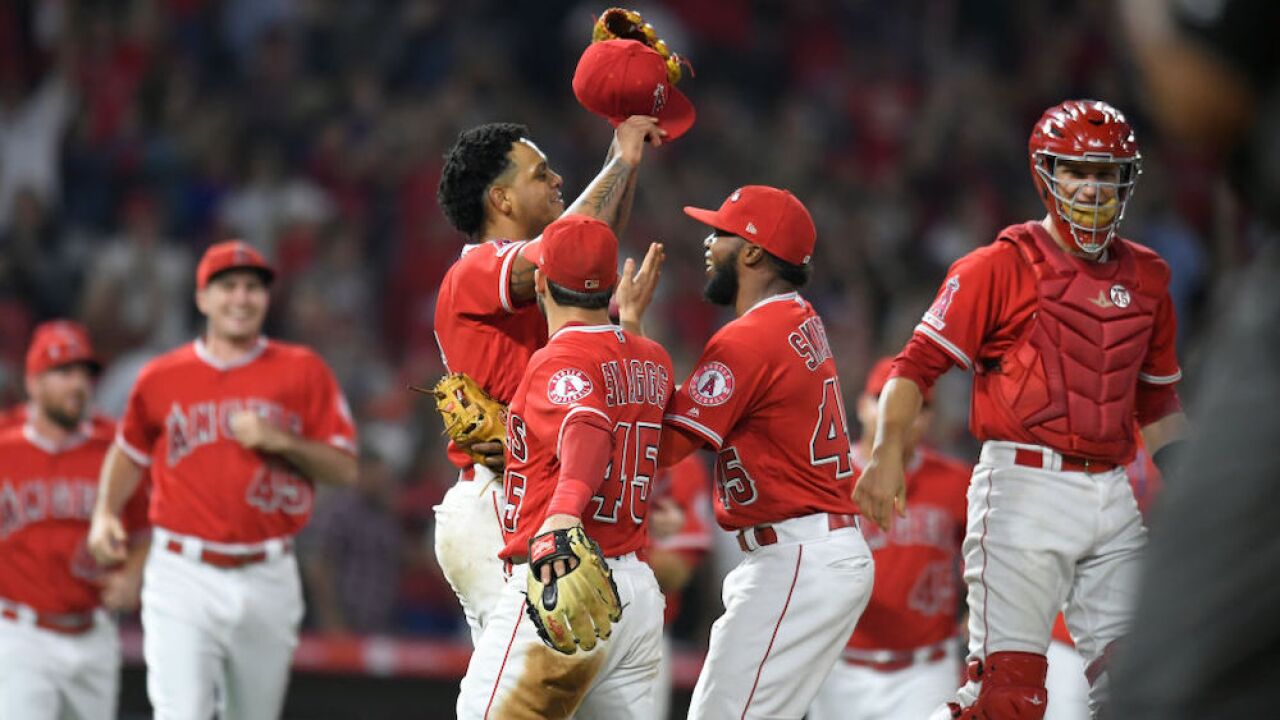 On the eve of what would have been pitcher Tyler Skaggs ' 28th birthday, the Los Angeles Angels threw a combined no-hitter.

It was the Angels' first home game since Skaggs died , and his mother, Debbie, took his place on the mound surrounded by Skaggs wife, Carli, his stepbrother and stepfather, according to Major League Baseball .

In honor of her son, she threw the ceremonial first pitch — a perfect strike, MLB said. The game ended with the team's 13 -0 win against the Seattle Mariners and a no-hitter -- a rare achievement that means the Angels' pitchers didn't let up a single hit.

Skaggs, 27, was found dead in a Texas hotel room on July 1, before the team was set to play the Texas Rangers. Foul play is not believed to be a factor, and police said they do not believe suicide was the cause of his death.

The team's return to their home field featured other tributes.

A 45-second moment of silence was held and every player on the team wore his jersey with his number, 45, on their back.

A tribute video with highlights of his career was also played on the big screen.

"He was in the prime of his life and the prime of his career -- it's very tough," Angels manager Brad Ausmus told MLB. "I walked into the ballpark today and saw the flowers and signs out front and that was special. I went for a run on the field and saw Tyler's picture on the board. It brings back some emotion."

While the team is saying goodbye to Skaggs, Friday's game will not be the end of their honoring his memory.

For the rest of the season, a No. 45 patch will remain on the player's jerseys, his locker will be kept intact and everywhere they go on the road, a locker will be left for him, MLB said.

"He's part of the team even though he's not here," Ausmus said.