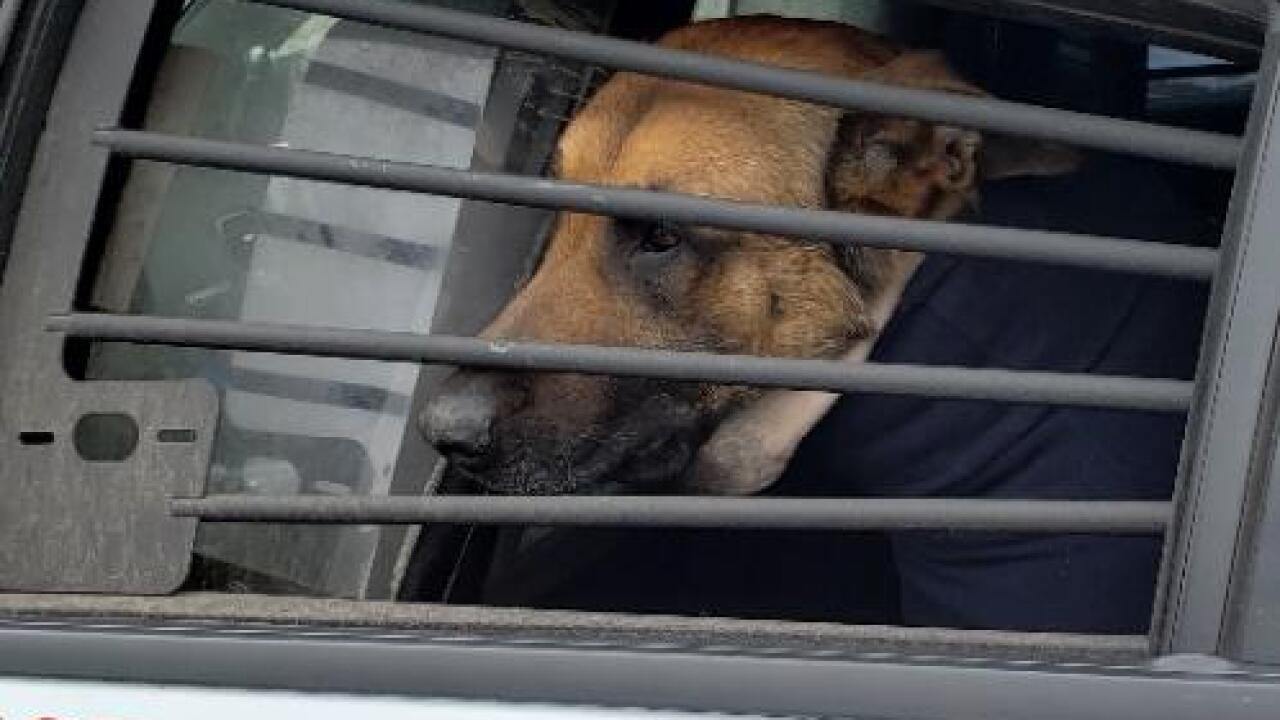 GREEN BAY, Wis. — A police dog who was stabbed during a suspect arrest has now been sent home to recuperate, police say.

In a news update Monday, Green Bay Police say that K9 that Pyro was able to return home over the weekend.

"Although he still has a lot of recovering and recuperating to do, he has passed his first major hurdle and has been cleared to convalesce at home with his handler and family," police state in a news release.

Police say they did not make a big show of sending Pyro home, as the dog is still healing and needs to be kept calm.

"We have been stunned and overwhelmed by the sheer number of people who have written cards, sent donations, given treats, or otherwise shared their good wishes for Pyro, but we are only able to share so many examples. We are tremendously grateful for the outpouring of support from the community," police say in the news release.

On April 7th, police say officers used Pyro while trying to arrest a suspect. Police say the suspect stabbed Pyro multiple times before being apprehended. The dog was taken to an animal hospital and went through multiple surgeries.

The suspect, Sai Vang, faces criminal charges that include injuring a police animal.