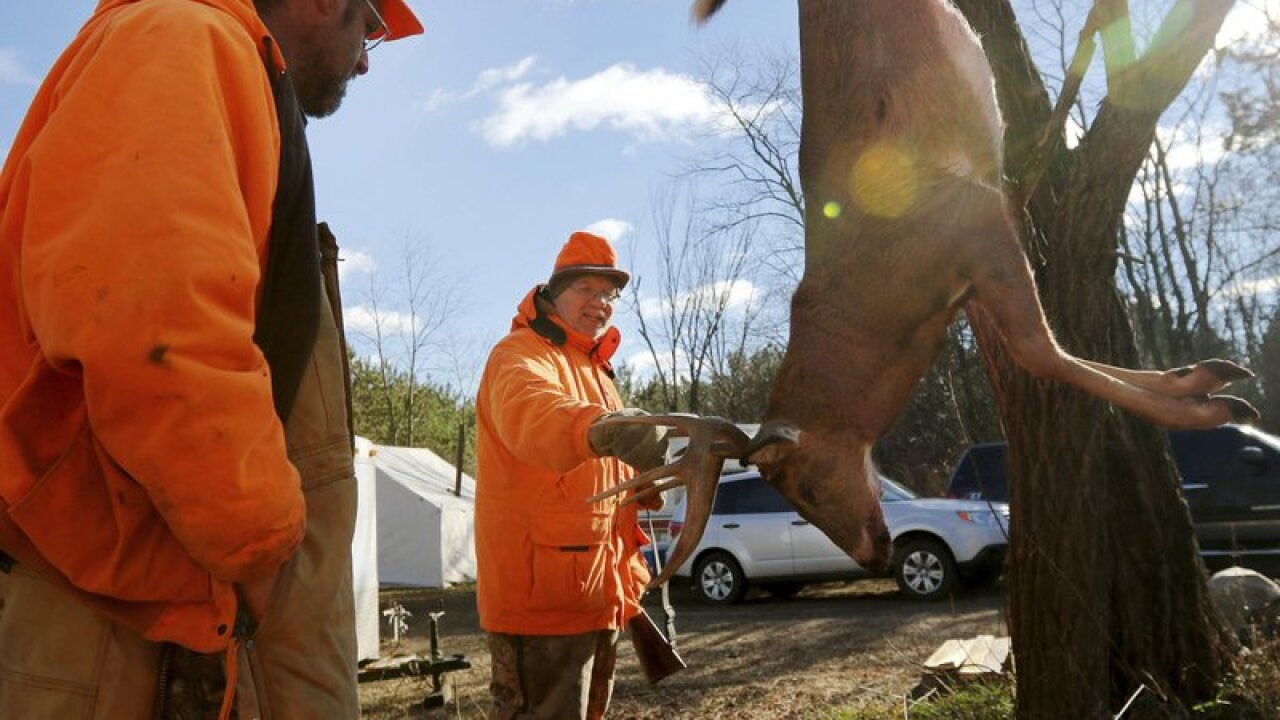 MADISON, Wis. (AP) — The Wisconsin Senate is not taking action on a bill that would have allowed hunters to remove deer carcasses from counties infected with chronic wasting disease.

The bill was on the Senate's agenda Tuesday, but no vote was taken.

The measure would undo a Department of Natural Resources rule that angered some hunters who wanted to bring their kills home to a different county.

The Department of Natural Resources adopted the rule in August. But a legislative committee suspended the rule in October, saying the new restriction was rushed.

The bill had to be scheduled for a Senate vote because of the law governing the process for consideration of rule changes. But Senate Majority Leader Scott Fitzgerald says Republicans have yet to discuss the measure.