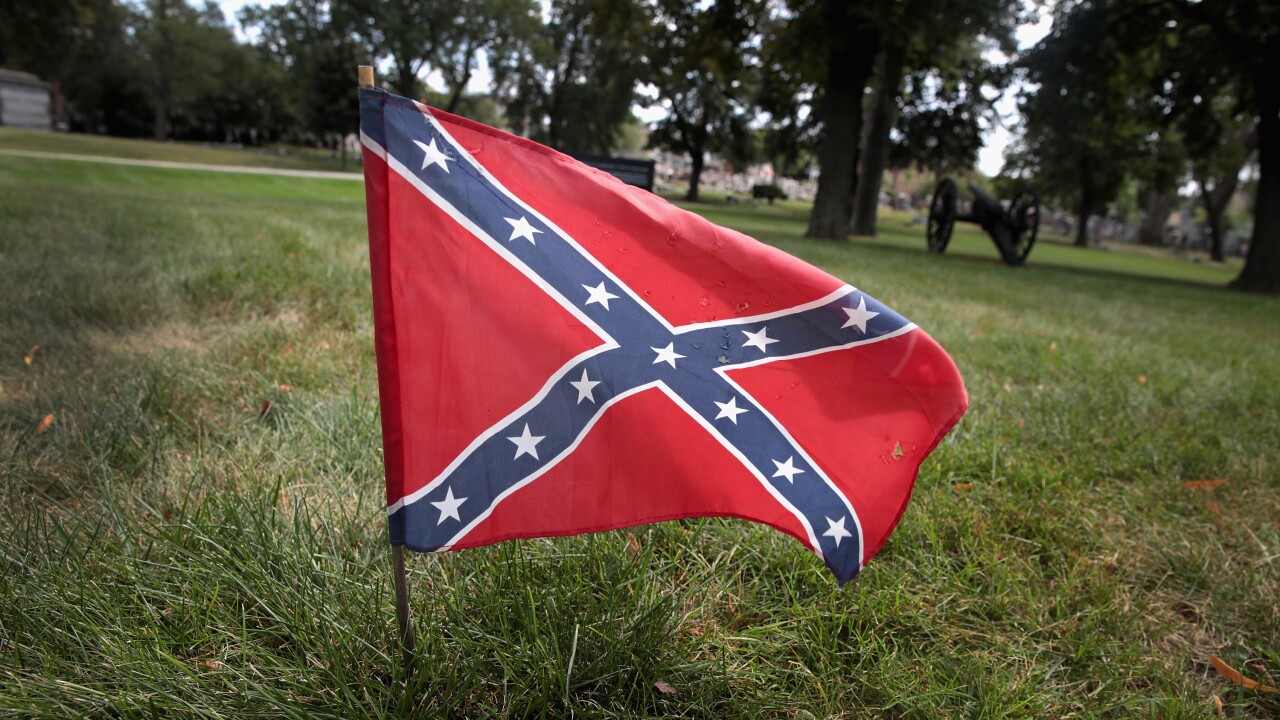 Scott Olson/Getty Images
CHICAGO, IL - AUGUST 23: A Confederate Navy jack flag sits at the base of Confederate Mound, a memorial to more than 4,000 Confederate prisoners of war who died in captivity at Camp Douglas and are buried around the monument, on August 23, 2017 in Chicago, Illinois. The monument, which is maintained by the National Park Service, is located inside the private Oak Woods Cemetery on Chicago's southside. Cities around the country are debating what to do with Confederate monuments following recent protests and calls for their removal. (Photo by Scott Olson/Getty Images)

The Tomah School Board voted unanimously to approve the ban during a special meeting Monday.

Confederate flags and monuments have come under renewed scrutiny following the 2015 shooting of nine black church members in South Carolina and the 2017 deadly white nationalist rally in Charlottesville, Virginia.

Wisconsin Public Radio reports Tomah School Superintendent Cindy Zahrte says the matter was brought before the school board after several incidents at the high school, including someone letting the air out of a student’s tires in connection with the flag. School officials did not provide more details.

A community member and a high school student spoke against the ban during the board meeting, saying the move would limit students’ right to free speech.