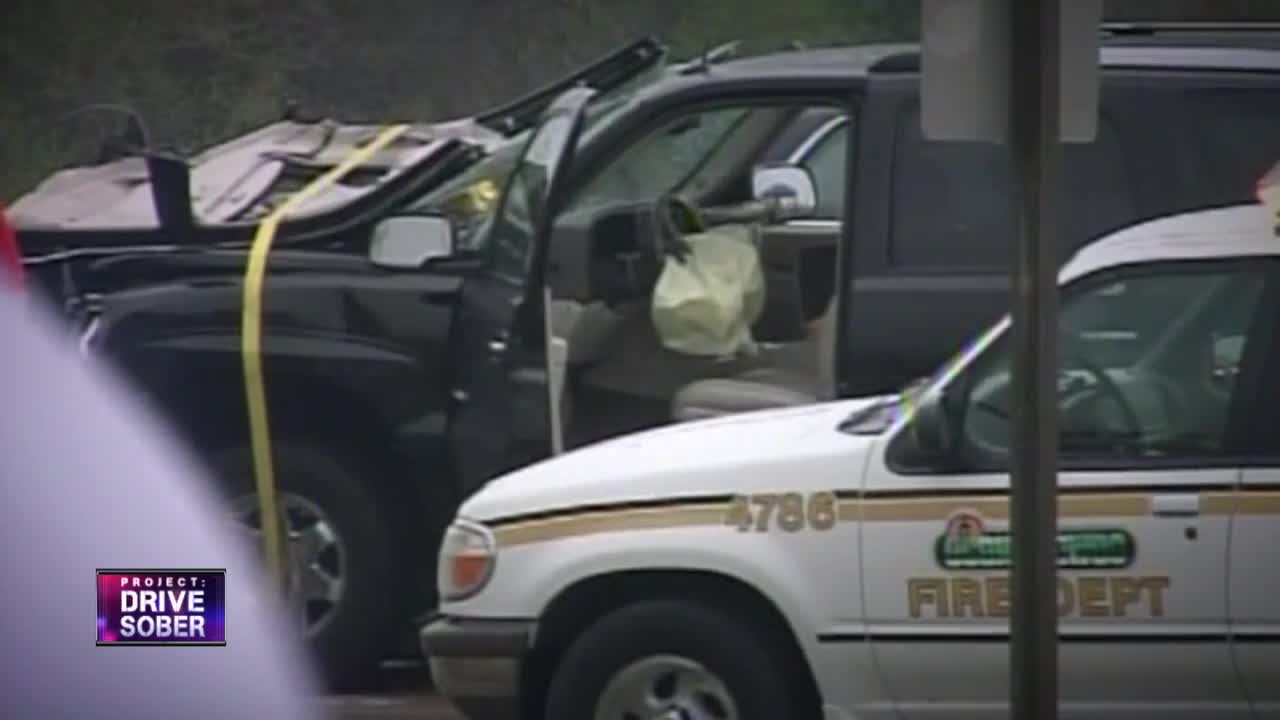 BROWN COUNTY (NBC 26) — Innocent people are killed on Wisconsin's roads every year because of others driving under the influence.

I's not just alcohol that has left a deadly mark on the state's record.

On April 25, 2008, Jennifer Bukosky had just picked up her children from school on a rainy Friday afternoon. Court records say she was stopped at a stop light when a former doctor slammed into the back of her car going 50 miles per hour. The crash killed Bukosky, her daughter, and unborn child.

"We live our life as I guess we always would, we just live them without people that were dear to us," Bukosky's father, Paul Jenkins, said.

The driver had his license revoked just days before because of an OWI. Court records show during this crash, he wasn't driving drunk. He was under the influence of Ambien, Xanax, and Oxycodone.

Law enforcement in Brown County says drug-impaired driving is a huge problem that's only getting bigger. Experts said someday soon, it could even surpass drunken driving. One of the challenges is that drugs don't show up on a breathalyzer. Law enforcement needs to find other ways and develop new training to help get those drivers off the roads. One of those programs is called the Advanced Roadside Impairment Driving Enforcement Class, or ARIDE.

"It helps not only our program but it helps the community," said Deputy Robert Wagner, who teaches ARIDE classes.

Officers in the training will learn new roadside sobriety checks. There's a balance test, where a driver will tilt his or her head back and count to 30 seconds. The officer will look for sways or tremors.

There's also a finger-to-nose test, where a driver will try to touch his or her nose several times. An officer will look for signs of impairment.

"It's just one added tool for law enforcement officers in class today to be able to use out on the street when they suspect an impaired driver but then they're preliminary breath test does not corroborate what their results are," Wagner said.

At ARIDE training, officers also learn about the drugs that are out there. Experts say painkillers are prevalent and so is marijuana.

"There's people out there that think it's just something that relaxes you and stuff, but marijuana, it impairs you, and it makes you just as dangerous a driver as someone on prescription drugs that are overdosing on it, or someone who's been drunk driving," Brown County Sheriff's Office Captain Dan Sandberg said. "It's just as dangerous."

As legalization continues around Wisconsin, Brown County hopes all officers on patrol can soon recognize the signs of drugged driving.

"We're getting those drug impaired drivers off the road," Wagner said.

The goal is to get those drivers off the road before the worst possible outcome, before someone gets killed, or before another family deals with tragedy.