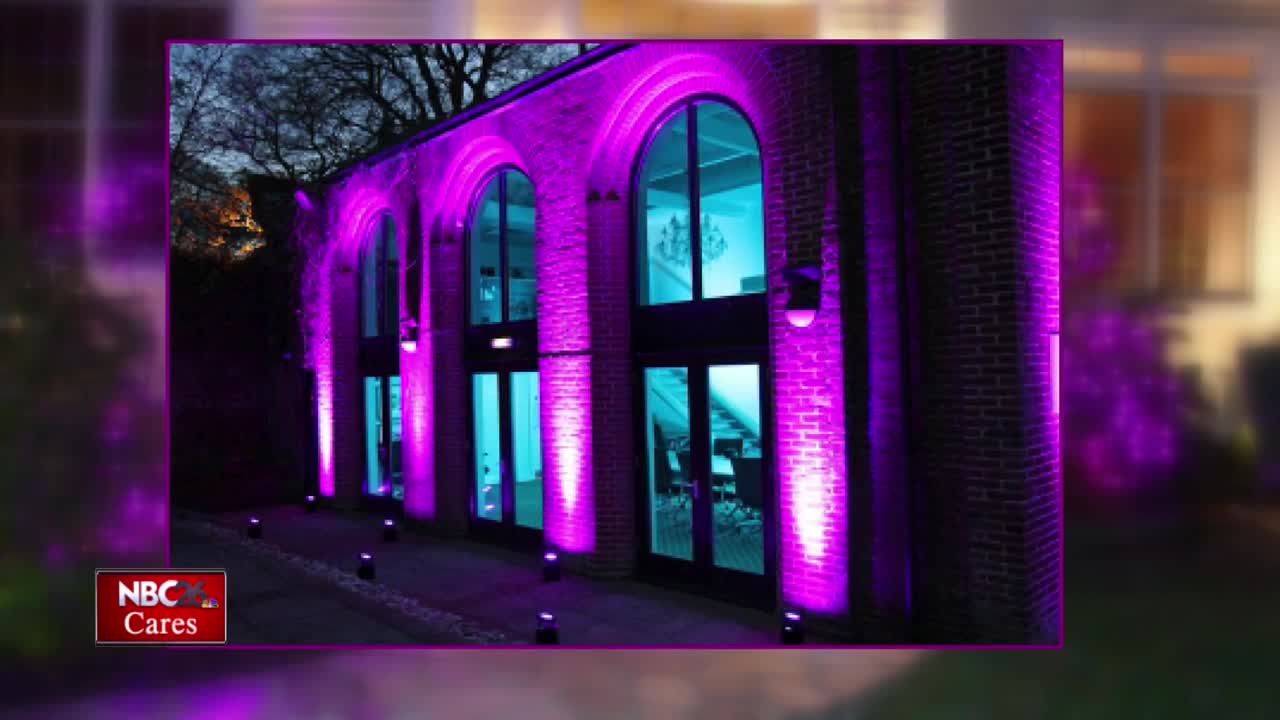 October is Domestic Violence Awareness Month. While you're decorating for Halloween, Harbor House Domestic Abuse Programs in Appleton is asking you to add one more color to your black and orange decor. They encourage you to change the outdoor light bulbs on your home to purple, which is the rallying color behind the movement to end domestic violence.

APPLETON (NBC26) — October is Domestic Violence Awareness Month. While you're decorating for Halloween, Harbor House Domestic Abuse Programs in Appleton is asking you to add one more color to your black and orange decor. They encourage you to change the outdoor light bulbs on your home to purple, which is the rallying color behind the movement to end domestic violence.

Homeowners and businesses are participating in the 2nd annual Purple Porch Project to raise awareness of domestic violence and show support for survivors.

"You know seeing those purple porches, it's like there are people that are listening. There are people that care, because when you're going through something like this, you feel really alone," said a Fox Cities domestic abuse survivor who only wants to be identified by her first name, Heather.

She was in an abusive marriage for 15 years.

"The first time he injured me, he broke my arm when I was pregnant with one of my babies," said Heather. "I didn't want to admit to other people what I was going through and the shame, the shame that you feel for allowing it to get like that."

Even after her husband's arrest, the attacks continued after he got out of jail until eventually he sent the mother of four to the hospital. Her children came to her bedside.

"I still can't forget that look on their faces, and I knew somehow that I had to escape. It took time and a lot of tears and fear and loneliness, but eventually I did it, and eventually I reached out to Harbor House."

The nonprofit organization provided counseling, support groups and even a car to help Heather break the cycle of abuse and get on a positive path to healing and self-sufficiency. Through the Purple Porch Project, Harbor House hopes to shine a light on the many services they offer.

"Many times survivors live in isolation. They may not even know that the services are available to them. They may think that they're the only ones, so we want to break that isolation by showing them that the community is wrapping their arms around them," explained Schnorr.

Appleton police, who work hard to keep survivors safe, are showing their commitment to the cause by putting up Purple Porch Project yard signs and a lamp with a purple light in the department's entryway. Heather hopes displays like that will inspire others to also go purple for a purpose.

"It could be their next door neighbor that needs help, and maybe just seeing that purple porch, they know it's a safe place. We need all the safe places we can have," she said.

Harbor House will be handing out Purple Porch Project yard signs and purple light bulbs during the Downtown Appleton Farm Market on October 5th and October 12th. You can also pick them up during Harbor House's October 11th fundraising event, Ultraviolet. A number of local retailers sell purple lights as well. Then, you're encouraged to share photos of your display on social media by typing #PurplePorchProject2019.

The sponsors for this year's campaign include Guardian, Kimberly-Clark and Ascension Calumet Hospital.