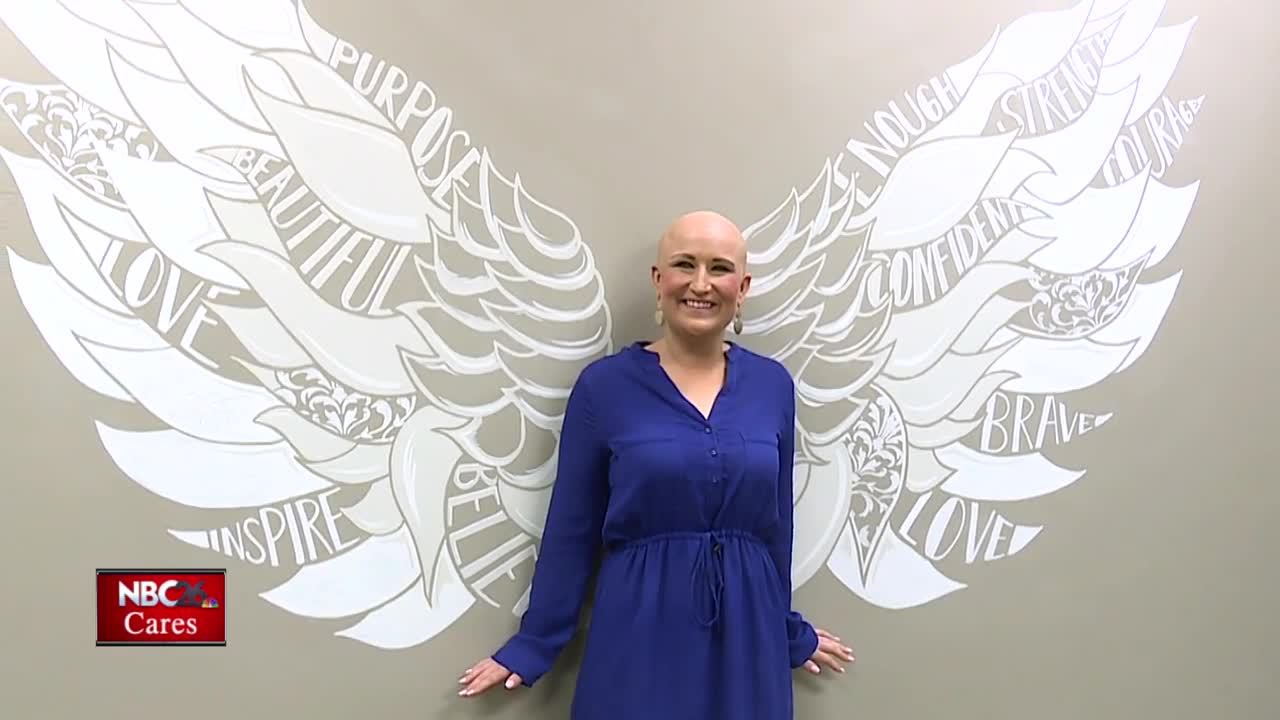 A Fox Cities cosmetologist, who nearly died in a car crash, often questioned during her painful recovery why she was still alive. Now, years later, Betsy Rachubinski says she's found the answer.

After she recovered from the 2005 accident, she began volunteering to help cancer patients who were suffering hair loss from chemotherapy.

Rachubinski also went on to become the owner of Naava Salon and Spa in Appleton. About a year ago, she realized her dream of starting her own nonprofit organization inside the salon. She named it Peaceful Purpose.

"I found my passion. I've found my purpose, why I'm here," she explained.

Rachubinski and her organization help people suffering from all types of medical hair loss.

"I would plan on going to the grocery store at 11:00 or 11:30 at night just so I wouldn't run into anybody, and they would possibly see me. At first, I was so uncomfortable in my wigs, and I just thought everybody was staring at me."

Mueller says she struggled to find resources in the area for those with alopecia.

"It felt really isolating. It just felt that there was nobody else that really understood."

Besides easing the financial burden, Mueller says with the emotional support from Rachubinksi and Peaceful Purpose, she found the courage to share her secret. She posted a photo of herself without her wig on social media.

"To be able to get to that has been so freeing," said Mueller.

"I think it's really important to make them feel good about themselves," added Rachubinski.

With her newfound confidence, Mueller is now sharing her knowledge of wigs and her emotional journey with Rachubinski's clients. It's another way Peaceful Purpose is giving people hope and helping them feel beautiful again.

"When we can all come together for a greater cause, I think at the end of the day, that's what life is about," Rachubinski added.

Peaceful Purpose relies on monetary donations as well as donations of scarves, hats and more to operate. Click here for more information about the nonprofit organization and how you can support the cause.