Miles for Myeloma raises money for research and patient support 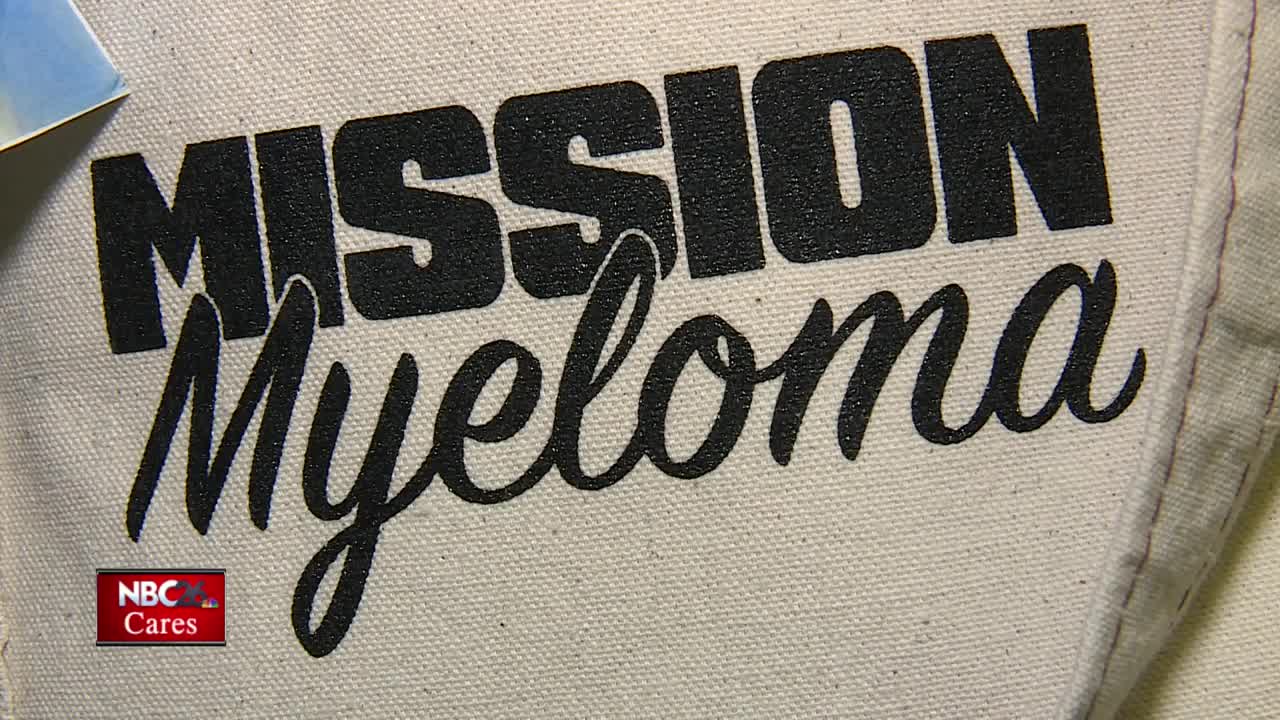 In a few weeks, hundreds of people will come together to walk for a cure. They're raising money to fight a rare blood cancer. Multiple myeloma is a cancer of the plasma cells in bone marrow. Most patients are diagnosed in their mid 60's, but for U.S. Air Force veteran, Eric Verbeke, the disease came calling much earlier.

APPLETON, Wis. — In a few weeks, hundreds of people will come together to walk for a cure. They're raising money to fight a rare blood cancer. Multiple myeloma is a cancer of the plasma cells in bone marrow. Most patients are diagnosed in their mid 60's, but for U.S. Air Force veteran, Eric Verbeke, the disease came calling much earlier.

"He got the news on his 42nd birthday," explained his brother Jeff Verbeke. "He always maintained a sense of humor, so I remember calling him and he said, 'Well, I found out today I have cancer.' You know, 'Happy birthday to me.'"

Eric was a fighter though.

"He was in the military and just like military people do, it was an enemy, and they're going to kill it," chuckled Jeff. The more we learned, the more we realized that wow, there's no cure for this. There's treatments, kind of the same protocol for everybody. We're all buying time, so it was kind of like a race to find a cure."

A cure didn't come in time. Jeff lost his only sibling. Eric was 48-years-old, married and remained tough until the very end.

"Even his coworkers were unaware that he was fighting this thing for six years. Chemo, radiation, stem cell transplants. It was like, wow. So he kind of hid it hard like a boss," Jeff said with pride. "It was after he passed that I said, 'Wow. There's this race right here in Appleton that, you know, one of the few things that actually raises funds for research and to take care of people with multiple myeloma."

Jeff began volunteering to help plan Miles for Myeloma. Participants can choose between a two mile or five mile run or walk. Last year, it raised over $27,000 for Mission Myeloma. The nonprofit organization provides financial grants and care packages to help patients deal with the effects of treatment.

"They'll tell us, 'Thank you for the bag of goodies or thank you for showing that you care. Thank you for reminding us that we're not alone," said Mission Myeloma President Shaya Swanson.

The camaraderie is also felt the day of Miles for Myeloma.

"There's a lot of people with pictures on their shirts," said Jeff.

Teams walk to honor loved ones who've passed and rally behind those still battling for their lives.

"While I'm running a 5 mile run, even at my age, I think well he could battle cancer for six years and go through chemo and radiation. I can push through a 5 mile run," Jeff said.

The goal is to raise awareness of the work of Mission Myeloma.

Vice President Mary Voss said, "Really the hardest part about it is spreading the word that we exist, so that we can help people."

Raising funds for research is also what keeps Jeff motivated and moving in memory of his brother.

"Those of us who witnessed and watched him go through that can kind of pick up the baton and keep going to find a cure for other people, so they don't have to go through the same thing."

Miles for Myeloma is celebrating it's 10th anniversary. This year's race is Saturday, October 5th at Encircle Health in Appleton. There's also kids' activities and raffles. Click here for more information including a link to register for the race.