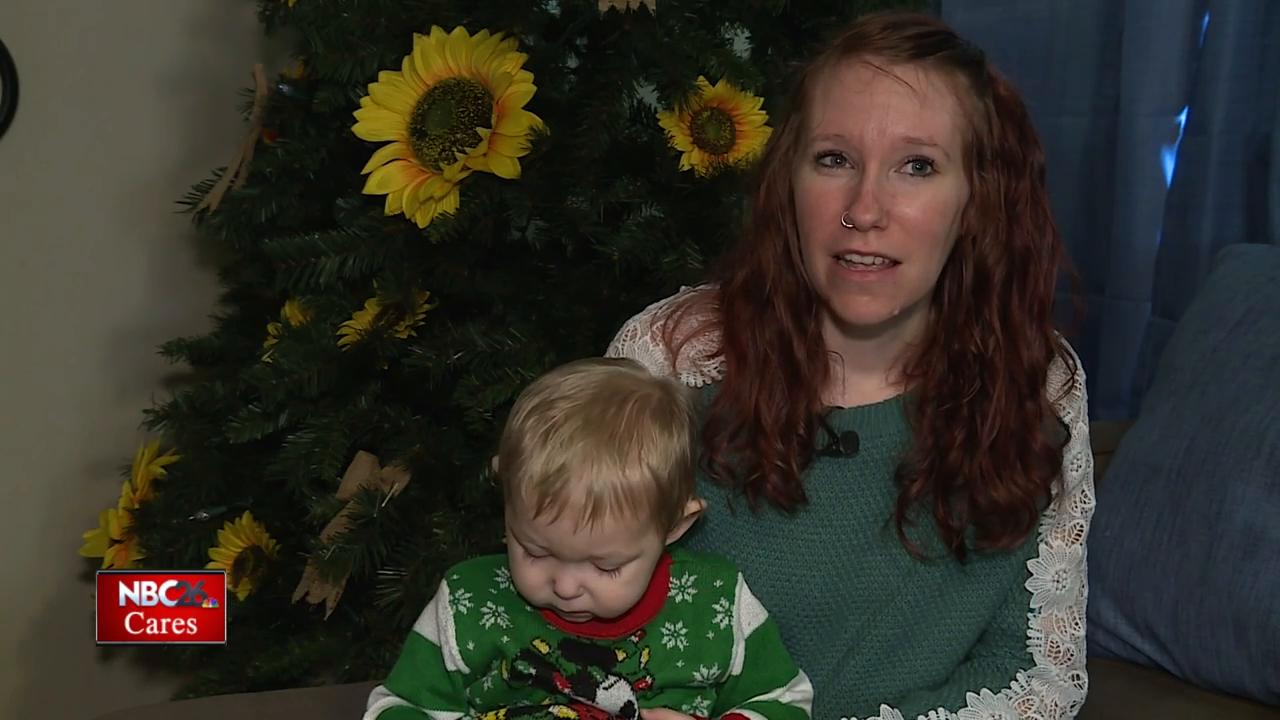 Hundreds of people across Northeast Wisconsin are having a merry Christmas because of a program called Lights of Christmas. Q90FM, a local nonprofit radio station, teams up with local police departments to raise funds and donate gift cards to neighbors in need.

NEENAH (NBC 26) — Hundreds of people across Northeast Wisconsin are having a merry Christmas because of a program called Lights of Christmas. Q90FM, a local nonprofit radio station, started the Lights of Christmas program in 2016. They team-up with local police departments to raise funds and then donate gift cards to neighbors in need.

Monica Rowe, a single mother with three children, recently got a knock on her door.

"I wasn't expecting anybody, and I looked outside and there was a cop, and I was like oh no."

"A lot of times we have a lot of negative contacts with people, and this is just a nice way of giving back," added Officer Samuel Santiago.

One of Santiago's fellow officers on the Neenah Police force handed Monica a Christmas card. It had three gift cards inside worth $150 to Festival Foods, Kwik Trip and Walmart.

"I was just shocked," said Rowe. "He just said we wanted you to have these gift cards. Merry Christmas, and I was definitely not expecting that at all."

Officer Santiago added, "We get mixed reactions. Some people are confused. They're not used to seeing an officer come to their door simply to give them something. They're expecting us to give bad news or something like that, so it's kind of cool to change the perception of law enforcement."

Rowe used the gift cards to buy diapers, food and other essentials.

"I usually work seven days a week just because I need the overtime, so it's really nice not to have as much pressure. Like that's $150 I don't have to worry about anymore, so it's pretty nice."

This year, the Lights of Christmas program raised $70,000 in gifts cards to share among 25 Northeast Wisconsin police departments. Officer Santiago keeps them in his squad car to give out when he comes across someone who could use a helping hand.

"You stop in a traffic stop or somebody who's having a hard time paying for gas, I mean a million and one different things that we're able to help them out."

"We just want people to feel recognized. They're a great part of our community and we just want them to feel encouraged," said Katie Connell, Community Outreach Director for Q90FM.

"A lot of times the people who need help the most don't want to say it, so to be able to help those people is what it's worth, what it's about," added Officer Santiago.

He said it's the reason he got into law enforcement in the first place.

"Christmas is a time of giving, and if we can help people who need it, that's what we're here for."

"I got the cards and I cried. It just means a lot. Thank you," said Rowe.