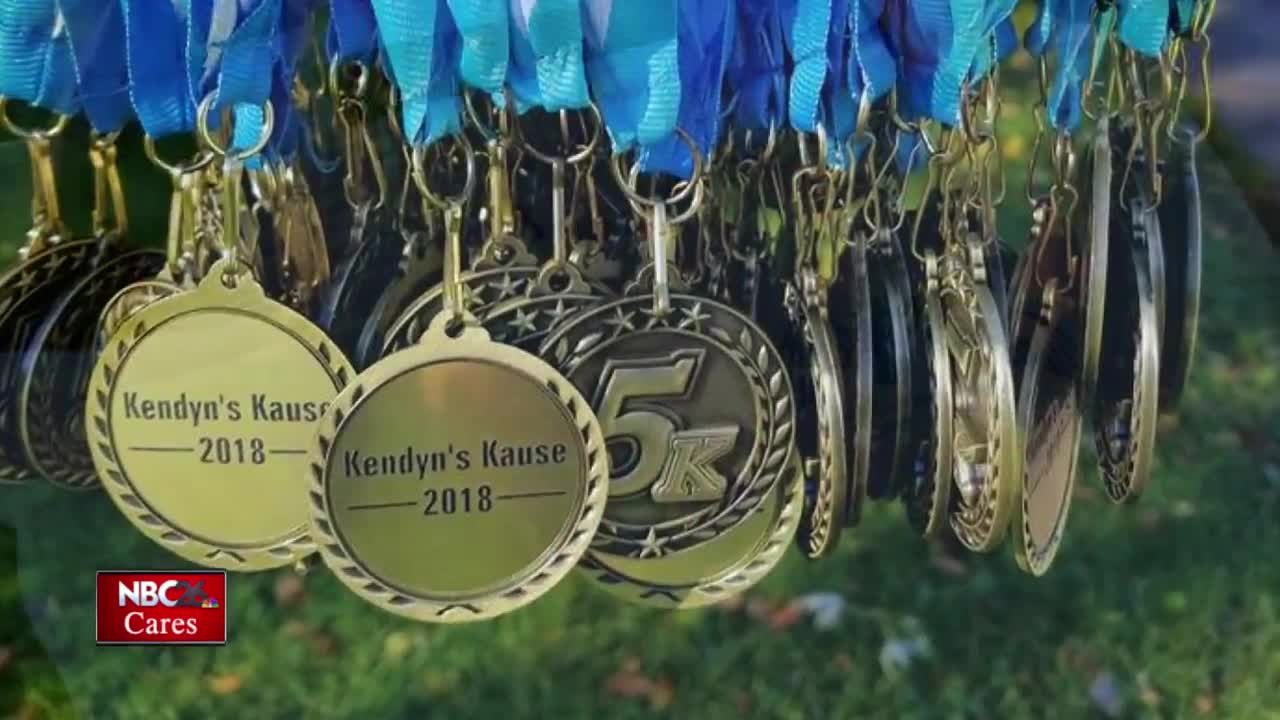 Sudden Infant Death Syndrome, or SIDS, is the leading cause of death among infants ages one month to one year, according to the Wisconsin Department of Health Services.

ASHWAUBENON (NBC 26) — Sudden Infant Death Syndrome, or SIDS, is the leading cause of death among infants ages one month to one year, according to the Wisconsin Department of Health Services. As researchers work to find an exact cause, there are some things you can do to reduce the risk. It's education that a Green Bay area family is spreading in honor of the loved one they lost.

Kendyn Blaser was a healthy, happy three-month-old boy when he died unexpectedly around Christmas in 2016.

"Went to sleep and never woke up," explained Kendyn's grandmother.

Kari Blaser said it's difficult having no explanation as to why her beautiful grandson passed away.

"It's just unimaginable, because you just still wonder to this day, why?"

Following his death, Kari and her daughter, Taren Conley, started a nonprofit organization in his memory called Kendyn's Kause. They host an annual 5K walk/run and chili cook-off to raise money for SIDS research in hopes of discovering what causes these unexplained deaths.

"They have some ideas. They think it might have to do with some brain stem issues. The doctor we work with thinks it may have a correlation to epilepsy," said Kari.

As the search for a cause continues, there are ways to lessen the risk of SIDS.

"We follow the ABC's of safe sleep. They need to be Alone, on their Back and in a Crib or a safe sleep area."

The funds raised through Kendyn's Kause events are also used to offer the public board books about safe sleep and free CPR certification classes. They partner with the Center for Childhood Safety in Green Bay as well.

"We provide them with all of the pack 'n plays that they donate to families who may not be able to afford a safe sleep environment," said Kendyn's aunt, Taren Conley.

Taren and Kari said their efforts are made possible through the community's continuous support of their events. Right now, they're gearing-up for the third annual Kendyn's Cause chili cook-off.

"We have eight cooks, and you can come on in and sample their chili," explained Kari.

"We are going to have a silent auction, face painting and caricatures," added Taren.

There will also be live music, raffles and celebrity judges. Taren said it's a fun atmosphere but also a day of remembrance.

"We have created relationships that have now lasted going on five years with other families who've been through the exact same thing that we have, who are thankful for us to be creating an event or a space that they can come and talk about their baby."

It's a space to share memories and celebrate the time they did have with their precious angels.

Kari added, "Everyday. Everyday I think about that little guy."

Kendyn's parents and little sister, who live in Wyoming, will be making a special appearance at this year's chili cook-off.