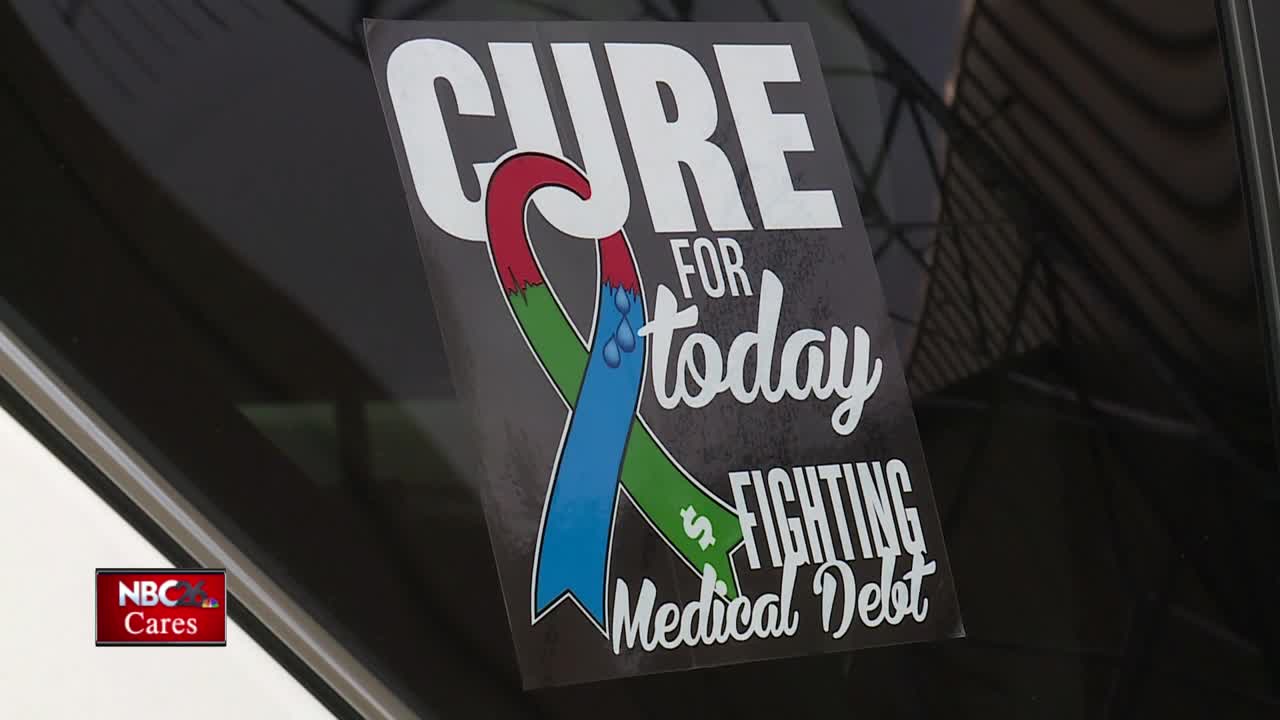 Rachel Swick of Forest Junction was diagnosed with Hodgkin's lymphoma about four-and-a-half years ago.

"At the time, I was a stay at home mom. My kids were three and one. Cancer was the last thing on our mind," she explained.

Rachel underwent chemotherapy and a bone marrow transplant at a Milwaukee hospital. It kept her away from her family for months.

"Everybody told me, you know, just worry about getting better, but you can't do that if you have all these bills piling up."

Rachel's church reached out to the Community Benefit Tree in Kaukauna. The nonprofit helped organize, promote and run a fundraising event for the Swick family. Hundreds of people attended.

"I mean cancer was the reason that everybody showed up and wanted to help, and that's all I could see was the good side of everything that day," Rachel said.

"It paid for lodging, food, gas," she explained. "Just a huge weight lifted off of our shoulders."

Now, as the Community Benefit Tree celebrates its 15 year anniversary of impacting the community, leaders are issuing the Impact 15 Challenge to raise $15,000 in 15 days. The organization is urging people to visit their website. Then, choose from more than 20 causes to advocate for, set a fundraising goal and share it on Facebook to encourage your friends to donate.

"Whether it's getting their service dog, whether it's providing with basic needs or for medical bills, it's really making that impact and that cure for today," said Executive Director Heidi Frederickson.

Donors will receive a window cling to display to also raise awareness of the millions of Americans who struggle with medical debt.

"If we can start those conversations, then people that are struggling through it would be confident in actually asking for help and saying it's OK, I don't have to feel embarrassed," Frederickson explained.

More than three years after her benefit, Rachel is now cancer-free and still using the money raised to pay for medications and medical bills.

"It was a miracle that everybody came together and did this for us."

Now, she's confident the community will come through again by raising $15,000 in 15 days for others who desperately need the support.

"We could not, NOT, do it without the community, and we are so blessed in having such a great community," said Frederickson.

The Impact 15 Challenge started on October 10th and runs through October 24th.

On October 29th, the Community Benefit Tree will reveal how much money the challenge raised during a special thank you pizza party and "Impact Champion" T-shirt giveaway at Badger Sports Park in Appleton.

In total, over the past 15 years, the nonprofit has raised over $5.5 million to help local families overcome their medical debt.