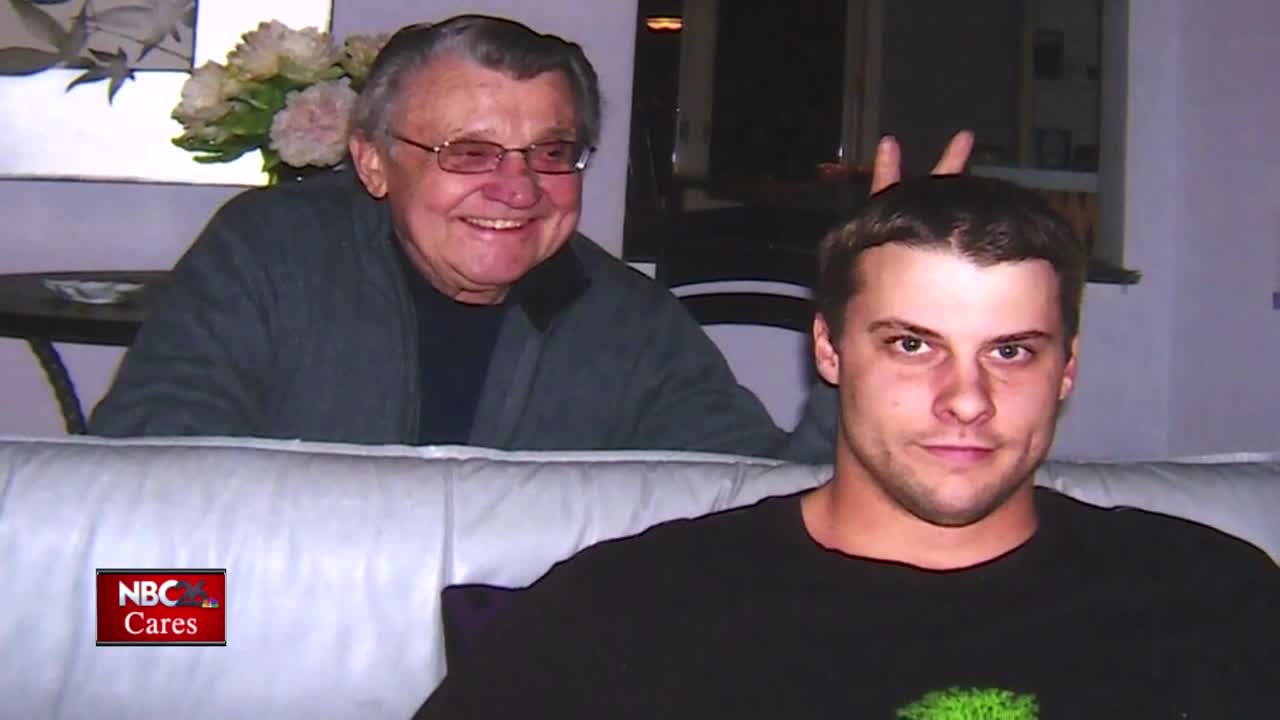 MENASHA, Wis. — Cindy Otto's son said his dream was to make the world better. So following his death by suicide, the Neenah mother started a nonprofit organization in his honor. One of the first projects she's working on will make sure Tylor's passion for horticulture and helping others lives on.

"That's Tylor just in his element in the mountains," explained Otto while pointing to a photograph.

Nature is where her son found some peace.

"People didn't recognize that he had a mental health condition," Otto said. "They didn't know how badly he struggled inside."

"Tylor was never afraid to share that he had mental health issues," she said. "He didn't talk about it a lot when he was young. He kept a lot inside and that was probably because he was a boy who was afraid to talk a lot about it and felt sometimes like he maybe deserved that."

Otto described her son as strong and independent but said he had trouble accepting help. He turned to extreme sports and spending time outdoors as his coping mechanisms. Tylor earned a horticulture degree from Fox Valley Technical College. He worked in landscaping and volunteered in Equador to teach others how to live off the land.

"He wanted to go there because he felt like it would help his anxiety and panic, and he wanted to help people," Otto said.

But in 2017, shortly after the sudden death of his grandfather, who was his father figure, and his beloved dog, Lucy, the 30-year-old took his own life.

"It was pretty devastating, and I knew that he had so much more to share with the world, that that didn't need to be the end," she said.

Otto created the nonprofit Tylor's S.O.U.L. It's an acronym for Seeds Of Unconditional Love. She wants to plant seeds of hope and grow people's knowledge of mental health issues.

"It's a hard way to live, and society doesn't help when we don't treat it like any other illness," she explained. "It isn't a quick fix."

Otto also has plans to build a healing garden outside the ThedaCare Behavioral Health building in Menasha.

"Tylor's doctor and therapist are here, and he had a lot of respect for them," she said. "He felt very safe and comfortable."

The therapeutic garden will feature Tylor's favorite grasses, flowers, shrubs and trees. It will have walking paths and a pergola.

"There will be different sorts of stations and areas that people can sit and enjoy nature, and you can hear the birds out here right now," she said during our interview.

It will be a soothing area where Otto hopes patients will eventually learn to grow their own food, like Tylor did, in a raised bed garden on wheels. Most of all, she wants visitors to relax.

"I want people that are in constant panic, or fear, or worry to not have to have that for a little bit of time," she said. "Where they can walk out the door and say, 'I can let everything go here.'"

Julie Meyer, director of Behavioral Health at ThedaCare, said it will be a nice break from the therapist's office and will help patients feel more at home, which could make them more open to sharing their challenges.

"Knowing that this garden is built out of a place of hope and a place of healing, will only allow our patients to grow and find hope and find serenity," Meyer said.

That's exactly the legacy Tylor would want to leave, according to Otto.

Otto is relying on community donations to the make the healing garden a reality. Right now, she needs $4,000 to reach her $10,000 goal. If you'd like to help, you can drop off or mail your donation to Community First Credit Union. Be sure to indicate that it's going to the Tylor's S.O.U.L. account. She hopes to build the garden this summer.

Otto is also working on a second project. She wants to purchase hydroponic equipment for a veterans' home in Green Bay, so veterans suffering from mental health issues can enjoy the emotional and physical rewards of growing their own food.

Tylor's mom believes his message to others who are struggling would be it's OK, you're not alone, seek professional help that suits you, share your story and never give up. It can get better.