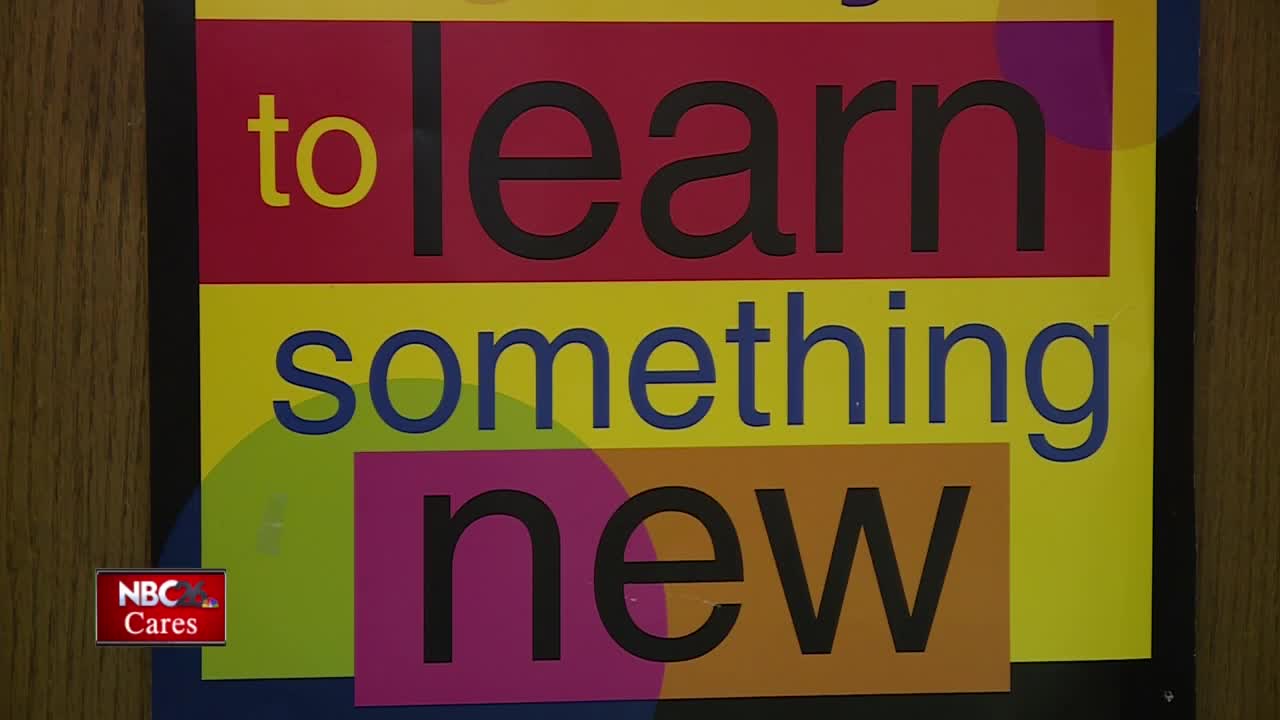 More than 12,000 adults in Outagamie County are believed to have low literacy skills, that's according to Fox Valley Literacy. The nonprofit organization was founded 29 years ago and has since helped thousands of adults, 18 and older, learn how to speak English and read and write better with the goal of improving the entire family's situation.

APPLETON (NBC26) — More than 12,000 adults in Outagamie County are believed to have low literacy skills, that's according to Fox Valley Literacy. The nonprofit organization was founded 29 years ago and has since helped thousands of adults, 18 and older, learn how to speak English and read and write better with the goal of improving the entire family's situation.

"Looking for a better opportunity, because it's hard in Mexico," he explained.

Here, he faced a new challenge. He didn't speak English.

"Only say thank you and hi. That's all I could remember," he chuckled.

"It's one of my goals when I just come here to pass the citizenship test."

He was paired with volunteer Jean Davis who the organization trained to be a tutor.

Delgado said, "She's really nice. She's really really good at teaching, and she has a lot of patience.

"It's just nice to know other people, get to know people from different cultures," explained Davis.

While the adult learners get so much out of the program, so does Davis.

"Just satisfaction that they're doing so much better, and then they go on to do other things that they wouldn't have been able to do before."

Delgado works in a restaurant and is on a path to becoming a U.S. citizen. His successes, and those of the nonprofit's other 350 learners, will be celebrated during the Faces of Literacy gala on Thursday, October 17th from 5:00pm-9:00pm at the Grand Meridian in Appleton.

"It's not just look they've learned. It's look at who these people are as a whole, look at what they represent and what they bring to our community," said Fox Valley Literacy's Executive Director Brian Leone-Tracy.

The gala will also feature dinner, live jazz, silent auctions and the chance to win an autographed Jordy Nelson jersey.

Leone-Tracy said, "You know we have a waiting list. If we had a bigger budget, we could probably get through that which would mean that's more people going out into the community, being a fuller participant and better part of supporting what's happening, and yeah, that takes money."

Delgado is grateful for the chance to learn new skills.

"I want to get my GED is another goal I have, so I think it's a very good opportunity to come here and study."

With the support of Fox Valley Literacy and his tutor, Delgado is on his way to achieving the better life he dreamed of.

"I'm proud of him very much," Davis said.

Fox Valley Literacy also has classes for adults who grew up speaking, reading and writing English but need additional help.