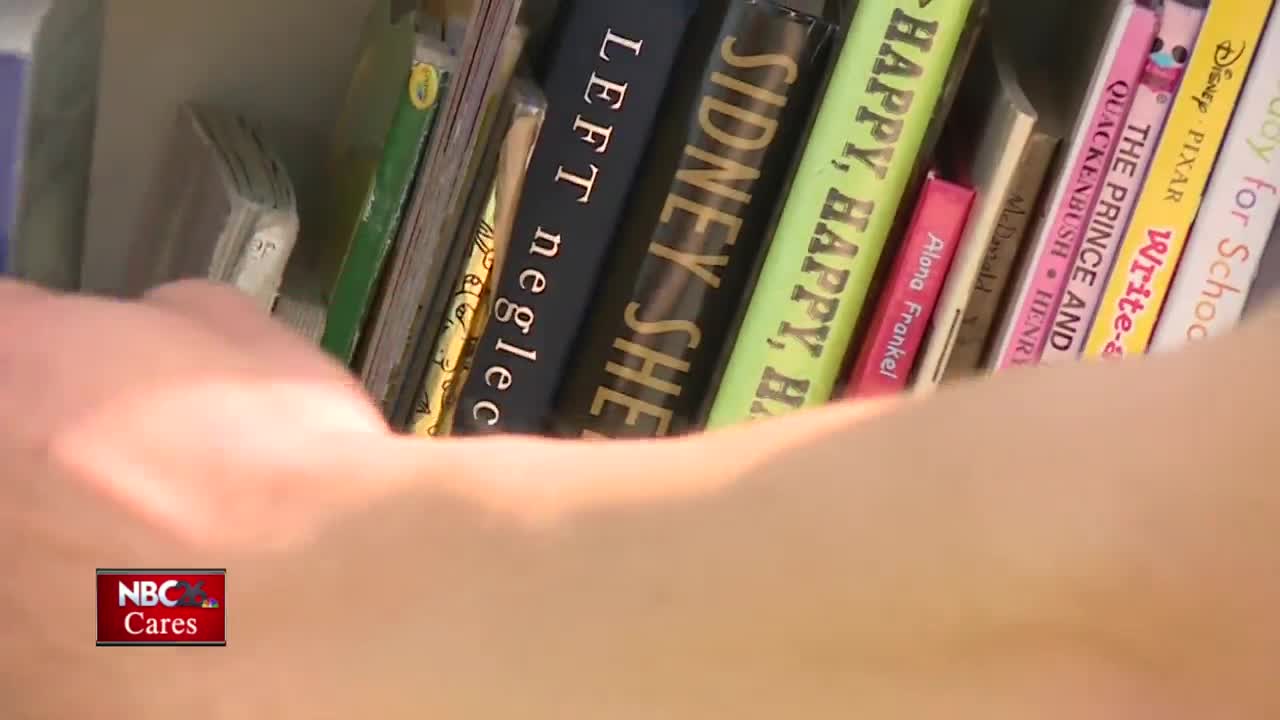 About two years ago, Glenn Reha enlisted the help of his friends to put up a small, wooden library in his front yard for the kids in his Grand Chute neighborhood to use. They loved the free book exchange, until vandals tried to ruin the fun.

GRAND CHUTE, Wis. — About two years ago, Glenn Reha enlisted the help of his friends to put up a small, wooden library in his front yard for the kids in his Grand Chute neighborhood to use. They loved the free book exchange, until vandals tried to ruin the fun.

"I woke up at 5:30 in the morning to flashing red lights," he explained.

Someone set fire to his mini outdoor library.

"Here was a lady, I didn't even get her name to say thank you, was pulling books out of the library trying to save them."

Despite her efforts, the wood was charred and 50 books were books were destroyed.

"I don't know why you would do it. What did you gain? Did you gain anything at all? Nothing," he said.

"People were pouring in left and right," she explained. "Some would come in with a whole bag or a box. We were getting brand new books through Amazon. It was incredible, the response."

Glenn added, "People from Canada texting us, 'Can we send you books?' People believe in reading."

700 books later, he was ready to restock the library.

"Now it's all rebuilt and happy," he said.

Glenn and his son refilled the shelves to continue sharing their love of reading with others.

"When I was young, my parents read to me. When my children were young, we read to them."

He hopes other parents and their children will also bond during story-time and improve their literacy.

"I think it's important that young children get hard books to read, not just iPads, where they can see pictures, they can change pages, parents, they can touch and feel back and forth," he explained. "There are so many adventures in books. There are so many places you get to go. There's so many other thoughts and ideas and things that you'll never be able to do, but a writer can bring it all into a book, and then you get to go through that whole adventure with that person."

Glenn, his family and his employees said they're overwhelmed by the outpouring of support.

"I just want to say thank you again for all the books, all the help," he said.

Mandy added, "I think with stuff that's been happening in the community lately, everybody's hearts are really open to helping, and giving and doing anything they can to bring that sense of community back together."

The response has been so incredible, Glenn said he simply can not take anymore donations, and despite what happened, he has no plans to install surveillance cameras.

"You're back on your own again. We trust everybody. The honor system."

It's turning a negative into a positive, so Glenn and his neighborhood can move on to the next chapter of their little library.

He said, "Americans are givers. They will give until it hurts, and that just makes my heart feel good."