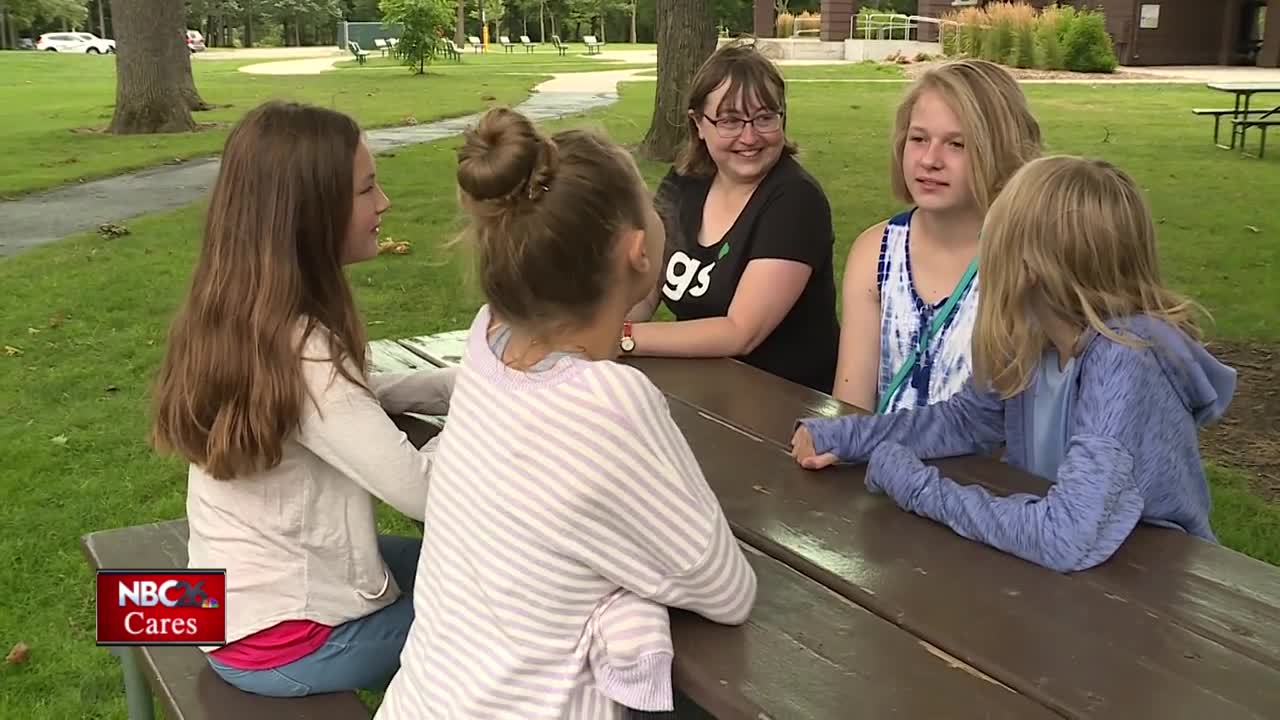 APPLETON, Wis. — With a new school year upon us, drivers will once again be sharing the road with school buses. Girl Scout Troop 2094 in Appleton recently completed a service project that they hope will protect their peers by reminding drivers to obey the safety rules.

"I think they saw news coverage of accidents where people hadn't stopped for buses, or bus drivers were saying that people weren't stopping, so they wanted to make it more safe for kids to get to school," said Troop Leader Leanna Miller.

The Girl Scouts decided to create an educational video that could save lives.

"That was all their idea. They're like, 'Well, we could do stop motion animation,'" Miller said.

"It was really fun, because we got to use a program that you got to take pictures and then they go into a video," explained Girl Scout Abbey Hintz.

"We had to stop it, do the button, and do that over and over. Then if we make a mistake, we have to go all over again. So, it was kind of hard to get it just right," added fellow Scout Ella Wouters.

The video begins with the word 'BUS' which they use as an acronym for 'Be Unusually Safe." Then, using props they collected from their families, including Little People, a toy school bus and cars, and a play mat with roads printed on it, the girls simulated what should happen when drivers come up on a school bus.

"Oh no, I have to stop because of the red light," said a voice in the video.

The characters remind drivers that they must stop for any school bus that has stopped and is flashing red warning lights. Under Wisconsin law, drivers must remain at least 20 feet away until the school bus starts moving again and its warning lights are turned off. Violators face a $30-$300 fine.

"They should stop for the school buses and just wait patiently," Hintz told NBC26.

"We need to be more careful of our surroundings," added Wouters.

"I think they did an excellent job of deciding the script and how they were going to lay everything out," Miller said.

They posted their completed public service announcement on YouTube. While viewers are getting an important safety reminder, the troop members are learning something too.

"That they can make a difference, and that they can help inform people about important issues in the community," said Miller.

"It makes a difference in the world to do something that's really nice and kind, and I feel like other people should do it too," added Wouters.

The troop earned a Bronze Award for their PSA which is the highest honor a Girl Scout Junior can achieve.

Click here for more information about the state's school bus safety laws from the Wisconsin Department of Transportation.