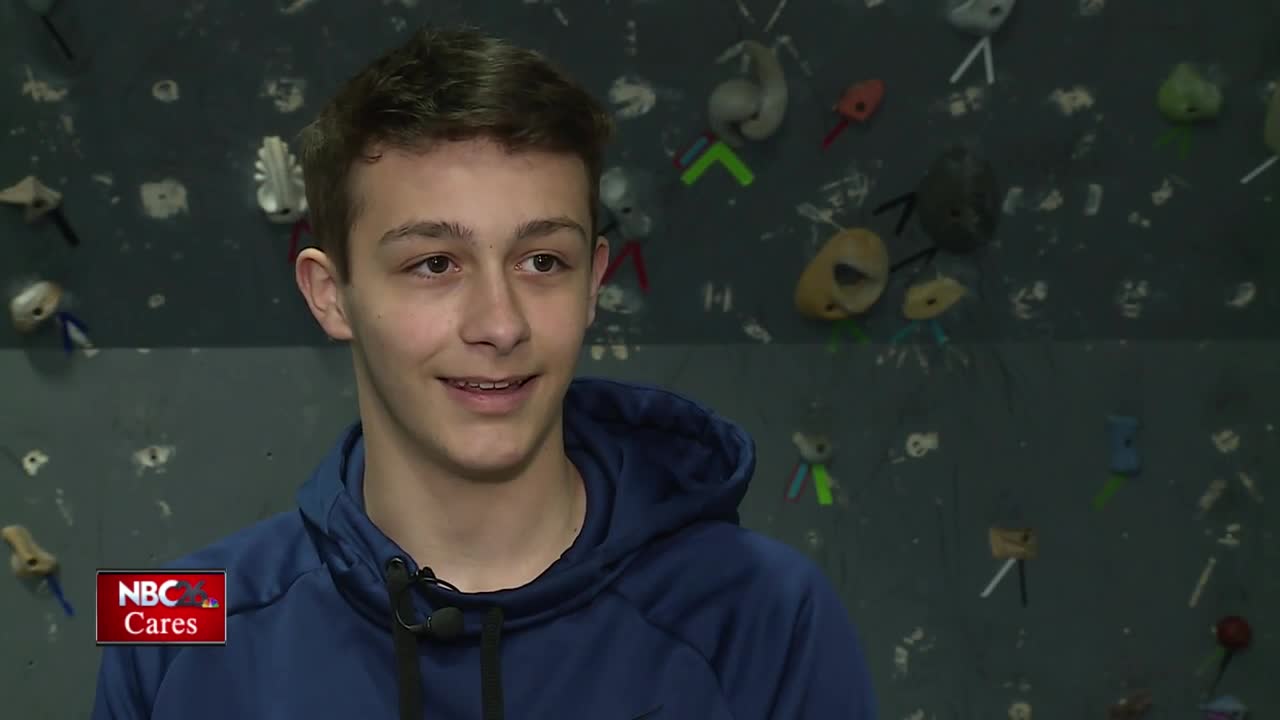 At Warrior Jungle in De Pere, Steven found a community that cares.

DE PERE, Wis. — 15-year-old Steven Mommaerts calls himself an opioid orphan, which is a child who has lost one or both parents to the opioid crisis whether it's to rehab prison or death. Part of Steven's path to healing is his plan to help other kids in the same situation.

At Warrior Jungle in De Pere, Steven found a community that cares.

"I found a place where I felt connected, you know."

From a young age, Steven loved to climb. But when he was 10-years-old, his carefree childhood crumbled when he learned his mother was addicted to opioids.

"That really broke me, and my grades dropped."

Some days he missed school. He said his mother was often too high to function, so he had to fend for himself by cooking his own meals. She ended up in prison, and Steven moved in with his dad and step-family.

"Bringing two families together is difficult, and I always think how awesome it is that my mom and my stepdad were able to do that," said Steven's stepsister, Calie Frewerd.

"It's very therapeutic," he said.

He formed a bond with the gym's owner who is former American Ninja Warrior contestant Drew Knapp.

"He has pushed me a lot. He's driven me to be the very best monkey I can be," explained Steven.

Now in a positive place, Steven also wants to take on the role of mentor.

"I want to help other opioid orphans find their outlet basically," he said.

Steven started a Go Fund Me to pay for kids, just like him, to attend 8-10 week long sessions at Warrior Jungle.

"We want them to know that we have an environment here where they can cast aside their worries, and they can focus on something else," said Knapp.

Steven added, "I hope they know that they are loved, and they are being thought about and that they're not the only ones going through stuff like this."

By sharing his journey, Steven aims to inspire other opioid orphans to also overcome their obstacles by finding their passion, purpose and path to true happiness.

Steven hopes to raise $1,000 to sponsor five kids at Warrior Jungle, or even more if he exceeds his donation goal.

In the meantime, Steven is taking his skills to the competition level. Last weekend, he took second place at the Ultimate Ninja Athlete Association competition in Chicago. He now moves on to the World Finals in Minnesota this July.