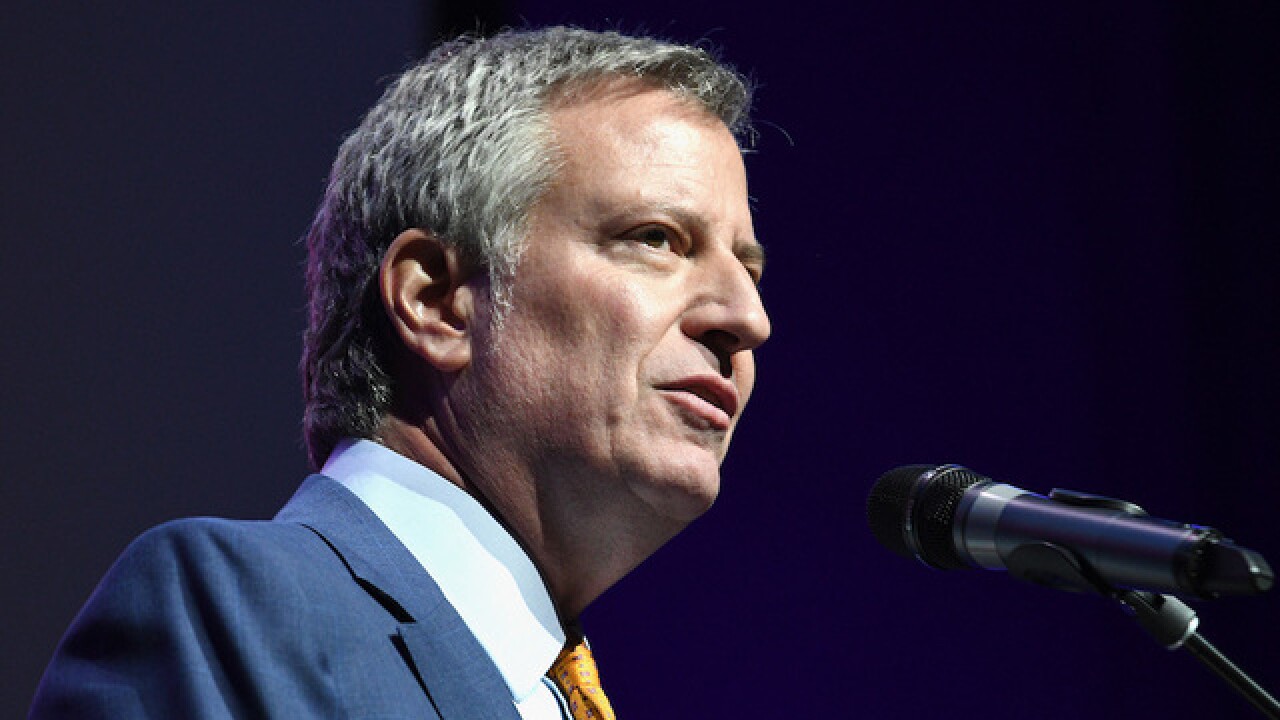 New York City delivered a powerful blow to the fossil fuel industry by launching a climate change lawsuit against the biggest oil companies and promising to dump billions of dollars of fossil fuel stocks.

New York became the largest American city to sue Big Oil, demanding that ExxonMobil, Chevron, BP, Royal Dutch Shell and ConocoPhillips pay for the cost of protecting the city from the "existential threat" of climate change.

The city on Wednesday also announced a goal to divest its $189 billion pension system from fossil fuel reserve owners within five years. New York said that would become first major U.S. pension plan to complete such an exit.

The lawsuit, filed on Tuesday, claims the city "already has suffered damage from climate change," including coastal erosion and tidal flooding. It said the city faces "imminent threats to its property, its infrastructure and the health and safety of its residents."

"We're bringing the fight against climate change straight to the fossil fuel companies that knew about its effects and intentionally misled the public to protect their profits," Mayor Bill de Blasio said in a statement.

The lawsuit cited recently-uncovered documents about what oil companies knew about the threat from climate change. A recent Harvard study concluded that Exxon "misled the public" for more than 40 years. Exxon has rejected the claims.

In response, a Shell spokesman called climate change a "complex societal challenge that should be addressed through sound government policy and cultural change to drive low-carbon choices for businesses and consumers, not by the courts."

Representatives from Exxon, Chevron, BP and Conoco did not respond to requests for comment.

The New York lawsuit follows recent ones filed by San Francisco, Oakland and other California cities and counties. Earlier this week, Exxon launched a counterassault , claiming that California municipalities failed to disclose to municipal bond investors the imminent threat from climate change that they detailed in their oil lawsuits. Exxon said it's the victim of a vast "conspiracy" and "abuse of government power."

"New York City today becomes a capital of the fight against climate change on this planet," said Bill McKibben, co-founder of environmental group 350.org, in a statement.

New York City's pension system is the fourth largest in the U.S., and controls around $5 billion in the securities of more than 190 fossil fuel companies. The funds invest the pensions of hundreds of thousands of active and retired city teachers, firefighters, police officers and other employees.

"Our announcement sends a message to the world that a brighter economy rests on being green," said New York City Comptroller Scott Stringer.

Stringer acknowledged that divesting from fossil fuels will be "complex" and will "take time." City officials plan to submit a joint resolution instructing pension fund trustees to begin analysizing how it can be done in a responsible way.

Various other U.S. cities have committed to divest their fossil fuel holdings. Powerful pension funds such as the California Public Employees' Retirement System (CalPERS) have also done so. Even Norway's $1 trillion sovereign wealth fund, built on the country's oil riches, has backed away from fossil fuels.