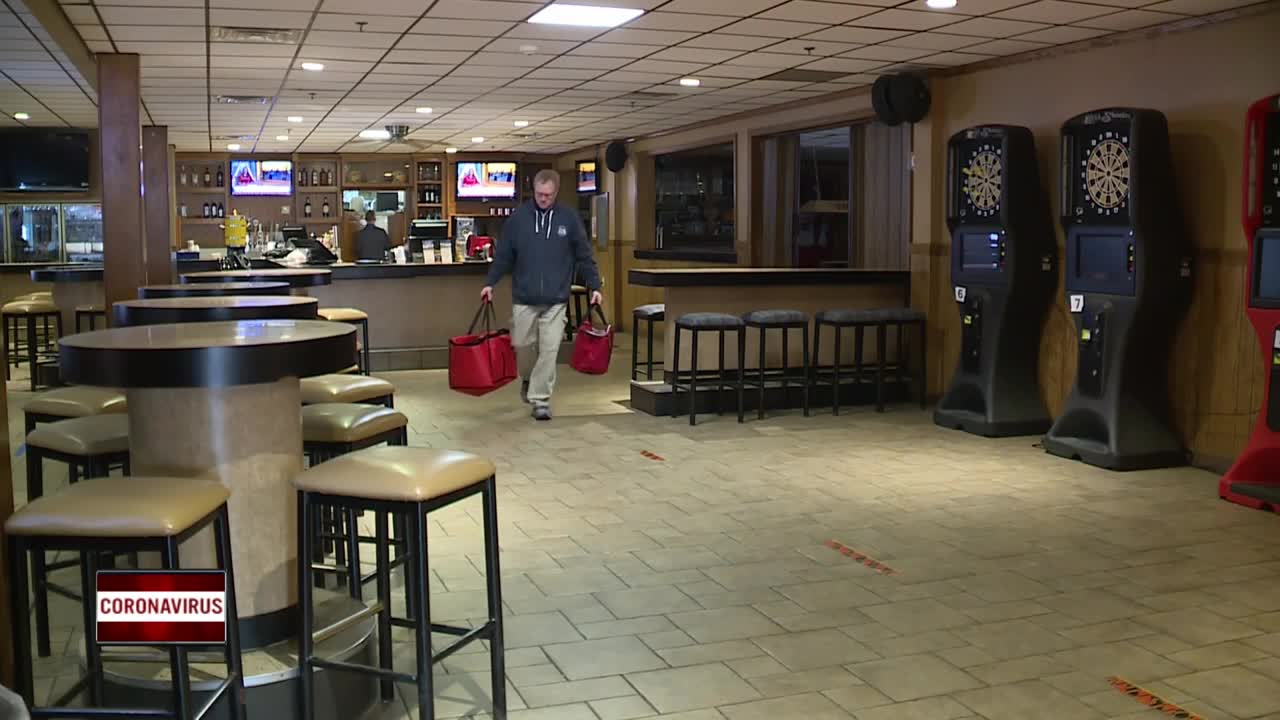 The available parking at The Bar, in Green Bay isn't something management here is used to seeing, but with the Governor's order to keep customers outside this is a new reality.

GREEN BAY (WGBA) -- The available parking at The Bar, in Green Bay isn't something management here is used to seeing, but with the Governor's order to keep customers outside this is a new reality.

"It's dramatically cut our business. right now we're just trying to have enough business to stay open," says Jess Miller the co-owner of The Bar in Green Bay.

Miller says sales have dropped about 60 percent in the last week and he has had to cut all of his hosts, servers and bartenders in just the past week. Today, Miller says his staff consists of a few cooks, a couple of managers and several delivery drivers.

"We had an okay weekend with deliveries and takeouts but if it doesn't stay at that rate it's hard to say how long we'll be able to keep doing it" explains Miller.
At The Bar, unlike many other restaurants thrown into this whirlwind of a situation, they have experience in the food delivery business. But, in the last week, they started getting more accustomed to the ever-growing trend of curbside pickup.

"If you can order from local restaurants we would certainly appreciate it. It's keeping us afloat and it's also keeping us able to keep our employees around," says Miller.

And while it's no secret that this bar and restaurant isn't going through this crisis alone, management says what's really overwhelming right now is the support they've seen from their community.

"I do think there are a lot of people concerned and they want to keep the small businesses around, keep them afloat in a tough situation like this. So a lot of people have been very good about saying, hey we appreciate that you're open and we want to support you," adds Miller.