Team Rubicon helps out after flooding 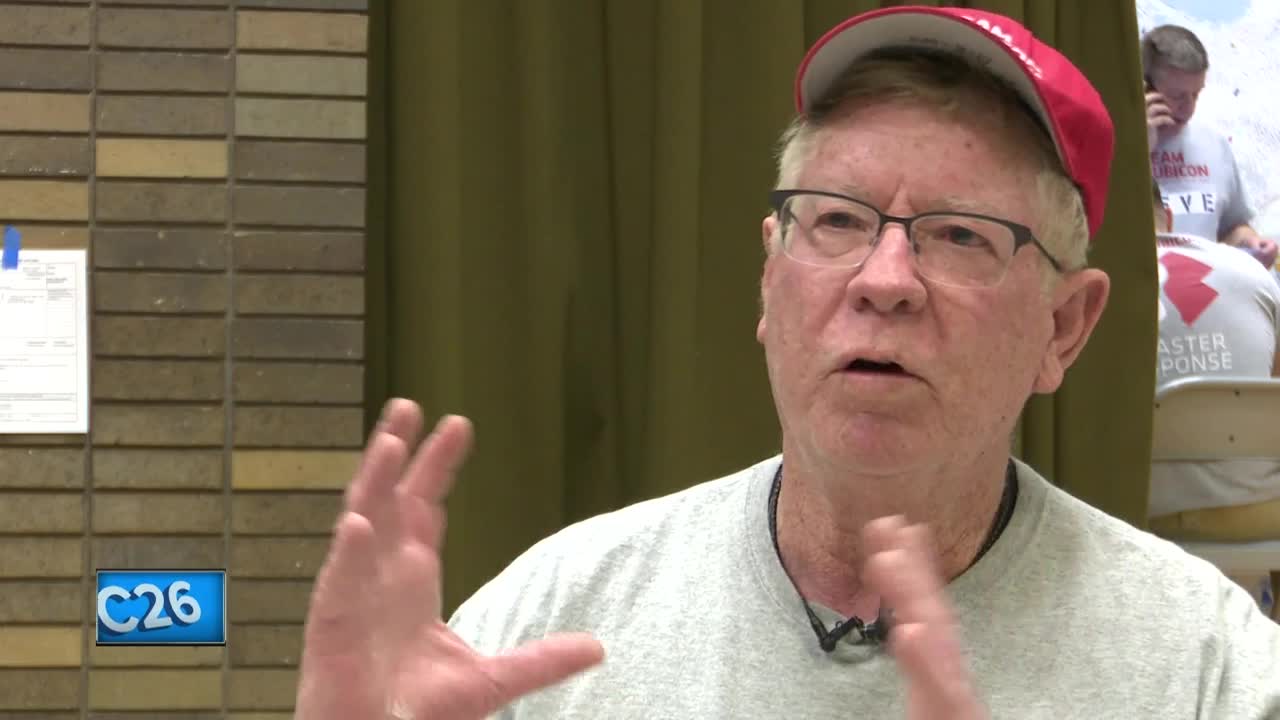 FOND DU LAC, Wis. — Many in Northeast Wisconsin continue cleaning up after flooding flowed through neighborhoods.

"The basement is a complete and total loss, and the water made it up just under the first floor boards of the first floor," said Ricky Neal, a homeowner still cleaning up from the flood.

He said he watched his house quickly fill with water.

Team Rubicon came to his door to lend a hand by dragging carpet to the curb.

"It would've taken Tish and I all day, so it's a great help," added Neal.

But this isn't the only house on Team Rubicon's agenda while they're here.

Glenn McCullough is a planning section chief for this operation.

He told us they hope to help almost 30 houses this weekend.

"We're working mostly in the river and the flood plain of Fond du Lac. Naturally, where the people had, you know, the highest water levels," said McCullough.

He added that they're doing muck-outs and debris removal.

"We're going to be pulling things out of people's basements that have been flooded and getting them out on the streets so the Public Works Department can pick them up, and these people can start rebuilding their lives," said McCullough.

People like Ricky told us they're feeling fortunate to have groups like Team Rubicon and other volunteers, willing to step up and help all those struggling with damage.

"It's just nice there are people that are willing to give up their free time like that to help people in need. So you know, it's got me thinking that Tish and I probably should join a group and pay it back," said Neal.

Team Rubicon said they will be in Fond du Lac for the next few days and encourage others to join the efforts.