Should moms bring their newborns to class with them? 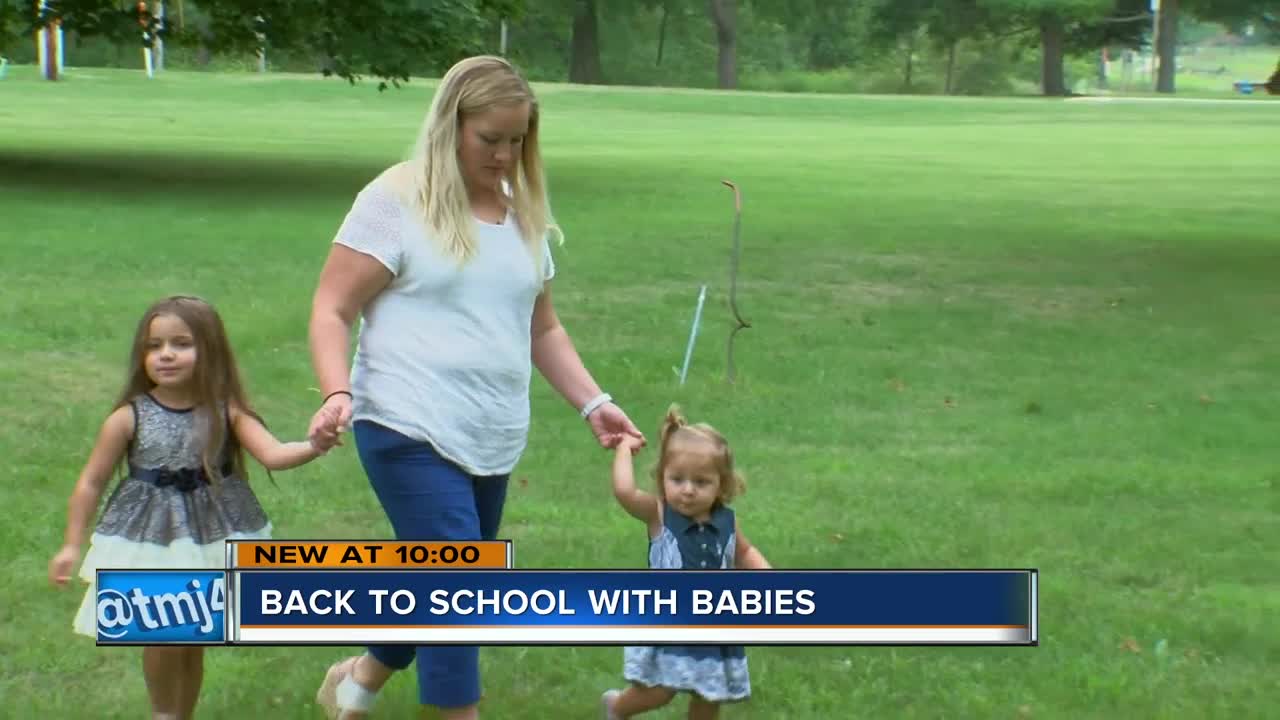 Alternative college students have different needs than those of the typical 18-22 year old. Some are moms, and that can be difficult on a new parents life.

It's not common to find moms with their babies in tow in college, but Southeast Wisconsin schools draw a lot of grey lines about bringing babies to class.

Mercedes Islas planned to get her nursing degree at University of Wisconsin-Milwaukee before she had more kids.

Once the surprise sunk in, Islas sat down with her professors.

"An option would be to take a semester off and then start again in the fall instead of the spring and she didn't want to do that," said Rochelle Nelson.

Islas said she stopped working to take care of her first child, but she wanted to go back to school full time. She didn't want to put it off anymore.

"I had my daughter on a Wednesday and that was my day of clinicals, so I missed that Wednesday. Then the following week I was right back at clinicals," said Islas.

"It was very risky for me to make the decision a week after having a C-section to go back into clinicals," said Islas.

As for her other courses, professors like Rochelle Nelson helped Islas make arrangements. She spent six weeks in virtual classes via her computer.

"So not only could we bring her into the classroom as an active participant, we could record the class session in case she needed to view it later on," said Nelson.

When things slowed down at home Islas was back on campus.

"Being able to be in class that was essential for me," said Islas.

One of her professors let her bring the baby to class.

"As soon as I started like would notice that she would get fussy I'd stand up, I'd bounce around with her a little bit, and if I couldn't calm her within a couple of seconds or I needed to change her diaper or something then, I would step out of class," said Islas.

Nelson has worked at UW-Parkside and UWM for 14 years and she has seen more mom's bringing their babies to class.

"Definitely needing to bring their baby to class especially if they're breastfeeding and we encourage that for health reasons," said Nelson.

The UWM and other UW affiliates said they work with each student based on their needs. Milwaukee School of Engineering has the same idea.

"I feel like if there isn't a policy then there isn't anything they necessarily have to abide by," said Islas.

Islas hopes she's paving the way for other students to speak up.