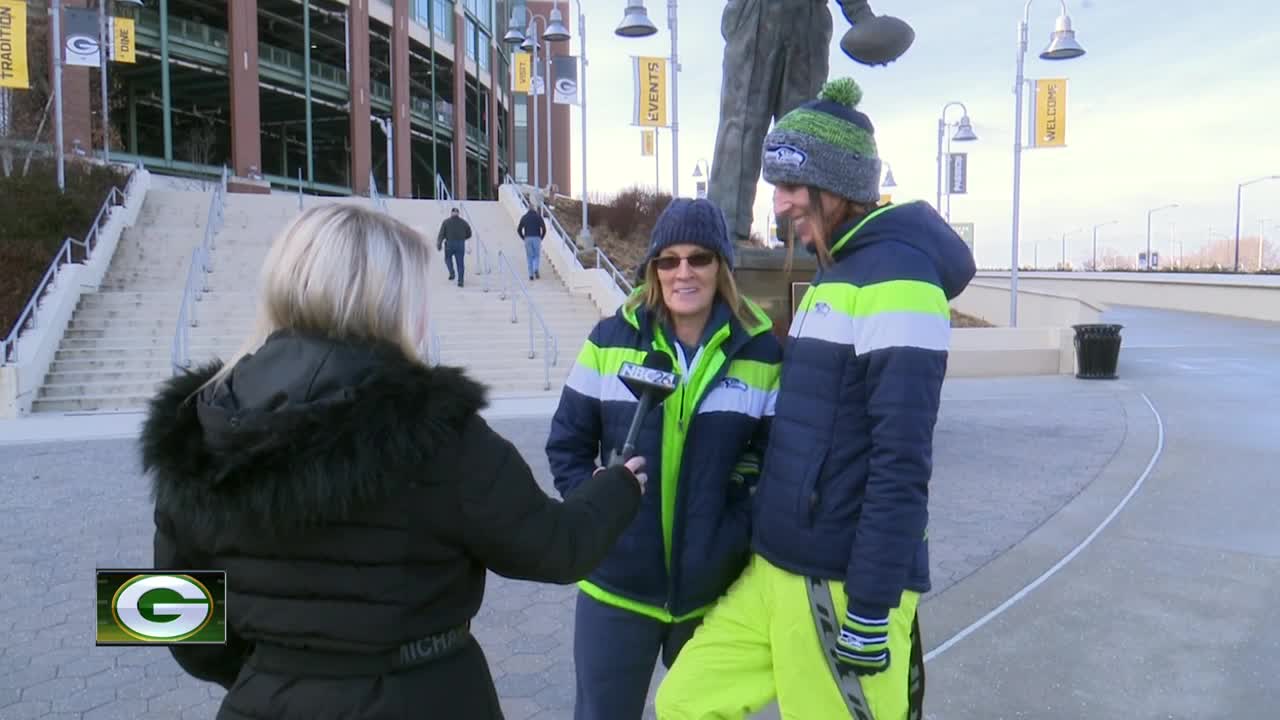 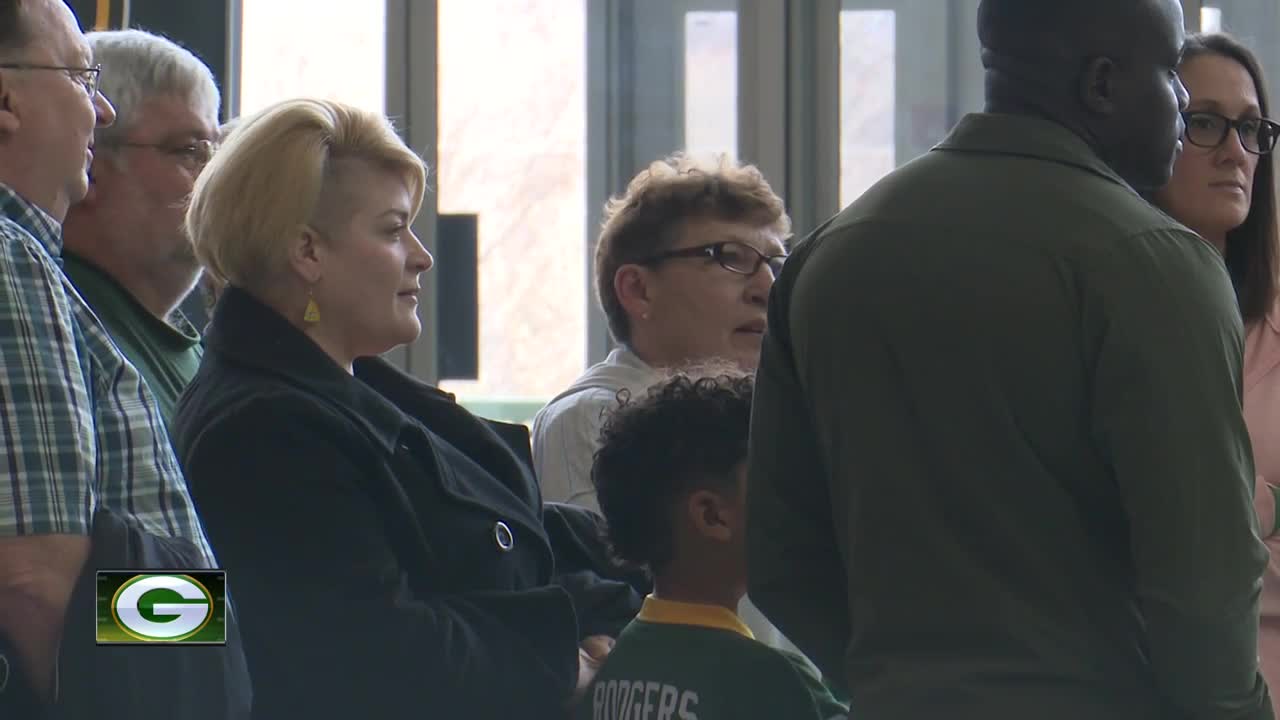 GREEN BAY (NBC26) - As Packers fans are getting excited, Seattle Seahawks fans are trickling into town.

“I hope nobody hits me with my Seahawks stuff on,” Murial Johnson of Elk City, Idaho said jokingly.

Johnson, a Seahawks fan, is here at Lambeau with her husband, who is a Packers fan, for the first time.

“We came in last night, it’s been awesome, we've been everywhere,” she said.

While Seattle fans were hard to pinpoint Friday, there was no missing Donna Hanson and Effie Lou Warren, who were straight from the Emerald City.

“I never ever thought I’d come to Wisconsin, let alone Green Bay, and stand in front of Lombardi,” Warren said.

All three say they flew in early for the big game Sunday. Johnson said they had 16 inches of snow two days before they left. We asked them what their first impressions of Lambeau were, and their answers were priceless.

“I think I got goose bumps,” Johnson said.

“I am just amazed right now,” Hanson added. “It’s been a beautiful experience and it’s only going to get better.”

Maybe with a Packers win...

But if there's one thing Wisconsinites are known for, they all picked up on it.

“Everybody is so friendly,” Johnson said.

These Seattle fans said they're taking the rest of their time to take in the sites, go on tours, and what they're most looking forward to is:

“Lambeau field,” Johnson told us. “The big deal is the Ice Bowl. My husband always talks about that, and we watch clips of that. So that’s pretty exciting; and being in an open air stadium.”

An open air stadium, which Seahawk fans might have to be careful with, seeing as they might fly away without the ‘W.’