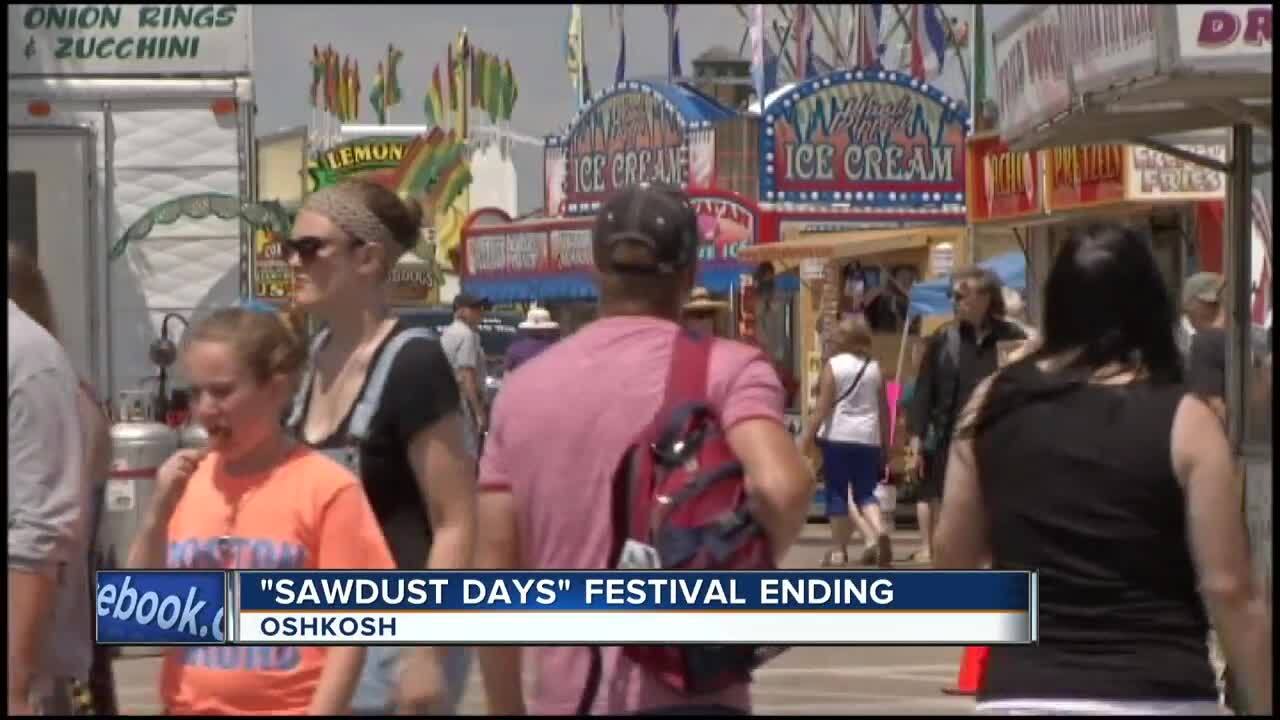 OSHKOSH, Wis. — It's the end of an era in Oshkosh: after 47 years, Sawdust Days has come to an end.

Leaders with the summer festival made the announcement on their Facebook page on Friday, citing money problems.

The post says they tried moving the Fourth Of July event to Winneconne but were not successful.

The post thanked the city of Oshkosh and all the volunteers who gave their time.