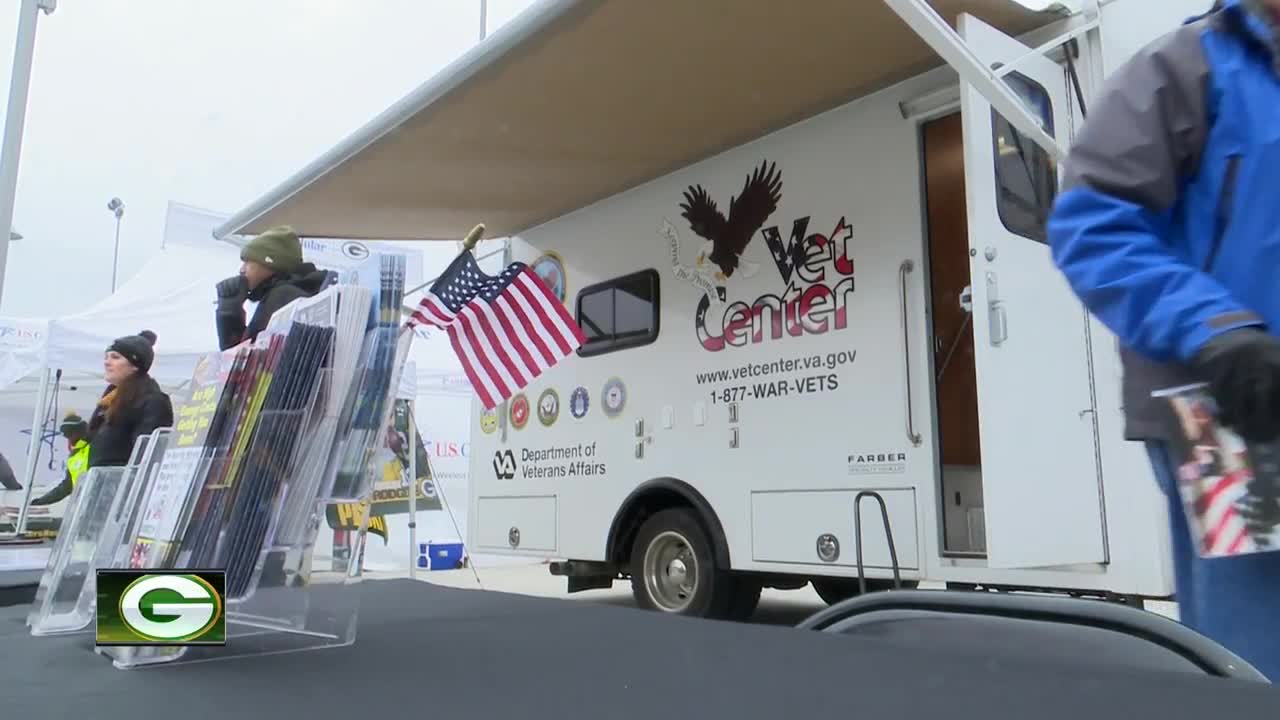 GREEN BAY (NBC26) - Military members and veterans are being honored at Lambeau as part of the NFL’s Salute to Service. Sunday, there was a special vehicle in the parking lot looking to grab veterans’ attention.

“It’s pretty much a rolling office,” said veteran Jim Harsh, the director for the Veteran’s Center in Escanaba. “We can set it up to do counseling in remote areas that veterans can't get into the V.A. We can take this to where they're at.”

The Mobile Vet Center rode in before the game to try and get the word out about what they can do for vets and their families who are adjusting back to life after serving.

“Without those resources, there might be people like myself, who when we got out it was a very quick process, and you're not necessarily always informed of what's available outside,” said veteran Hannah Frenchick.

And what better day to be at Lambeau as the Packers continue their Salute to Service.

“I think it's an awesome thing the NFL does and I think it’s really cool to be here with my dad who is also in the army,” Frenchick added.

“It’s a special time coming to the mecca of the NFL,” said veteran Daniel Coakley. “I’ve always wanted to come here; this is my first time here.”

No matter if it’s a veterans first time at Lambeau, or hundredth, Harsh said he’s hoping to help as many veterans as he can. He adds with this vehicle alone, they've been able to serve thousands of veterans over the last handful of years.

While there are 80 Mobile Veterans Centers across the nation, the one parked at Lambeau Sunday, mainly stays in Wisconsin. It’s traveled as far north as Bayfield, and as far south as Rockford, Illinois.

“It’s neat that the American population is recognizing the veterans and sacrifices made, and our family goes back to the Revolutionary War, so it means a lot,” added veteran Mike Frenchick, Hannah’s dad.

The American Red Cross shared a space with the Mobile Vets Center. They were having fans sign holiday cards that will be shared with service members, veterans and their families. The organization has partnered with the Packers for this, for the last few years.

"People realize it's important,” said Bill Hampton, the regional philanthropy officer with the organization. “You should see the heartfelt messages we get, so when the veterans see them; and when the Packers sign them as well. They sit there and read some of them, go through the whole card, the whole list. It's pretty cool, pretty impactful.”

The cards will be dropped off at veterans’ homes throughout Wisconsin for 1 to 2 weeks, so they can cherish fans' messages.