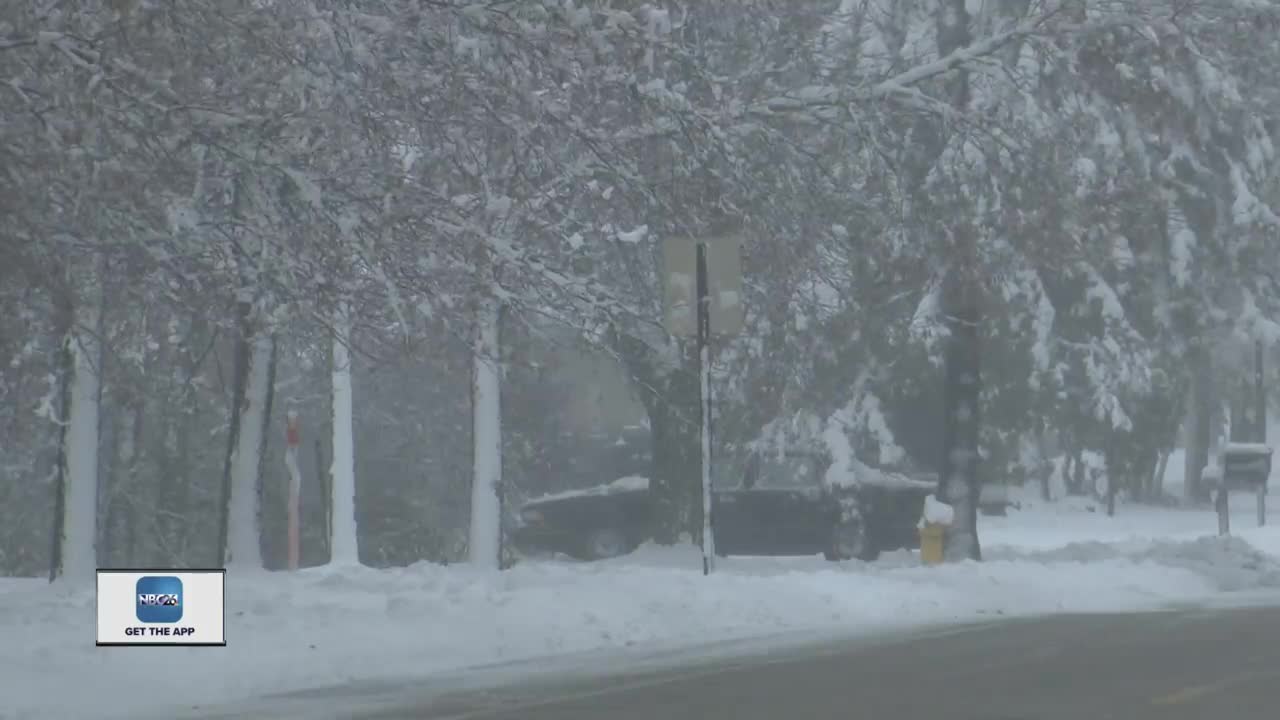 ASHWAUBENON (NBC26) - "You got to get this stuff off your driveway,” said Patti Wauters. “I don't want to say a swearword; it'll probably get bleeped out. That four letter 'S' word other than snow."

While the storm can be a pain, Wauters of Ashwaubenon is not letting snowblowing get in the way of her holiday spirit.

"It's beautiful. It's a winter wonderland. We don't have to start dreaming of a white Christmas, it's here."

But just because it’s looking pretty, doesn’t mean the same from the driver's seat.

The Green Bay Public Works department began a second sweep of the city around 9 p.m. Sunday night to help get roads ready for the weekday commute. With thousands of drivers hitting the road back home to wrap up the holiday, Ashwaubenon Police said there’s a few driving bad-habits that increase during that time.

“Mostly reckless driving, following too closely, speeding, being impatient,” said Lieutenant Nick Kozloski. “There's a lot of people on the road. Just like your travel it's going to take time and take you longer to get there, so just have patience."

As the storm passes and roads clear up, Lisa Weise, who was shoveling her mom’s driveway, said overall the winter storm wasn’t as bad as she thought.

"It's not so bad; I thought it was going to be a lot more slushy and heavier,” Weise said.

Some areas north of Green Bay had much heavier snowfall. For the latest on upcoming conditions, click here.