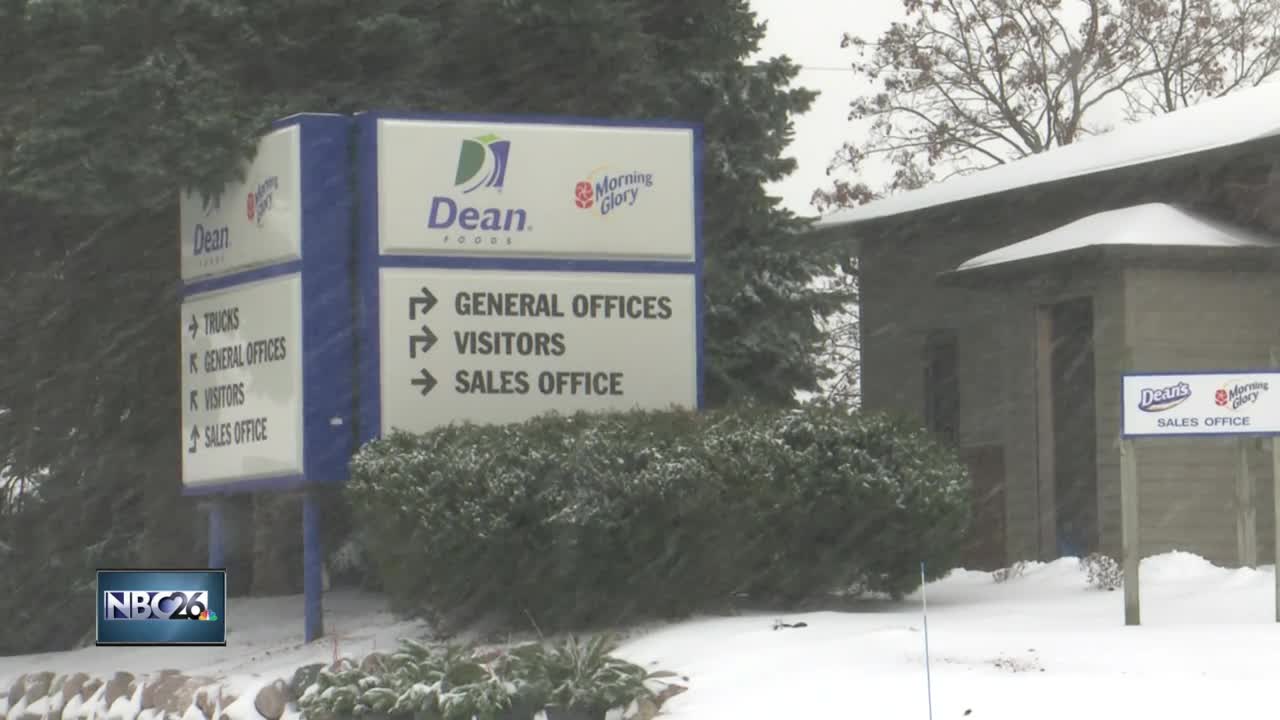 "We don't have a crystal ball to tell people how it’s going to shake out," said Liz Binversie, an agriculture agent with Extension Brown County.

There are around 130 dairy farms in Brown County, and milk is the number one commodity for the area. Of the 57 plants that Dean Foods owns across the country, one of them is right here in De Pere.

"It's certainly a challenging time in the dairy industry,” Binversie said. “There are bankruptcies happening at the farm level, and now we see at a much higher level in the supply chain management."

Morning Glory Dairy is Dean Foods' processing plant in Brown County, and the only one in Wisconsin. They could not comment on Tuesday’s bankruptcy announcement; but in an email from Dean Foods, they say operations will remain uninterrupted here, and across the nation. So you'll still see Dean Foods’ products and brands on your local store shelves. However, they add that “any future decisions regarding our plants will be based, as always, on market conditions and the needs of the business.”

While the announcement is still very recent, this leaves several questions left unanswered for local farmers; causing concern if they will have to switch companies they ship to.

Unfortunately, this is not the first time, something like this has happened in Brown County. Within the last few years, a cheese producer had to drop about a dozen dairy farms; luckily they were able to find somewhere to take their milk. At this same time, Dean Foods also had to drop a few local farms. While Binversie said because this announcement is still too new, there’s no telling what the future holds, however, it’s not a bad idea for farmers to start planning ahead.

"If people are concerned about that, there are resources within the extension office,” she said. “We can look up the different processors in the county and area. Likewise DATCAP Farm Center can do that too if anybody wants to start talking with another processor. Again, I urge people not to panic at this point, if you do want to start talking to other folks, not that I’m telling people to jump ship from their milk processor, because again we don’t know how this will shake out."

A representative from Dean Foods adds that they are currently 'only in discussions' with Dairy Farmers of America who has shown interest in purchasing the company.

In total, there are43 debtors names attached to the bankruptcy filing including Verifine Dairy Products of Sheboygan, who closed their doors four years ago.

Dean Foods also provides milk to local schools for breakfast and lunch programs. Wednesday, the Green Bay Area Public School District received some good news. They said this will have no impact on their milk supply.

We did reach out to several local dairy farmers who did not want to give a comment for this story.