Hundreds of motorcycles ride in honor of Kevin "Hollywood" Hein 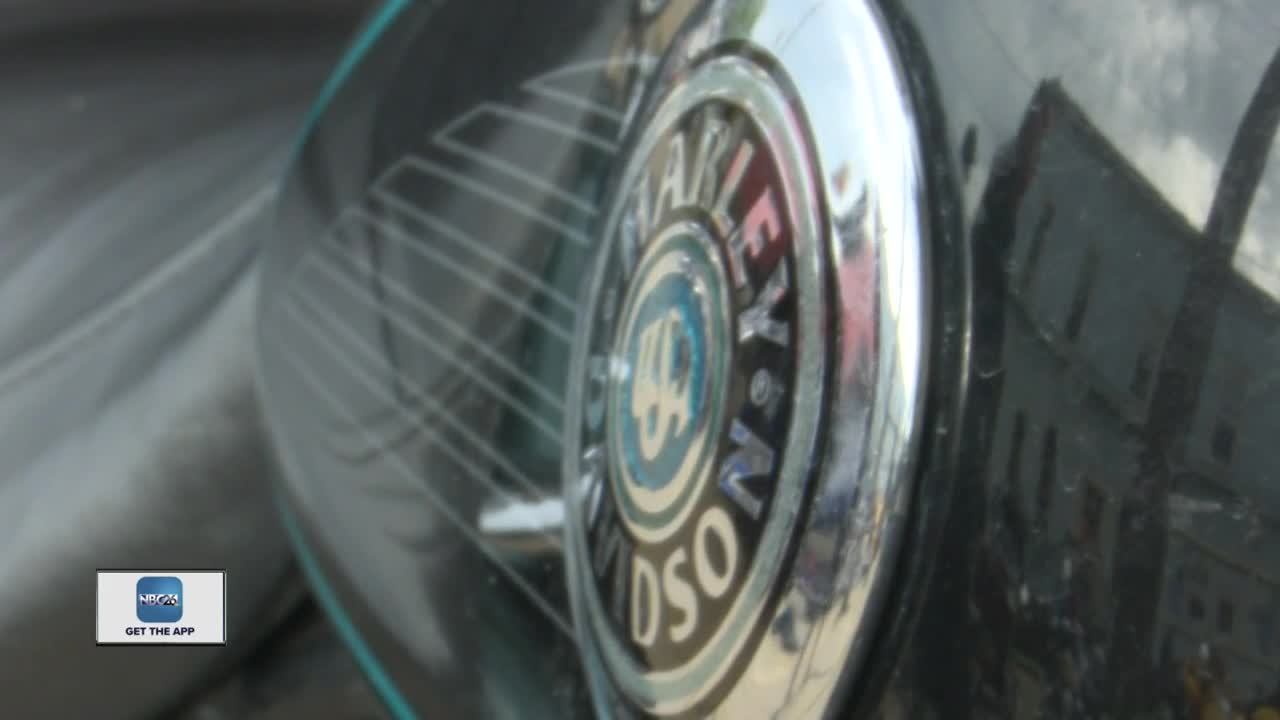 A memorial service for the victim of an armed robbery, who was shot and killed at a Neenah bar earlier this week, drew hundreds to Clintonville Saturday. But before the service, his friends and family honored him, the best way they knew how.

“The fact that Hollywood is not here; that's the hard part,” said one of Hollywood’s friends, Wade Wisnefsae.

While there are tears in their hearts, there wasn't a drop in the sky as motorcycles could be seen for miles to honor a man they all love.

“He was like a big teddy bear,” said Mel Kiesow, she used to bartend at one of the bars Hollywood would go to.

Family and friends hit the road to honor Kevin Hein, better known as Hollywood, who was shot and killed Monday night at a bar in Neenah by an armed robber.
And even though Hollywood couldn't be at Jimmer's Bar for the ride.

Those who love him, say he was there in spirit.

“I’m honored to ride his bike in this memorial for his family and for him. It means a lot to me.”

With heavy hearts, motorcycle after motorcycle took off with Hollywood on their minds.

“We are all here to support him 100 percent and that the community is behind this and wants to find who did this to him. It’s sad,” Mel said.

Knowing, he's on the road, right beside them.

“I think he's with all of us,” Wade said. “Rest in peace Hollywood.”

The person who killed Hein has still not been caught. Neenah police released an updated description of the suspect earlier this week.
Police say the suspect is about 6'3" or taller. He's a white man with an average build. Police said he's either balding or has extremely short hair. He might have an injury to his forehead.