Hortonville Police squash rumors of 14-foot rattlesnake in the area 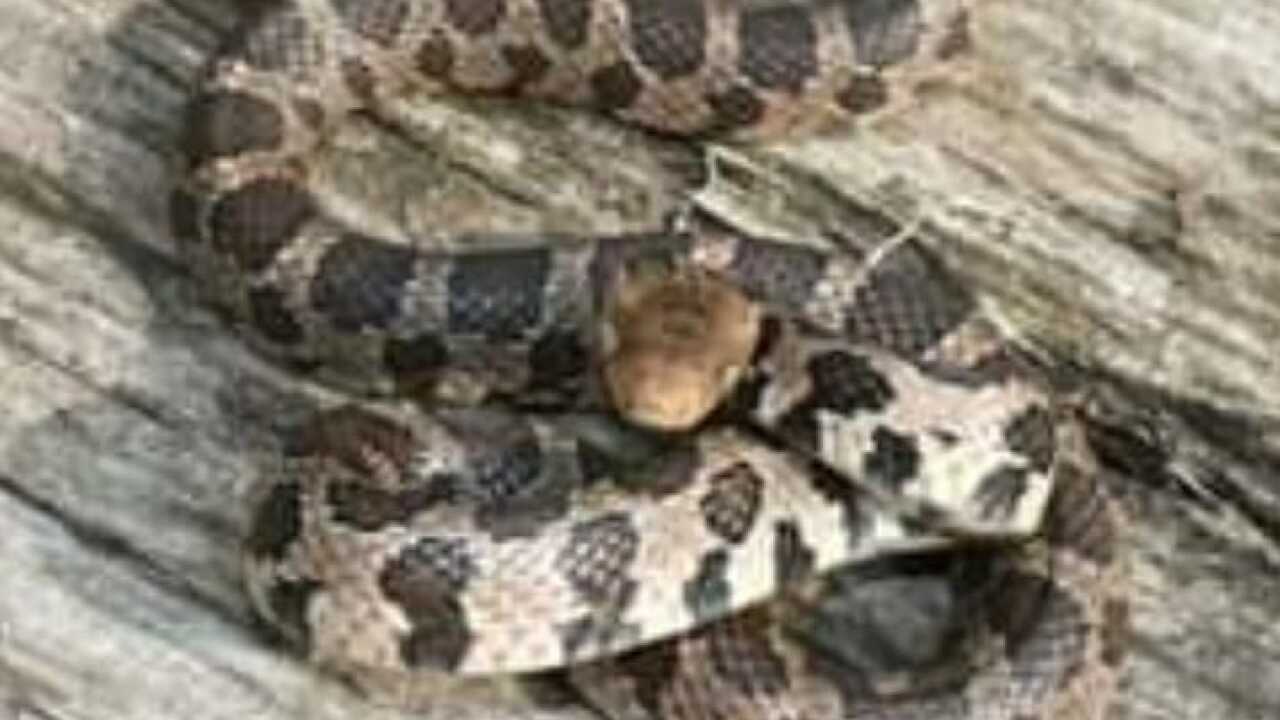 HORTONVILLE, Wis. — Hortonville Police say a rumor going around that a 14-foot rattlesnake has been spotted in the area is not true.

It was determined to be a Fox (Pine) snake.

A witness said it was making a rattling sound which is common when a Fox snake feels threatened.

There were also rumors that someone released the snake into the wild from a neighborhood. Police say that is not true either. Fox snakes are common.

Fox snakes are not venomous.