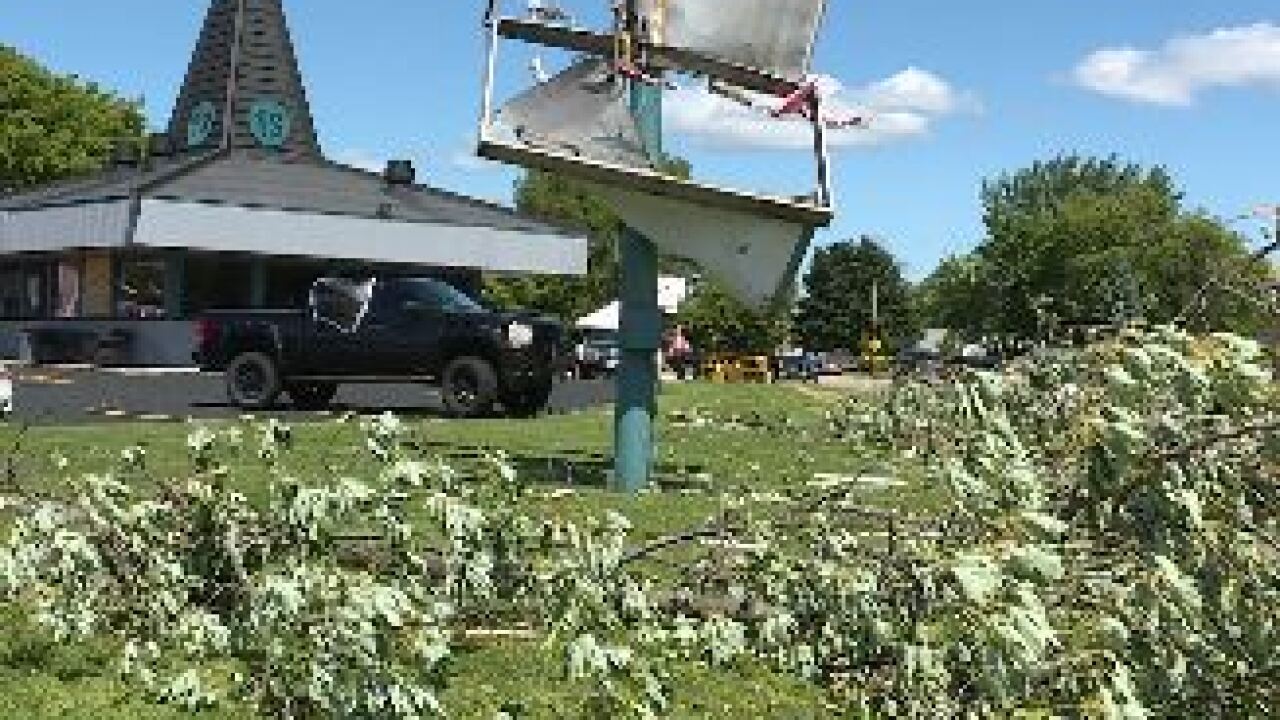 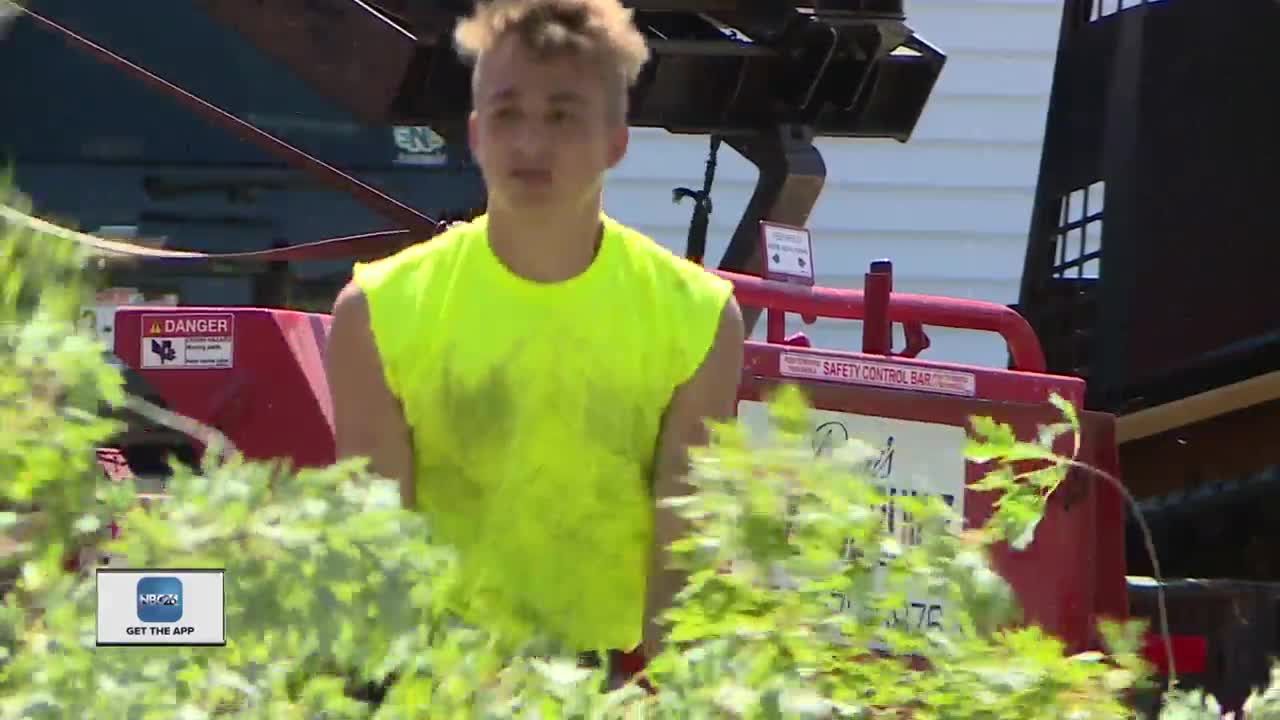 GREEN BAY, Wis — Wednesday's severe weather in northeast Wisconsin meant lights out, for nearly 20,000 people across the state. In east Green Bay where the weather was at its worst, it’s been confirmed that an EF-0 tornado touched down.

As the rain started pouring down and the tree limbs and power lines began to riddle evening commuter's routes Wednesday night, some were forced to seek refuge indoors.

"It was scary. Not only do you have older adults but you have children and we lost power right away," says Rachel Lavine who was working at Happy Joe’s Pizza when the tornado hit.

Lavine was working the register at her store just off of East Mason Street in Green Bay Wednesday night when a customer ran inside of the shop and shouted, “get on the ground.”

"It was just a matter of minutes that the actual heavy weather hit," says Lavine.

But just before the worst of the strong winds and later confirmed tornado ripped by her pizzeria, she jumped into action.

"We ushered all of our guests to the center of the building in the restrooms for shelter."

Fortunately it doesn't look like any serious damage took place at Happy Joes and the owners are already planning on opening back up when power is restored on Friday morning. But just across the street at Timsan’s Japanese Steakhouse, things are a bit worse.

"I didn't think it would cause this much damage," say Owner and Chef Tim Long.

Long says the destruction at his restaurant stretches from the interior to the parking lot.

"The roof is now in the parking lot and across the street. Obviously the sign is gone and I have glass throughout the entire dining room."

The Japanese steak house will likely open back up in about a week. In the meantime though, Long is reordering food, storing what he could salvage in another freezer and of course picking up the glass that was scattered across his restaurant.

"The window you see behind me blew out," says Long.

On Thursday the National Weather Service confirmed that an EF-0 tornado was likely the culprit to the mess just off of East Mason Street. NWS say the tornado traveled over six miles through east Green Bay before arriving in the Village of Bellevue. As of Thursday evening, it’s believed the tornado reached speeds of 85 miles per hour.