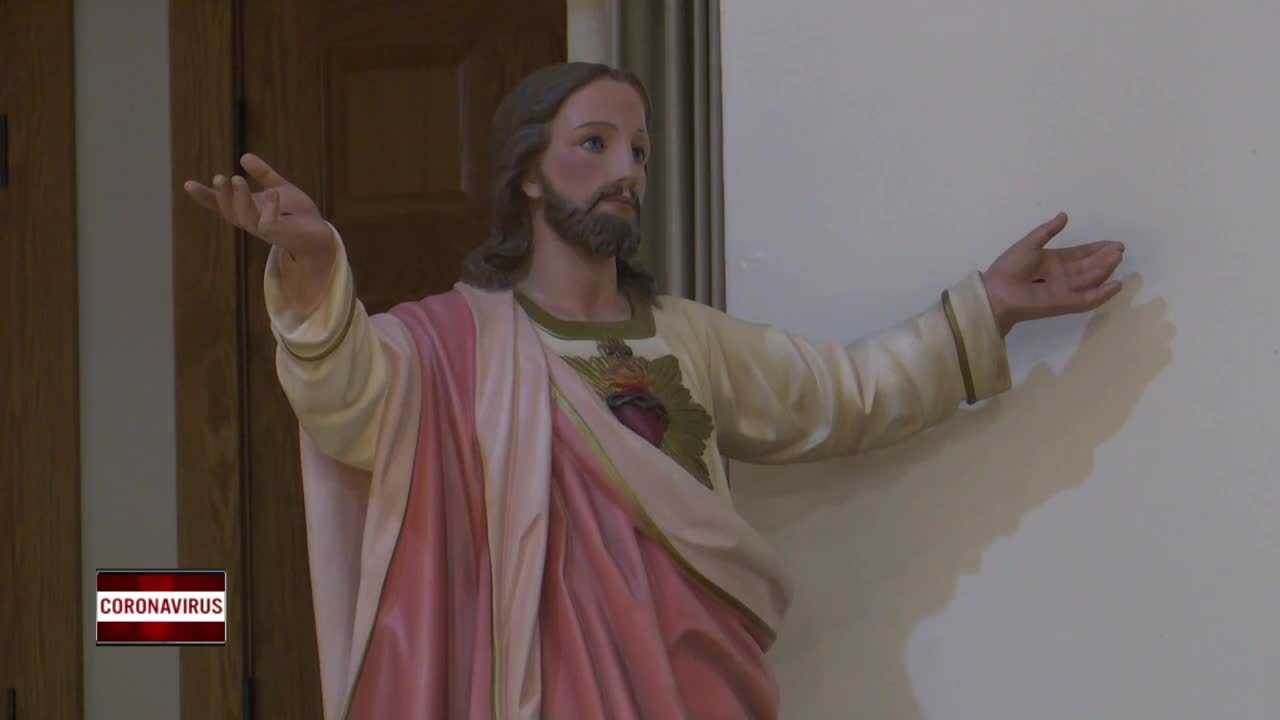 CHAMPION (NBC 26) - The church that Virgin Mary reportedly visited in 1859 remains committed to providing refuge for their community, even admist a global pandemic. In fact, this is the twelveth official pandemic the house of worship has weathered.

Last week, the Diocese of Green Bay suspended public attendance of mass to help slow the spread of coronavirus. Churches, regularly packed on Sundays in a heavily Catholic area, could not maintain in-person worship services alongside social distancing and crowd regulations.

Father John Broussard, of the National Shrine of Our Lady of Good Help, said they knew they had to make adjustments to continue connecting with their congregation.

"We are still looking for opportunities to be a beacon for people, particularly the Shrine,” he said. “We just have to look to different ways to do that now."

Thousands of pilgrims from around the world have sought out the Champion Shrine, known as the only Church-approved Marian apparition site in the United States. In 2016, the United States Conference of Catholic Bishops declared it a National Shrine.

While this is a much more widely accessible option for patrons of all abilities, locations, and walks of life, virtual mass is not without challenges and departures from the norm; Father Broussard noted that it was going to take some getting used to.

"We are encouraging people to make what we call spiritual acts of communion; you can't receive it physically, but we encourage people watching the mass to do it spiritually, which means asking God to come to them,” Father Broussard explained.

The Champion Shrine was gifted multiple cameras, software, and other technology years ago from a generous donation, to prepare them for this sort of situation. The remote-controlled cameras are placed around the chapel, and they've designated a small control room in the Mother of Mercy Hall to produce the digital service.

Father John hopes to continue providing peace by making the most of the opportunity with a little help from technology.

"Our message hasn't changed," Father Broussard said, insisting that this moment in history is "none less grace-filled" than any other time.