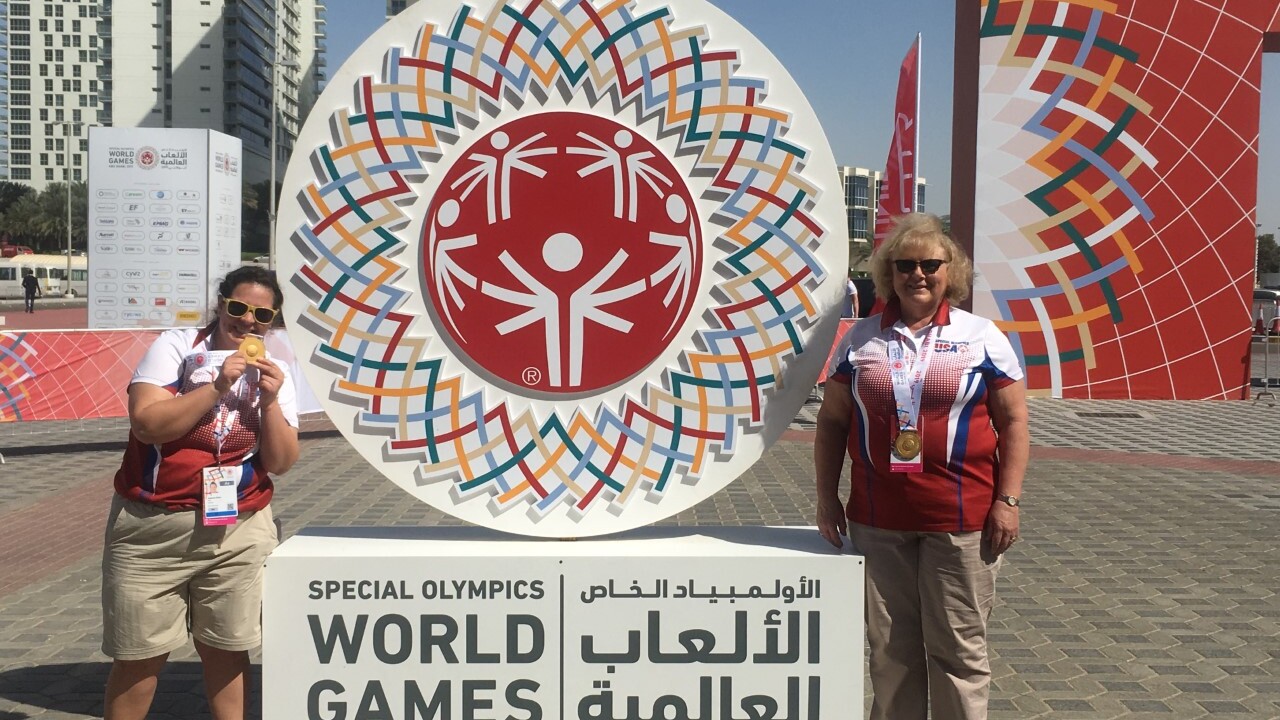 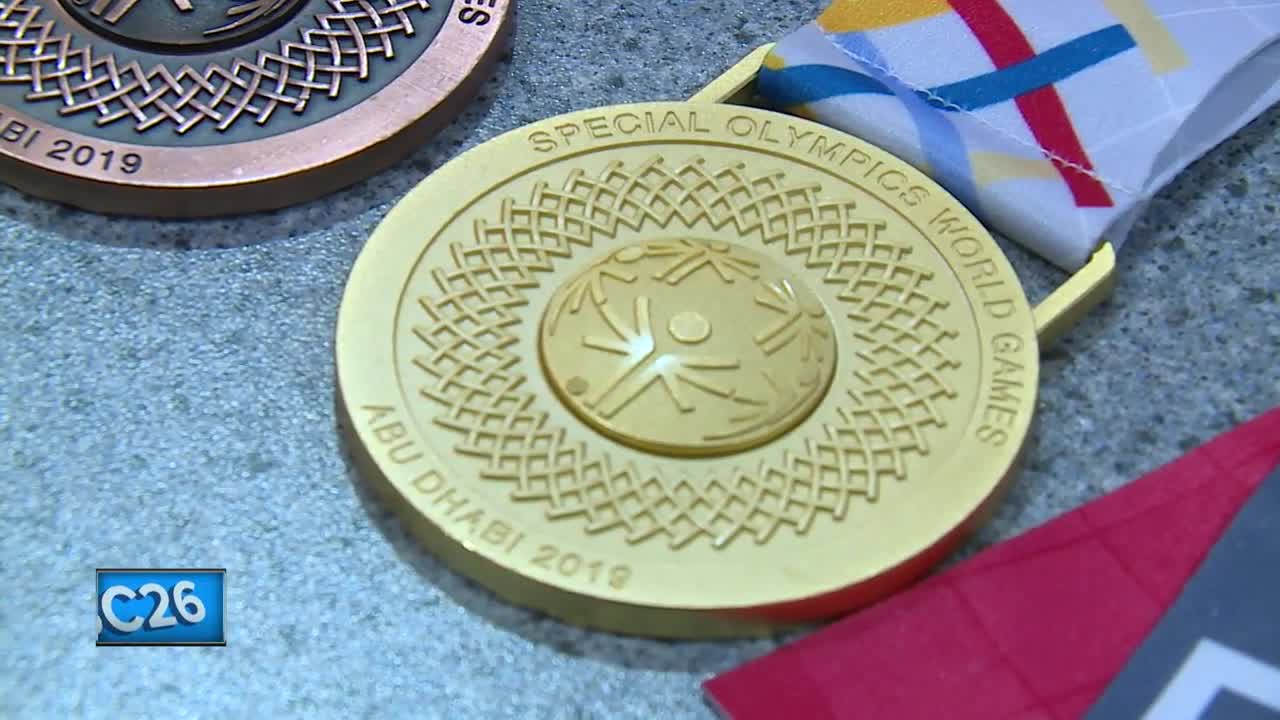 ASHWAUBENON, Wis. — It's the same mindset every time Joanna Stein steps up to the lane.

"It's all about determination and confidence, and knowing that you can do it," she said.

Stein will lock her two eyes on the ten pins in front of her. She often knocks them down. The pins might as well be barriers on her way through life - falling one by one.

"It took a lot of hard work and dedication," Stein said.

This year, her dedication took Stein to Abu Dhabi to compete in the Special Olympics World Games. She came back with some hardware - first place in unified doubles, third place in team, and fifth place in singles.

"It feels amazing," Stein said. "And I feel like a superstar."

She's not the only one in her family with some hardware. Mom is also a gold medal winner after their unified doubles team came in first.

"It was an amazing experience," Joanna's mom, Pat Pipkorn said. "We traveled halfway around the world, the two of us together."

It was a trip that meant much more than bowling.

"Joanna and I have always been very very close, but i think the fact that we spent two weeks together in competition and experiencing another culture in a foreign country just kind of built upon that bond that we have," Pipkorn said.

It's a bond with each other and the organization that made it possible.

"To be in Special Olympics has changed everything for me," Stein said. "It changes my impact in life, and I don't see people with disabilities, I see people with abilities."

For her, it's the hard work and the confidence that gives her the ability to do what she loves - knock pins down frame after frame.