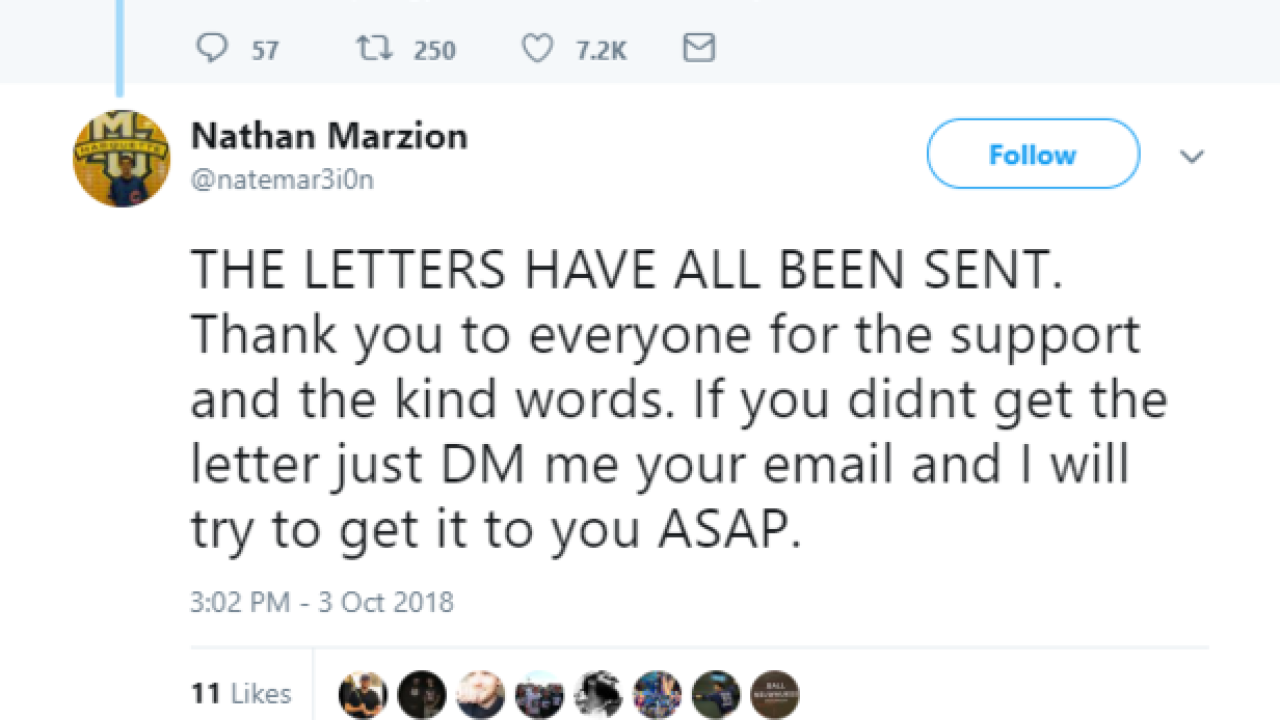 A tweet a Cubs fan sent almost four months ago is getting a lot of attention from Brewers fans, according to WISC-TV.

On May 25, just about two months into the MLB season, Nathan Marzion was confident his favorite baseball team, the Chicago Cubs would finish ahead of the Milwaukee Brewers in the National League standings.

He tweeted, “If the Brewers finish ahead of the Cubs this year I will write a 1,000 word apology letter and send it to everyone who likes this (tweet).”

Be careful what you wish for, Nathan.

On Oct. 1, the Brewers and Cubs play in game 163 which decided who would be the NL Central champions.  Milwaukee beat Chicago 3-1 and the Brewers finished ahead of the Cubs in the standings.

After the Brewers victory, the Milwaukee Brewers twitter page replied to Marzion's tweet with Miller Park’s address and thanked Marzion.

THE LETTERS HAVE ALL BEEN SENT. Thank you to everyone for the support and the kind words. If you didnt get the letter just DM me your email and I will try to get it to you ASAP.

Thanks, @natemar3i0n. We got our letter. We appreciate you being a good sport! Go Brewers! #OurCrewOurOctober pic.twitter.com/T66rAUirD4