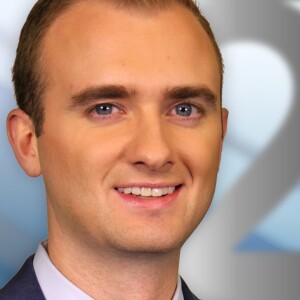 HOWARD — Apple-Licious Orchards in Howard is a rather new business with their second year of production. They have over 3,000 trees and 18 different varieties. Most of us would think that apples are picked in September, but different varieties, that allows the harvest season to begin in august and last through October.

The apple trees did bloom slightly later than normal in the spring but have been playing catch up ever since. This summer however did cause additional issues when line of severe thunderstorms toppled over many trees.

"We had had about 500 trees leaning at a 30 to 45 degree angle so I had to go out and tamp the ground around the stake and when I’m unsuccessful, we need to re-stake so we straightened 500 trees and re-staked about 130 of them," said Kurt Leiterman, own of Apple-Licious Orchard.

It's not only Mother Nature that provides challenges to orchard farmers. Insects are just as bad. Japanese beetles eat the tree leaves and then slowly transition to the fruit itself if precautions are not taken.

But with that being said, this year is looking to provide a good crop yield, including one of America’s favorite apples, the Honeycrisp

“Honeycrisp is number one. I have a newer variety called Connell Red. It's not new, just newer to our area and people really like that when they run out of Honeycrisp,” said Kurt Leiterman.

Or perhaps you're looking for the biggest apple of them all. The wolf river apple can weigh up to one pound and is commonly known as the one pie apple.