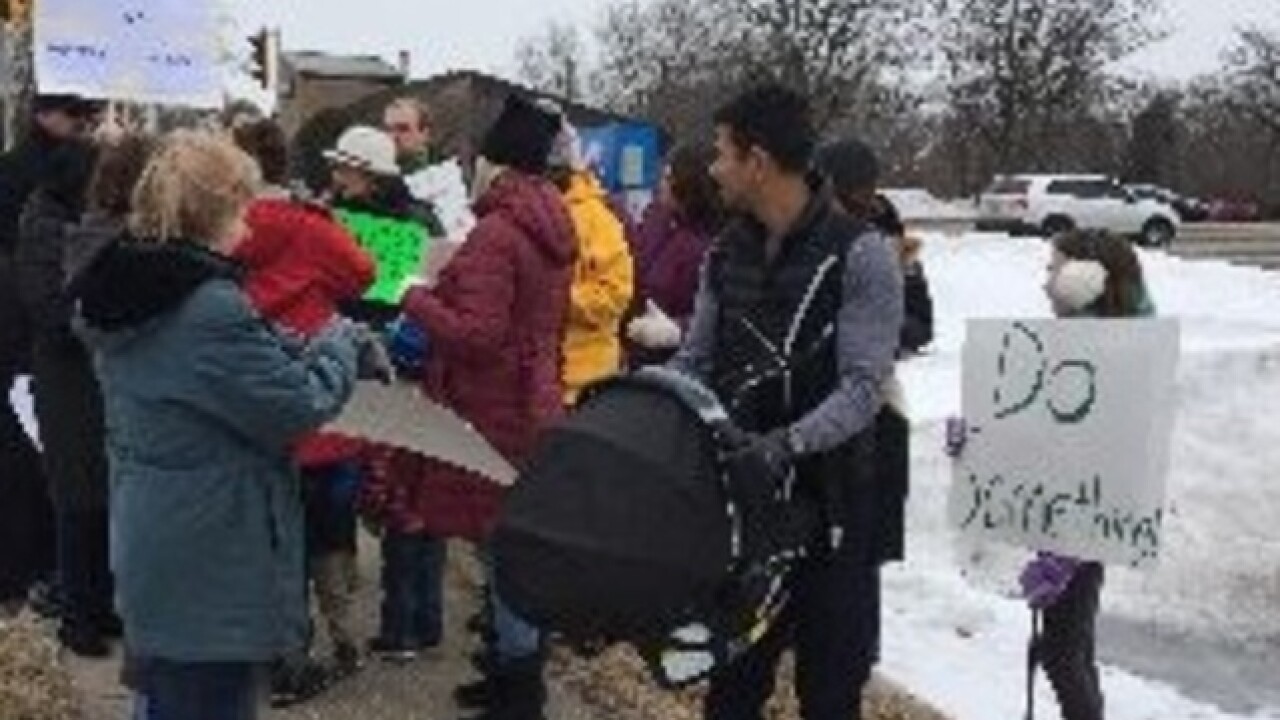 With each passing car and each honk of a horn, a group of Green Bay parents and gun reform advocates hope to drive a push for change.

"It can't happen anymore, we have to do something," advocate Elizabeth Paulson said. "We have to push for something to happen."

Advocates said after another deadly school shooting that the time for true reform is now.

Congressman Gallagher says reports show this shooting may have been preventable, and any breakdowns in the law enforcement system need to be investigated and remedied. His full statement is below.

“I am heartbroken by the taking of so many innocent lives this week in Florida.  No parent should have to worry about their child’s safety at school, and no child should be in danger in their place of learning.

Alarming reports show that this may have been preventable given that the shooter’s background had been flagged for the FBI— and serious questions need to be answered about why the agency did not look into the shooter further. It has been widely reported that police responded to more than 30 emergency calls to his residence since 2010, he posted violent messages on the internet, and was even banned from the school’s campus for fear he would harm other students. Taken together, these points reveal a catastrophic failure in our coordinated law enforcement system, and they demand a thorough review so we can prevent a similar tragedy from happening again.

We cannot tolerate breakdowns in the systems we rely on to protect us, and we need to investigate exactly where this failure occurred and remedy it. The men and women of law enforcement are among the bravest and most dedicated Americans, but glaring failures like this cannot happen again.

I am fully committed to working with my colleagues in both parties, especially through my service on the Homeland Security Committee, and I fully support a joint commission to examine gun and all forms of violence. We must work to make our country a safer place for students and every person blessed to call our nation home.”