Accident victim speaks, hopes to save lives during Party at the PAC 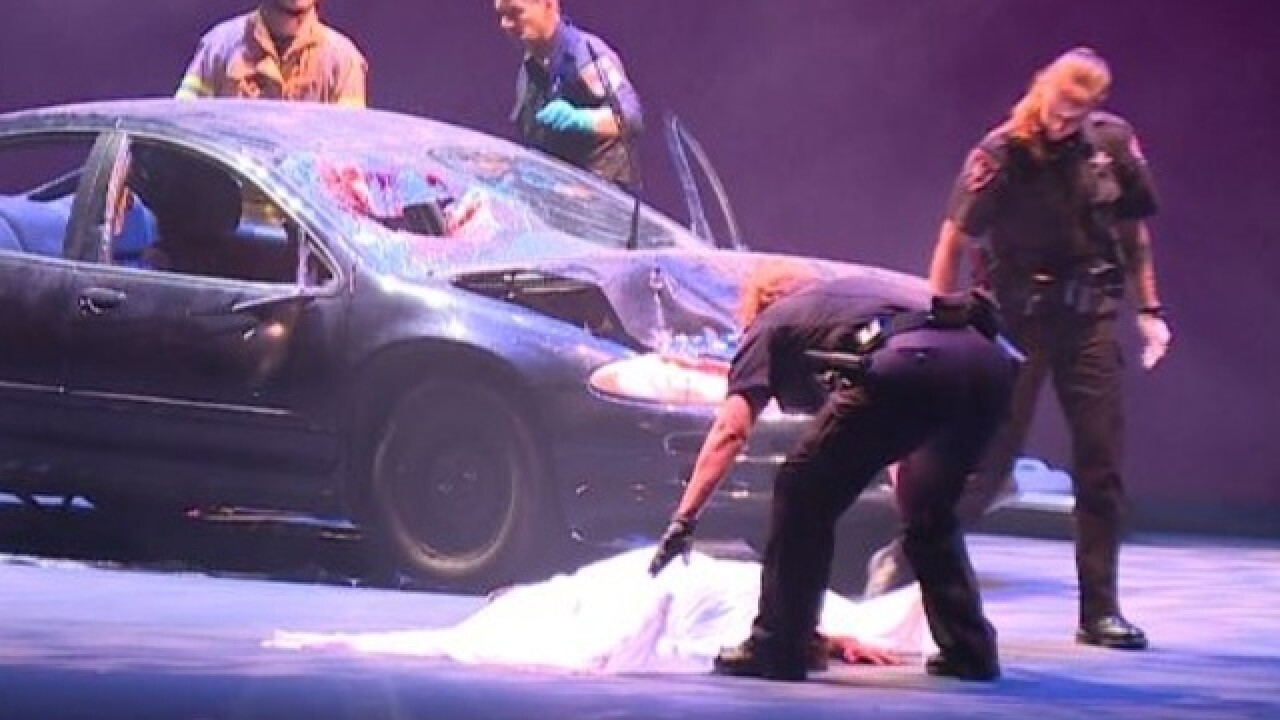 Mark Friend lost his leg when a driver didn't completely clear the frost off her window in 2013.

He’s gone through more than 30 surgeries since.

Now, he's trying to help keep kids from making the same mistake the driver did.

Friend is speaking Wednesday and Thursday with about 5,700 teens from 39 high schools in Northeast Wisconsin about the dangers of risky behavior behind the wheel at ThedaCare's P.A.R.T.Y. at the PAC.

P.A.R.T.Y.  stands for Prevent Alcohol and Risk Related Trauma in Youth. The event was held at the Fox Cities Performing Arts Center.

Friend says if he can save just one life, everything he went through will be worth it.

Since ThedaCare launched the program in 1998, it has reached about 60,000 area teens.

“Everyone thinks ‘it can’t happen to me,’ but it can,” Georgen said in a press release. “While the stories we share at P.A.R.T.Y. change every year, when we started out there was a big focus on wearing seat belts and texting while driving did not even exist. The message remains the same: teens need to make good choices when they get behind the wheel.”