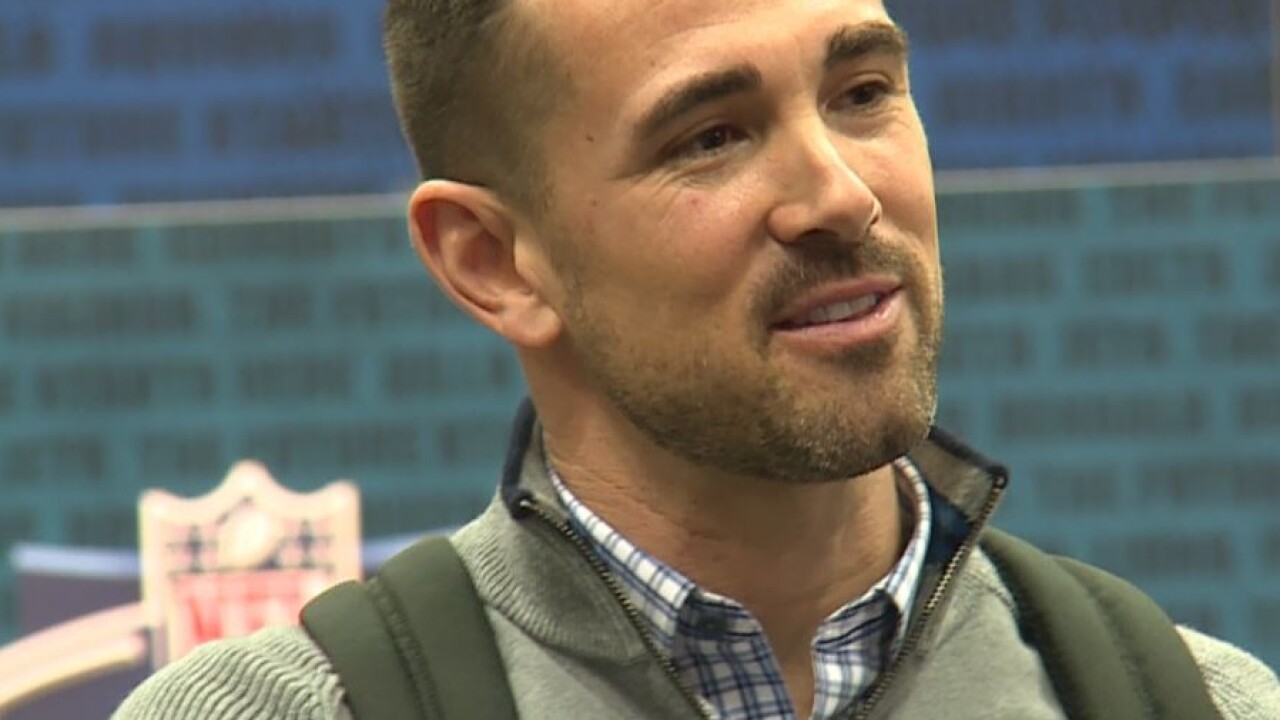 INDIANAPOLIS, In. — 1. Matt LaFleur is still getting used to all this.
The 39-year-old (kind of) joked that the biggest surprise about being a head coach for the first time is the amount of media coverage he’s receiving. He still can appear timid or trepidacious when taking questions, and he said he’s still getting used to the juggling of time as a first-time head coach. “It’s a little different” overall, LaFleur said Wednesday in Indianapolis. “It’s something I’m going to embrace. Any time, for any of us, you have to get comfortable with the uncomfortable to grow.”

2. Brian Gutekunst is not.
The second-year general manager was calm, cool and collected when addressing reporters. He said this is his favorite time of year and he feels in his element when evaluating prospects and interviewing them at the NFL Combine.

4. LaFleur’s offense doesn’t really change the way the Packers scout and draft.
Gutekunst said there will be minor adjustments, but that the core of the type of players the Packers draft will not change. “There’s some differences in their offense and some minor things that we’ll adjust to. But we’re looking for good football players and that hasn’t changed.”

5. Gutekunst likes the edge-rushing prospects this year.
The Packers hold the No. 12 and No. 30 overall picks, and most mock drafts link one of the many top-end edge prospects with Green Bay at at least one of those slots. The Packers GM said that position is “really strong in this year’s draft, which is a good thing, exciting for us.”

6. Prospect interviews aren’t make-or-break, but fill-in-the-crack supplements.
Area scouts provide the foundation for the reports on every prospect the Packers evaluate, and interviews at the NFL Combine and elsewhere are good ways to fill in any cracks. “A lot of it is to verify what you already know,” Gutekunst said, but “certainly guys come here and you get sold so to speak.” Matt LaFleur said “it is truly hard to get a great feel for somebody in 15 minutes, but I think there are some telling signs,” which is why the Packers contingent tries to throw what LaFleur called “curve balls” to try and dig deeper past pre-rehearsed answers.

7. The draft board is solidified about 10 days after the NFL Combine.
This was a direct estimate from Gutekunst, who said the Packers have been meeting for the last 17 days to prepare just for the NFL Combine. Once free agency opens up and the Combine is said and done, Gutekunst said things crystallize on their big board.