Bernie Sanders drops out of the 2020 race, clearing Joe Biden's path to the Democratic nomination
Entertainment

Celebrity tributes pour in for 'Queen of Soul' Aretha Franklin 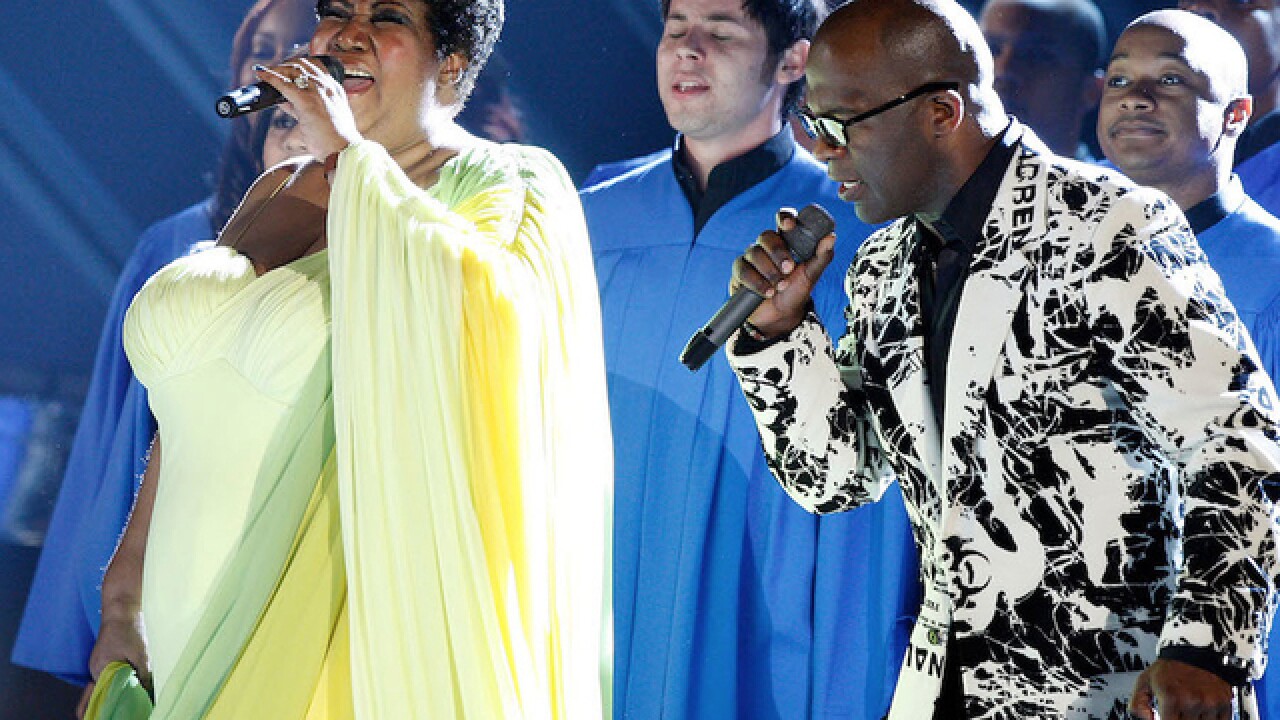 A one-of-a-kind voice in the musical world is being remembered as a person who's left an unfillable void in the music industry.

Aretha Franklin, who died Thursday after a battle with pancreatic cancer, is being honored by her peers across multiple generations and musical genres as a legend and the undeniable queen of all things soul.

"I'm absolutely devastated by Aretha's passing," Davis told CNN's Don Lemon. "She was truly one of a kind. She was more than the Queen of Soul. She was a national treasure to be cherished by every generation throughout the world. Apart from our long professional relationship, Aretha was my friend. Her loss is deeply profound and my heart is full of sadness."

"This photo was taken in 2012 when Aretha & I performed at a tribute celebration for our friend Marvin Hamlisch," Streisand wrote in a tweet. "It's difficult to conceive of a world without her. Not only was she a uniquely brilliant singer,but her commitment to civil rights made an indelible impact on the world."

"Salute to the Queen. The greatest vocalist I've ever known."

"The loss of @ArethaFranklin is a blow for everybody who loves real music: Music from the heart, the soul and the Church. Her voice was unique, her piano playing underrated -- she was one of my favourite pianists."

"The Queen of Soul has left this earth to sit on her throne in heaven. How blessed we were to hear the best that God had to offer in her voice. RESPECT!"

"LADY SOUL. The first woman inducted into the Rock & Roll Hall of Fame, Aretha Franklin was an artist of passion, sophistication and command, whose recordings remain anthems that defined soul music. Long live the Queen."

"Hillary and I mourn the loss of our friend Aretha Franklin, one of America's greatest national treasures. For more than 50 years, she stirred our souls. She was elegant, graceful, and utterly uncompromising in her artistry. Aretha's first music school was the church and her performances were powered by what she learned there. I'll always be grateful for her kindness and support, including her performances at both my inaugural celebrations, and for the chance to be there for what sadly turned out to be her final performance last November at a benefit supporting the fight against HIV/AIDS. She will forever be the Queen of Soul and so much more to all who knew her personally and through her music. Our hearts go out to her family and her countless fans."

"I was honored to present Aretha Franklin with the key to our city last year at her last show in Detroit. She earned the love and respect of millions of people, not just for herself, but for the city she loved so dearly and called home. We are deeply saddened that she has passed."

"Our deepest condolences to the family and friends of Aretha Franklin. Aretha was a groundbreaker and an icon whose legacy will live on forever."

"Her voice; her presence; her style. No one did it better Truly the Queen of Soul I will miss you!"

"From the time that Dinah Washington first told me that Aretha was the 'next one' when she was 12 years old until the present day, Aretha Franklin set the bar upon which every female singer has and will be measured. And she did it with the professionalism, class, grace and humility that only a true Queen could. I treasured every moment that we spent together from working in the recording studio, to performing on the steps of the Lincoln Memorial, or simply hanging in the kitchen, and I will miss her dearly. RIP Ree-Ree. You will reign as the Queen forever."

"She was the heart and soul of our city. She did everything for our city," Linda Solomon, a friend of Franklin and native of Detroit, told CNN.

"She once said when I'm not on stage, I am the lady next door. I would see Aretha at Kroger's. I went to the cashier and said, 'Did you see Aretha in the produce aisles?' She said, 'She's always here.' She was down to earth, she was unassuming, she was wonderful to work with."

"Because it's the queen, you do what she says," Bryson told CNN Thursday. "One of the things you never said to Aretha Franklin was, 'No.' "